As the olive harvest ends, local farmers discuss how olive oil is central to California culture

California extra virgin olive oil is some of the best in the world, and it all begins with the harvest. 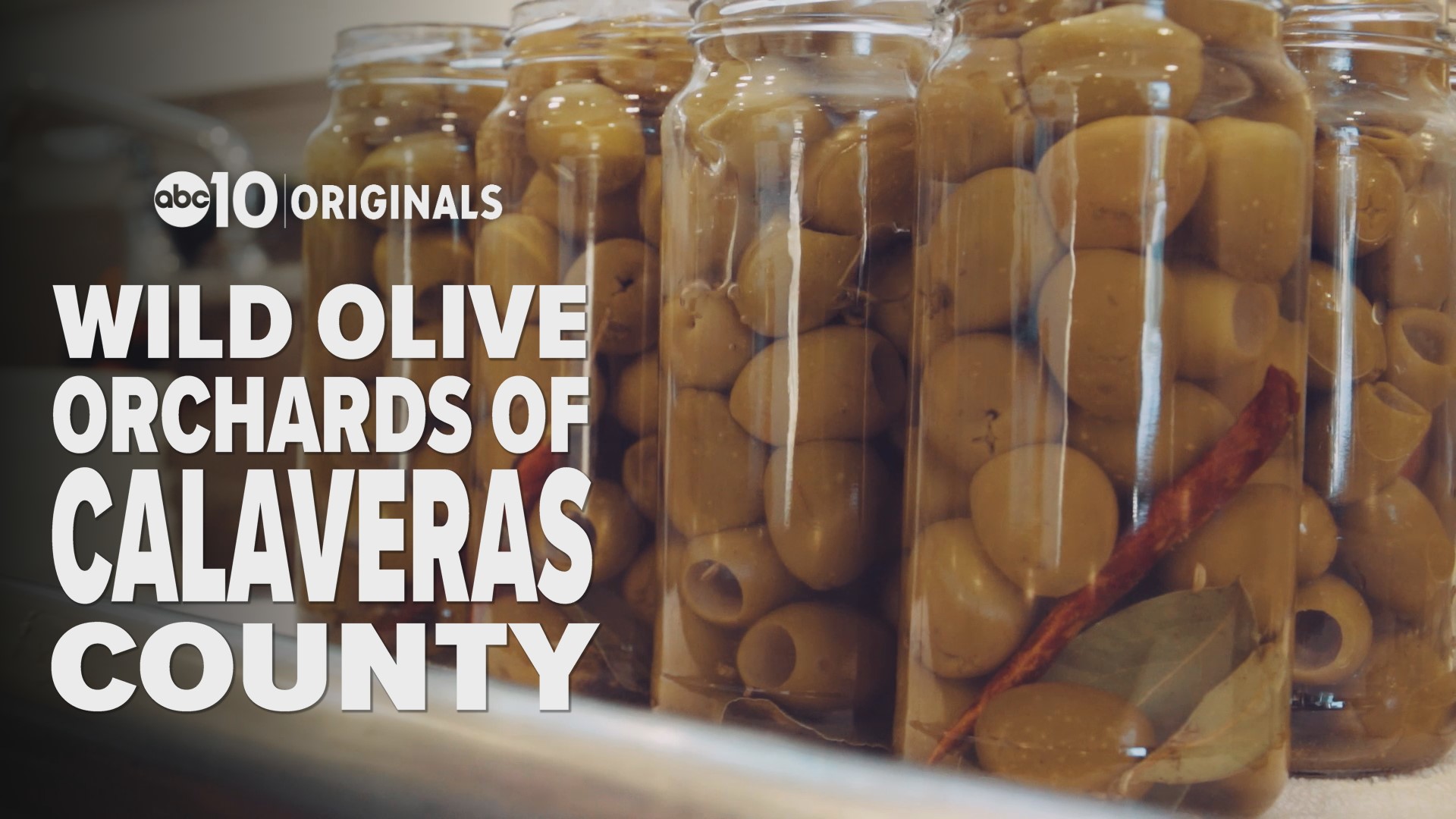 CALIFORNIA, USA — "Olive oil is the new wine." It's a phrase that we at ABC10 have been hearing a lot lately. But what on Earth does it mean? After all, olive oil can't be sipped from a glass. It's non-alcoholic, used for cooking and warm, crispy bread dipping.

Olive oil doesn't have a thousand fancy names and varieties that indicate the exact region from which each grape grew from each vine.

However, olive oil and wine are very much alike in some ways (and not so similar in others).

It all starts with the harvest.

"You look at craft beer: you can brew a batch of beer any time," said Rick Mindermann, store director of Corti Brothers in Sacramento. "With wine and olives, you have a season, and you have one shot a year."

That "one shot a year" deal is no exaggeration. The olive harvest lasts roughly from late August to November, and with so many factors—growing, picking, milling—needed to produce a quality virgin olive oil, it's easy to get a bad batch. Just this year, Europe had the hottest summer on record. This led to a 57 percent reduction in Italy's olive harvest and is driving Italy towards the unthinkable—importing olive oil from other countries.

Let's repeat that. Italy, which has been producing olive oil since the Roman Empire, may have to resort to imports to cover national demand.

However, in California, olive farming is going strong. Whereas the wine industry has seen devastating losses in the past due to dry growing seasons and rampant wildfires, olive farms have been largely untouched by weather, smoke and fire.

Olive oil production in California has been growing by leaps and bounds in recent years. In comparison to Europe, California has much more stringent agriculture regulations. This ensures that farmers are making high-quality Extra Virgin Olive Oil, excellence that is unmatched in many ways.

Extra virgin olive oil is more than just a line of industry, though. Olive oil has always been an innate part of the culture here in California.

"[Olive oil has] been in California for a long time," Mindermann said. "The Spanish missionaries brought olives and grapes to California, so the climate and the culture were two things that brought it here—the European culture, the Spanish culture."

Even with a long history behind it, olive oil production was mostly relegated to Southern California until around the 1850s, when California officially became a state. You know the story: Gold Rush ensues, thousands flock to San Francisco and Sacramento looking to find their fortune. Despite an initial fervor in the Sacramento Valley to plant and cultivate olive trees, olive oil production nearly disappeared in the 20th century in Northern California.

Then, in the 1990s, olive oil came into vogue. The oil was touted for its use in gourmet cooking and for its health benefits, bringing new interest to the industry. Seeing the market potential, California Olive Ranch began milling oil using new, modern techniques.

"There was a Spanish company that brought mechanical harvesting through tight-row planting—California Olive Ranch was one of the first to do that," Mindermann said. "So now you could mechanically harvest faster."

This is important because the shorter the time it takes to get the fruit to the mills, the more superior the product. When olives are picked, they die. The fruit starts to decay, and as such, begins to ferment. Larger farms must pick fast and mill even faster.

So, we talked to California Olive Ranch.

"At our core, we are farmers who continue to learn and improve upon our techniques in order to consistently deliver quality products," Michael Fox, CEO of California Olive Ranch said in an email interview. "It’s no secret that farming is a difficult business and growing olives is not without its challenges."

Like wine grapes, olives are a sensitive crop. Even small changes to climate, soil, and other conditions can render a crop unusable. Unlike grapes, however, olives are alternate bearing, meaning one year, a tree will produce a large amount of fruit. The next year, the crop will be noticeably smaller. Growers need to take all of these factors into consideration when it comes to the harvest.

"We and our grower partners harvest at the end of the year, due to how olives mature, and so we are racing against the weather to get the olives off the trees and into the mill efficiently," Fox said. "It’s a lot of science and art to find the best time to start harvest so that we are hitting the right quality and maturity to make the best olive oil. It's an exciting time of year where our teams work tirelessly to get it all done."

One way that the milling process is becoming more efficient is through something called "mobile milling," which is a new form of technology designed to expedite olive oil production.

Mobile mills, like the one shown in the video above, often include the most updated technology. Some have mechanization that extracts olive oil in a vacuum. There is no oxygen, so there is less decay throughout the process.

"You're taking oxygen out of the equation," Mindermann said "The fact that you have a mobile mill, it's right there in the fields. You pick it, you mill it, and you extract it right there."

Machine picking isn't the only way to pick olives, of course. Handpicking is still employed by select farms, like Pine Mountain Olive Farm. Roger and Kate Schafer, who own the farm together, harvested a bountiful crop on the first weekend in November.

"So for our farm, with its approximately 500 trees, this year it took us from dark to dark on Saturday and Sunday, and then two more hours on Monday morning," Roger said. "It's very labor-intensive. We actually had upwards to 20, 24 people picking on those few days."

For these folks, mobile milling and machine picking are nearly impossible because their trees are planted on hills. The terrain is just not quite right.

Plus, Roger adds, studies show that over-handling the fruit can lead to an imperfect product.

"Handpicking is probably the best way in which to harvest the fruit without damaging it during harvest," Roger said.

Either way, California is at the top of its game when it comes to olive oil, and the success of the 2019 harvest is just more proof of this.

So, is olive oil really the new wine? Mindermann is skeptical.

"In one way, they are very compatible, and in another way, they're two different things completely," Mindermann said.

But Fox of California Olive Ranch seems to think the two are very closely related. From harvesting with care and deliberation to finding new flavor profiles and varieties, olive oil is bigger and better in California.

Says Fox on the phrase "olive oil is the new wine":

"We love that this comparison is starting to be made because we’ve felt this way for a very long time! Similar to how wine is created, California Olive Ranch extra virgin olive oil is carefully sourced from different varietals of olives and blended together in different combinations by an expert sensory team in California to attain the same delicious flavor profile consumers have come to know and love." 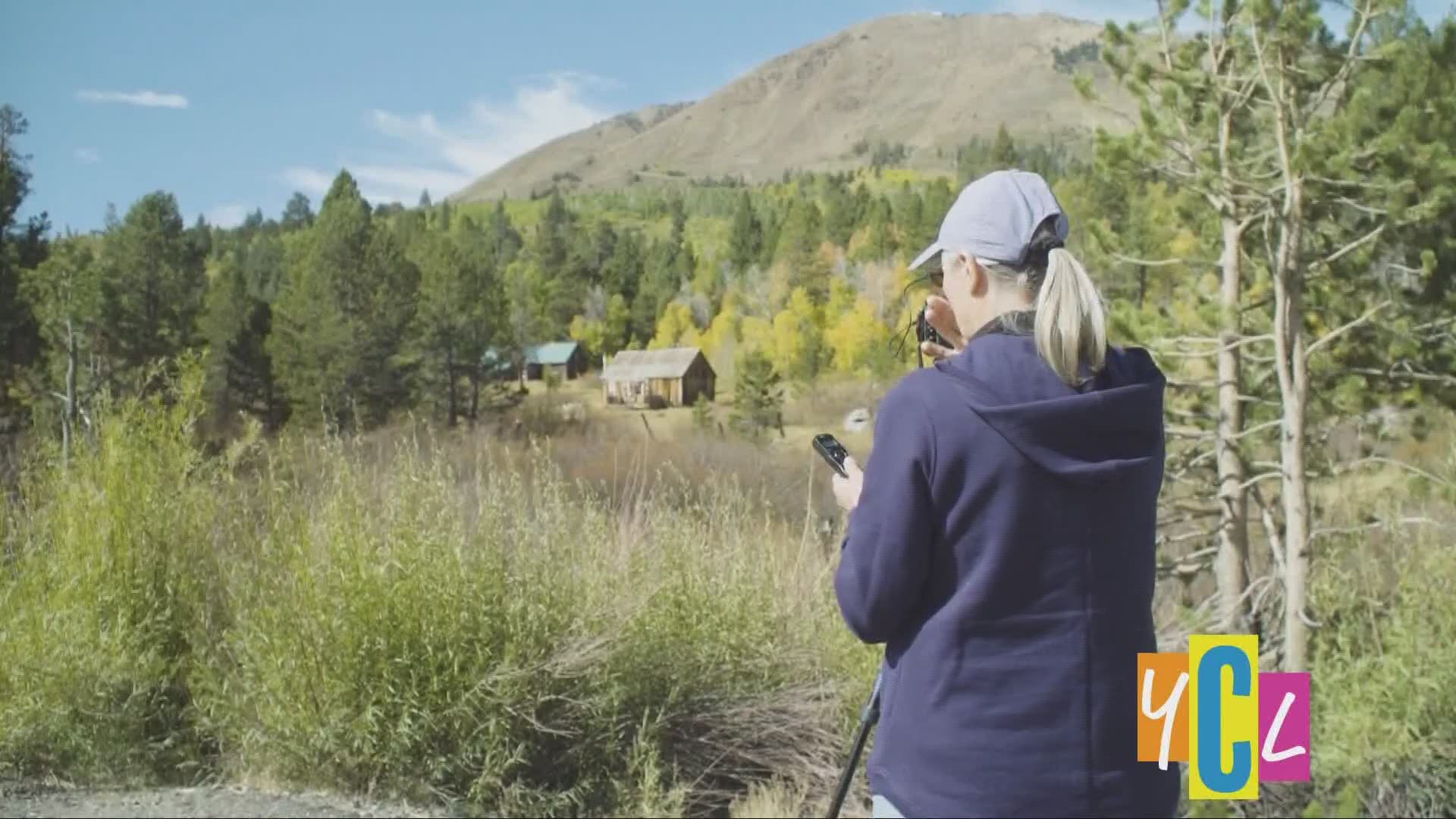