Colleen Kollar Smith, Managing Director for the Moonlight Amphitheater said those in the performing arts industry are feeling some hope and relief. 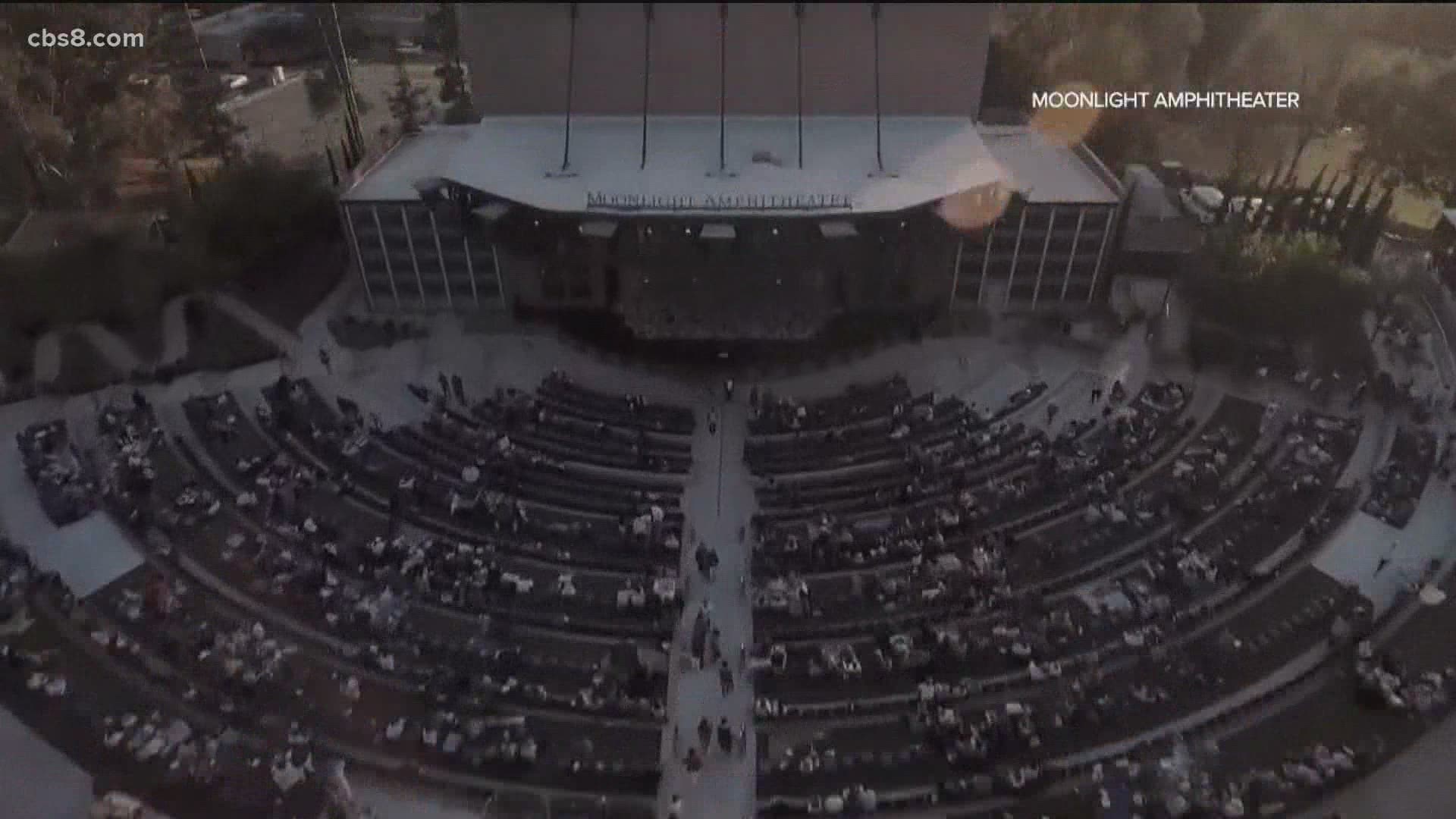 SAN DIEGO COUNTY, Calif. — For the first time in over a year, theaters will be able to lift the curtain and perform live shows once again.

The state has laid out its guidelines for reopening safely amid the pandemic.

For an industry that's been hit hard by the shutdown, it's time for the show to go on.

"It's been rough and our hearts go out to our artists who haven't been able to work," said Colleen Kollar Smith, Managing Director for the Moonlight Amphitheater in Vista.

Smith said, for the first time since the start of the pandemic, those in the performing arts industry are feeling some hope and relief.

Starting this week, outdoor venues in the red-tier can open at 20% capacity.

For the Moonlight that means filling 400 of its 2,000 seats, as well as making changes to ensure social distance can be maintained among those in the audience and on the stage.

"Things will be different but they'll be safe," said Smith.

Some venues however say the limited number of ticket sales will simply not cover the costs of large-scale stage productions.

If San Diego moves into the orange tier, that will allow seating to be at 33% capacity and would be at 67% in the yellow tier.