That raises the statewide death total from 35 to 38. 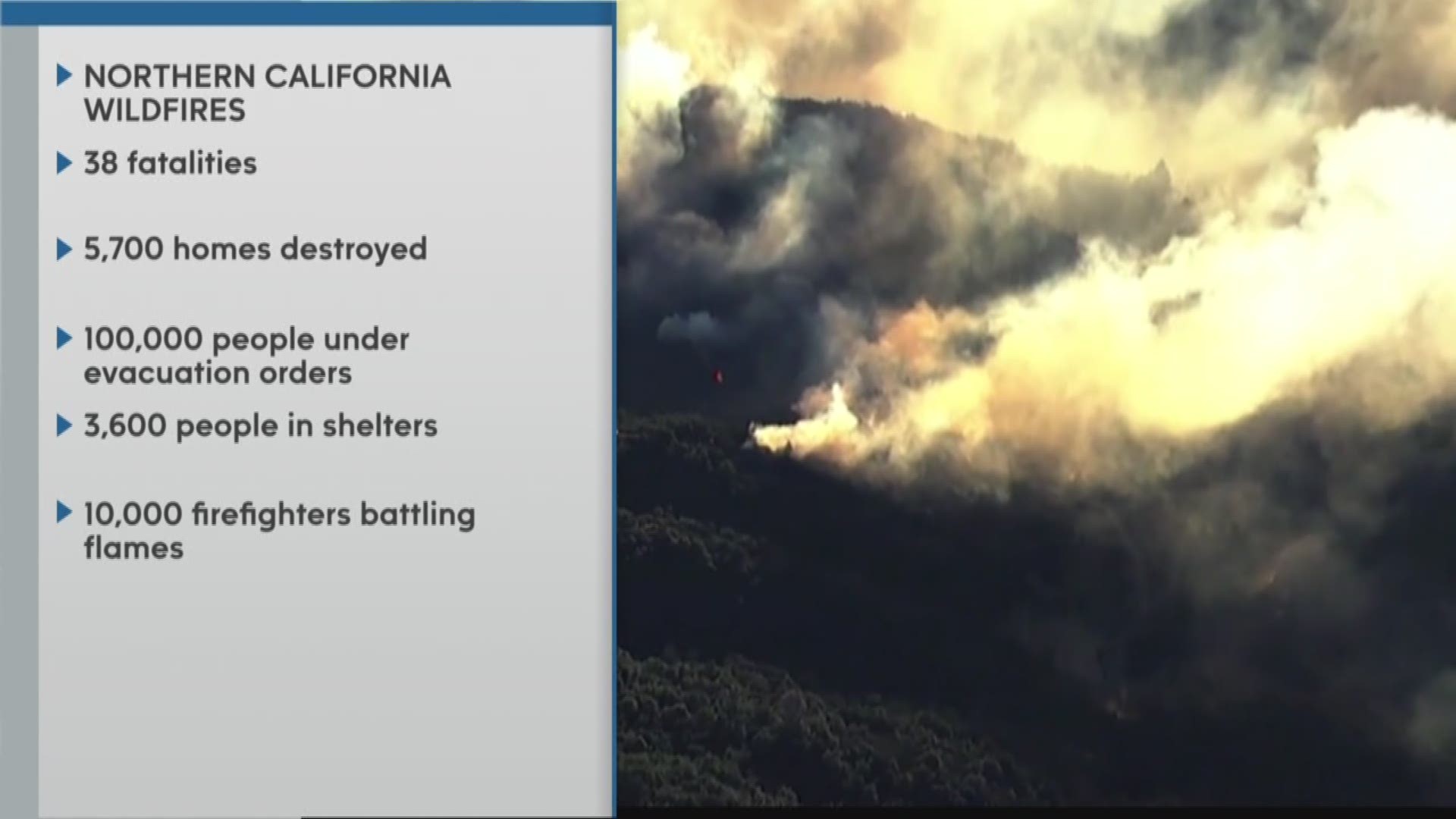 Northern California's wildfires have now killed at least 40 people — making this the deadliest week of wildfires in state history.

Sonoma County Sheriff have raised their total dead to 22 from 20. That raises the statewide death total from 35 to at least 40.

The Oakland Hills fire of 1991 killed 29 people by itself.

While no one fire currently burning has killed that many, collectively this is the deadliest series of simultaneous fires in the state since records have been kept.

The blazes, most of them in wine country, broke out almost all at once on Sunday night.

Firefighters gained some ground on a blaze burning in the heart of California's wine country but face another tough day ahead with low humidity and high winds expected to return.

Thousands of firefighters are battling 21 wildfires spanning more than 300 square miles (777 square kilometers) and more crews are pouring in to help.

Since igniting Sunday in spots across eight counties, the blazes have killed at least 40 people and destroyed at least 3,500 homes and businesses.