The Yolo County Sheriff's Office said that the property owner was not injured. 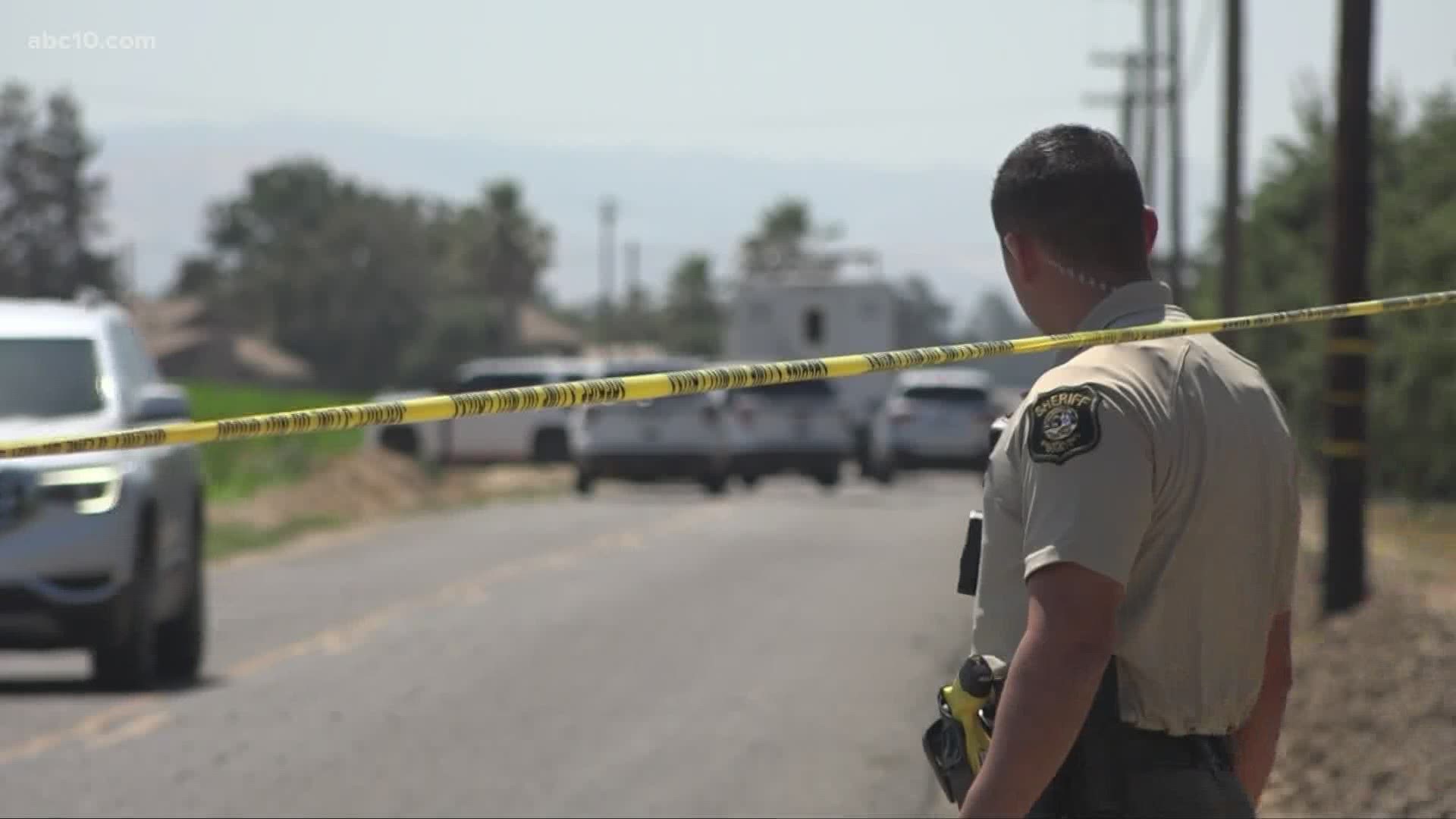 GUINDA, Calif. — One person is dead and another seriously injured after a homeowner shot them after finding them on the property.

The Yolo County Sheriff's Office said they were called to a shooting just after 9 p.m. on Tuesday, July 20, at a home in the 15000 block of Country Road 45 north of Guinda, in rural Yolo County. One of the people who called the sheriff's office was the homeowner, who told them he shot an intruder.

When deputies arrived, they found two people had been shot, a man and a woman, according to a Facebook post by the Yolo County Sheriff's Office. Deputies performed CPR on the man until paramedics arrived, but he was pronounced dead at the scene. The woman was taken to a hospital with a serious injury from the gunshot. The sheriff's office says she is expected to survive.

The homeowner, an elderly man, cooperated with investigators and told them what happened. According to the Facebook post, the homeowner came home earlier in the afternoon and figured out that tools and a gun were stolen from his home. Several hours later, he noticed headlights from a vehicle on his property and was confronted by the two intruders inside the building.

The Yolo County Sheriff's Office said that the homeowner's statements were consistent with the preliminary investigation.

The Yolo County Sheriff's Office said that there are no outstanding suspects and will not release the names of the man and woman at this time. They did say that both had "extensive and recent serious criminal history."

This is the fourth known instance of a homeowner shooting an intruder this summer in the Greater Sacramento region. On June 30, a Modesto woman was killed during a home invasion in Modesto in what investigators called an act of self-defense. A second similar incident happened on July 2, with a Turlock resident shot and killed after trying to break into a home, culminating in an intense shoot-out between homeowner and intruder. The third instance happened in Fairfield on July 6, when a Fairfield homeowner shot and killed an intruder.