Gianna Brocchini, a senior at Ripon High School, will get to weigh in and vote on all decisions at Ripon Unified School Board meetings, except for personnel matters 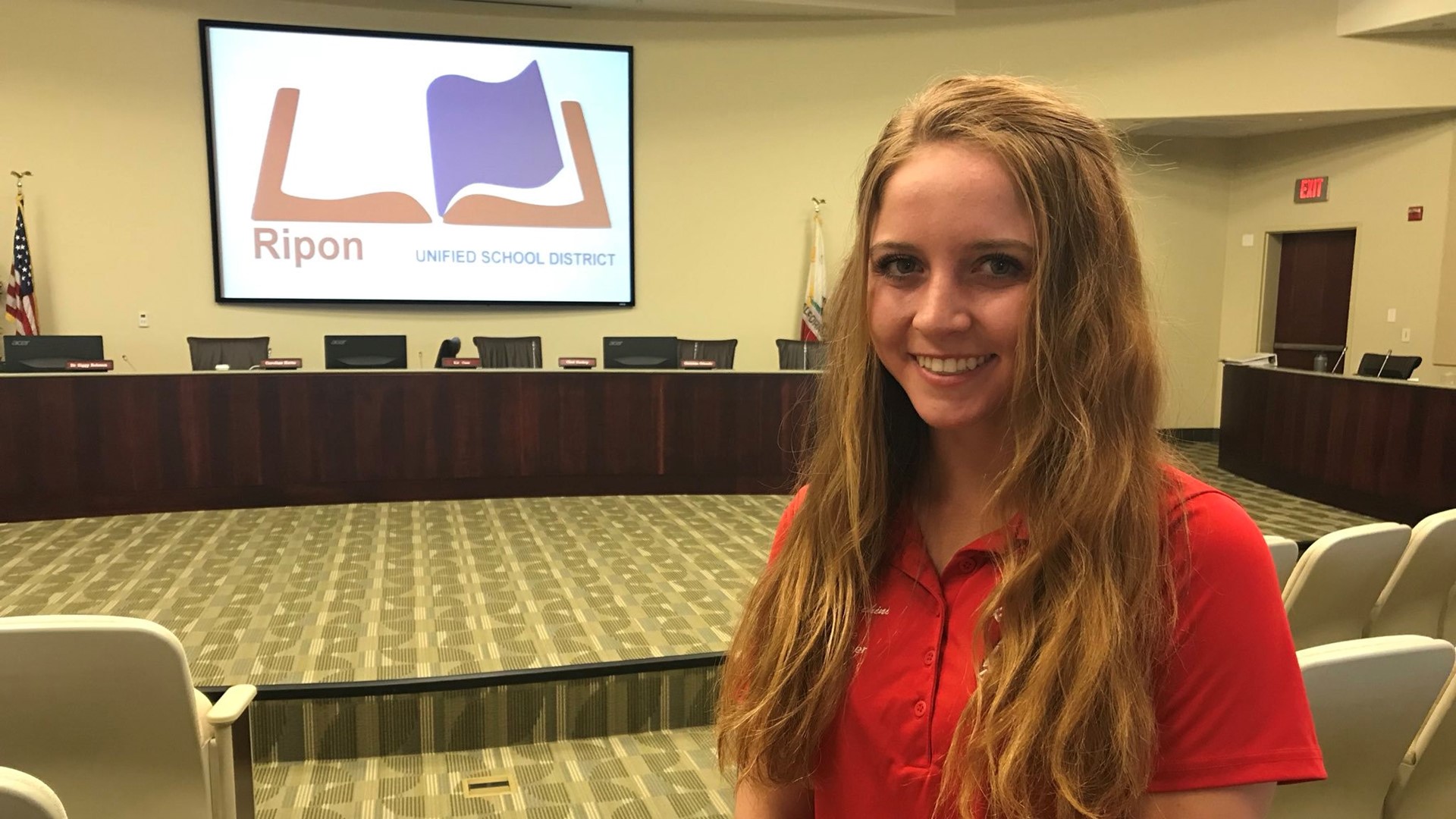 RIPON, Calif. — The Ripon Unified School District has a new voting board member and she hasn't even graduated yet.

The district has once again brought on a high school student to serve on the board, who will get to weigh in and vote on all decisions except for personnel matters.

At just 17-years-old, Brocchini was sworn in on Monday night to join the school board as a voting member.

"I will, of course, try my best to see every side and be very fair. But also I don't want to be quiet, I want to use my voice that I've been given and be fair to everyone," Gianna said.

It's now her responsibility to bring a monthly report to the board on what every school in the district has been doing.

"Today I'll be giving a report on all of the schools for the month of August, so I'll start with Ripon High and then I'll go to August and all of the elementary schools," she said.

And this just so happens to be a bit of a family tradition.

Gianna's grandmother, who was there to watch her get sworn in on Monday, also served on the Ripon Unifed School Board for 13 years.

"I'm just very proud of her. She accomplishes whatever she tackles. When she sets her mind to something, she's going to do it," Michelle said.

On top of all of this, Gianna is dealing with the college application process in hopes of someday becoming a psychiatrist.

"I like being organized and I like the idea of being a leader and being a role model for other people, and it keeps me in line for sure," Gianna said.

Gianna said she's excited to not only represent her classmates at Ripon High, but every student K-12 in the district.

"I'm bringing their voices to the board and I want to hear from them. I want them to be comfortable with sharing their concerns and coming to me and talking about what they think should or shouldn't be done at their school," she said. "I want to hear what they have to say and the board does, too."

School board meetings are held the second Monday of every month in the Ripon City Hall Council Chambers.