The U.S. Supreme Court will hear oral arguments on the Deferred Action for Childhood Arrivals (DACA) case next Tuesday. 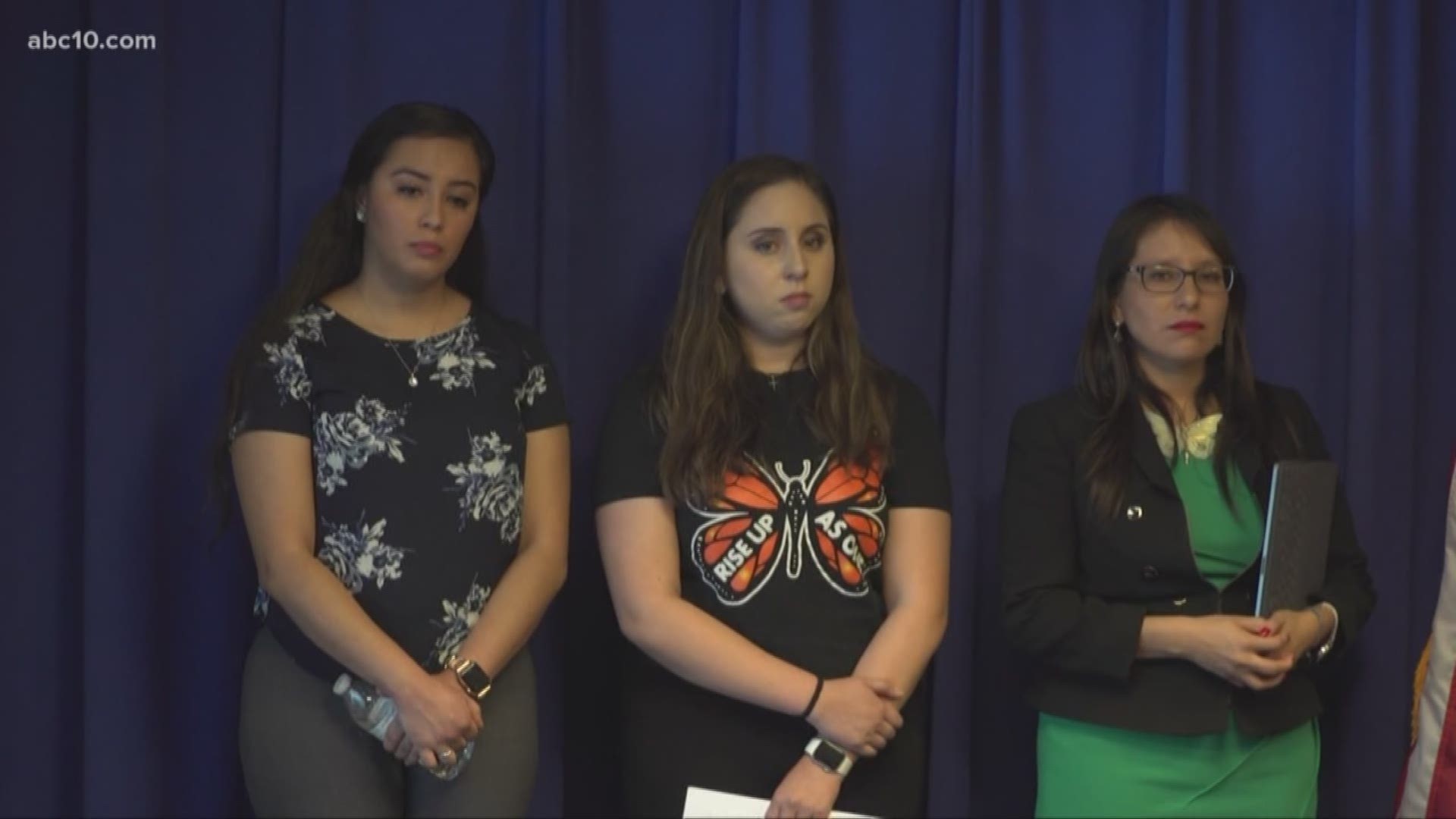 SACRAMENTO, Calif. — She has a criminal justice degree from Sacramento State. Now, she's pursuing her master's degree. And on Thursday, for the first time before the media, Nancy Pacheco let the world know she's undocumented.

"We're not hiding anymore. And we're not scared and we're not going to stand behind the shadows anymore," said Pacheco.

Pacheco is a so-called Dreamer. She was born in Mexico and came to the U.S. illegally with her parents when she was almost 2 years old.

She joined two other Dreamers at a news conference in downtown Sacramento on Thursday flanked by California Attorney General Xavier Becerra.

Becerra says he is confident the high court will rule on the side of the 700,000 DACA recipients.

"Their health, their financial well-being, their livelihoods would be impacted by a bad outcome in the Supreme Court," said Becerra.

Valeria Blanco is a Sociology-Spanish double major at UC Davis. She holds down two jobs on campus to help pay her college. She became emotional when detailing how her parents kept her undocumented status a secret until she got to high school.

"How do I convey to everyone the tremendous fear that comes from being undocumented. The feeling like you are screaming and no one is hearing your pain," said Blanco.

Dulce Garcia is a criminal defense and immigration attorney. She came to the U.S. with her parents when she was 4 years old. Her path to citizenship, so far, has been a difficult one.

"I myself have received numerous hate messages and death threats as a result of this lawsuit. If the Supreme Court doesn't rule fairly, we will come deportable," said Garcia.

Nancy Pacheco hopes to one day be a law enforcement officer. Right now, federal law prevents her dream from becoming a reality.

"We don't fear our situation anymore that we're going use this and take a run with it," said Pacheco.

Other plaintiffs in the case include the Attorneys General from Maine, Maryland, and Minnesota, as well as the University of California.

There is no timeline as to when the high court will issue a decision.