There were sudden but small decreases in emissions seen, but research shows weather played a part in particle distribution and concentrations. 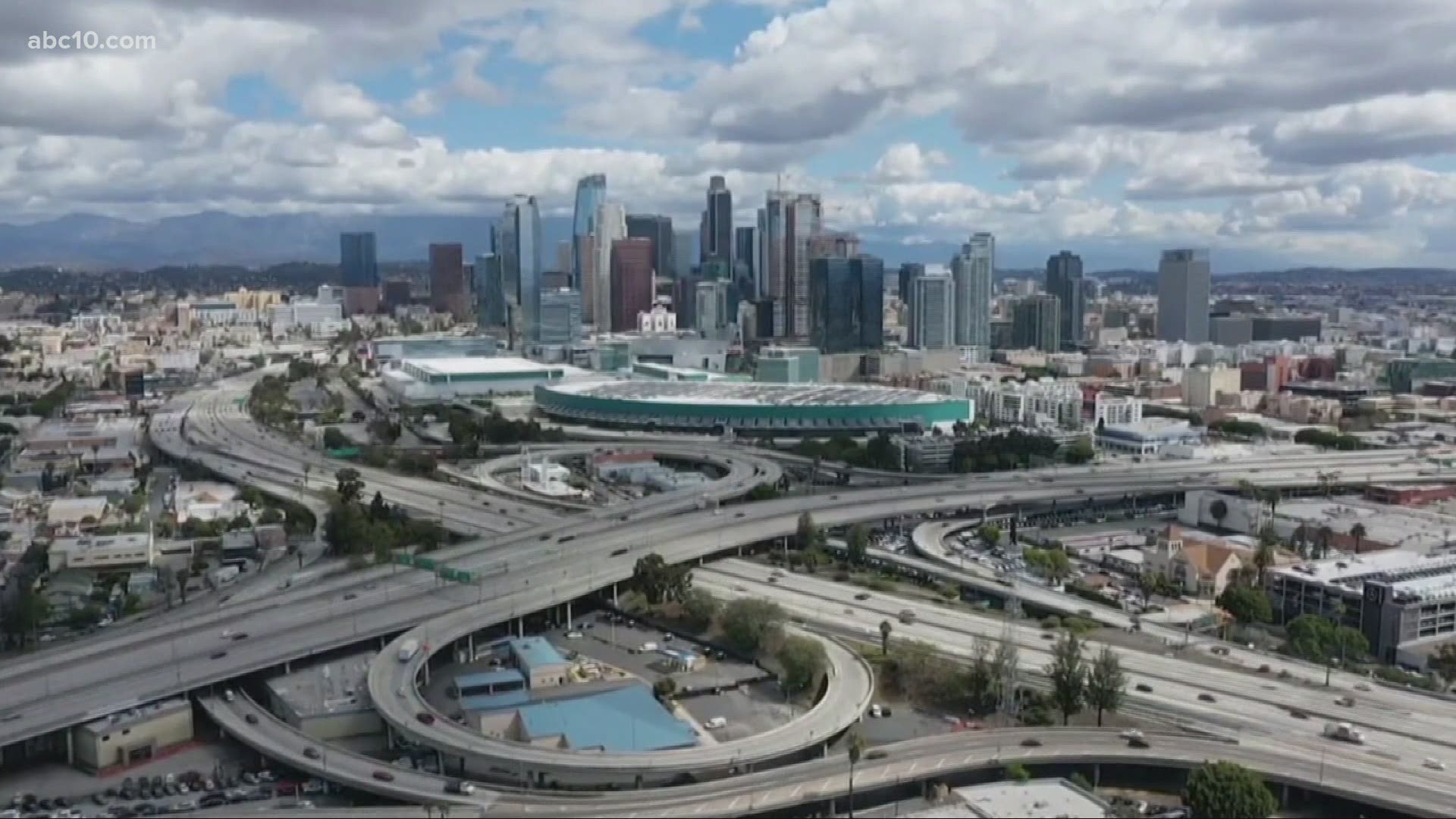 SACRAMENTO, Calif. — The COVID-19 pandemic started with almost a standstill across the globe, from the ground, to the skies, as many sheltered in place.

But what was thought to be a silver lining throughout the pandemic, may not have been as significant as previously perceived.

A study from the University of Birmingham in the UK looked at 11 major cities across the globe that showed immediate drops in Particulate matter (PM 2.5) and Nitrogen dioxide (NO2) levels, in March and April as lockdowns were taking place due to the coronavirus.

That drop in PM2.5 and NO2 meant better air quality. These gaseous compounds are known for causing respiratory issues and lower ozone concentrations. The compounds are typically found from vehicle and industrial emissions.

As the pandemic lockdowns took place, factories were forced to close and travel in major cities plummeted as much as 60%. While the drop in emissions were a bonus for our health and the environment, the long term effects didn't last.

“We have so many things happening at the same time, it’s always kind of hard to figure out, ‘what’s the cause and what’s the effect. What would have happened anyway'," Anthony Wexler, director of air quality research at UC Davis, said.

Air quality monitors showed lower concentrations of pollution in the air, but we’re now learning how much weather conditions played a part in pollutant distribution and concentrations.

“We applied our special techniques to take out the effect of the weather and then looked at how concentrations changed compared to the situation immediately prior to the lockdown and the same period in the previous few years," Roy Harrison, a research and professor at the University of Birmingham, UK, said about the study.

When asked how he and his colleagues were able to "take out the effect of weather," Harrison said they were able to use a "very clever machine learning techniques that you feed them lots of data from past years and the computer can learn how the different weather factors affect the pollution concentrations."

“Whenever they’re doing a comparison, between pre-COVID and post-COVID they have to figure out when the weather conditions are the same so they’re making a fair comparison,” Wexler said.

“London received a lot of it’s particles that are formed in the air from chemical reactions. And London was receiving air from mainland Europe,” Harrison said.

According to Inrix, a traffic analytic firm, traffic to downtown areas of the US and UK were down as much as 65%, taking private cars and vehicles off the roadways for long periods of time in 2020.

Larger vehicles like semi-trucks still added to emissions, and also contribute to larger pollution issues. With more large trucks on the roads due to toilet paper shortages and pandemic supplies, the reduction in air quality wasn’t as substantial.

While air quality improved for the first few months after lockdowns, it didn’t last long as factories and plants reopened, and cars were back on the roads.

So what’s the take away?

Why high winds may worsen your allergies this Spring