According to Enchanted Forest Animal Sanctuary owner Melyssa Descovich, they lost the entire barn and every animal inside. 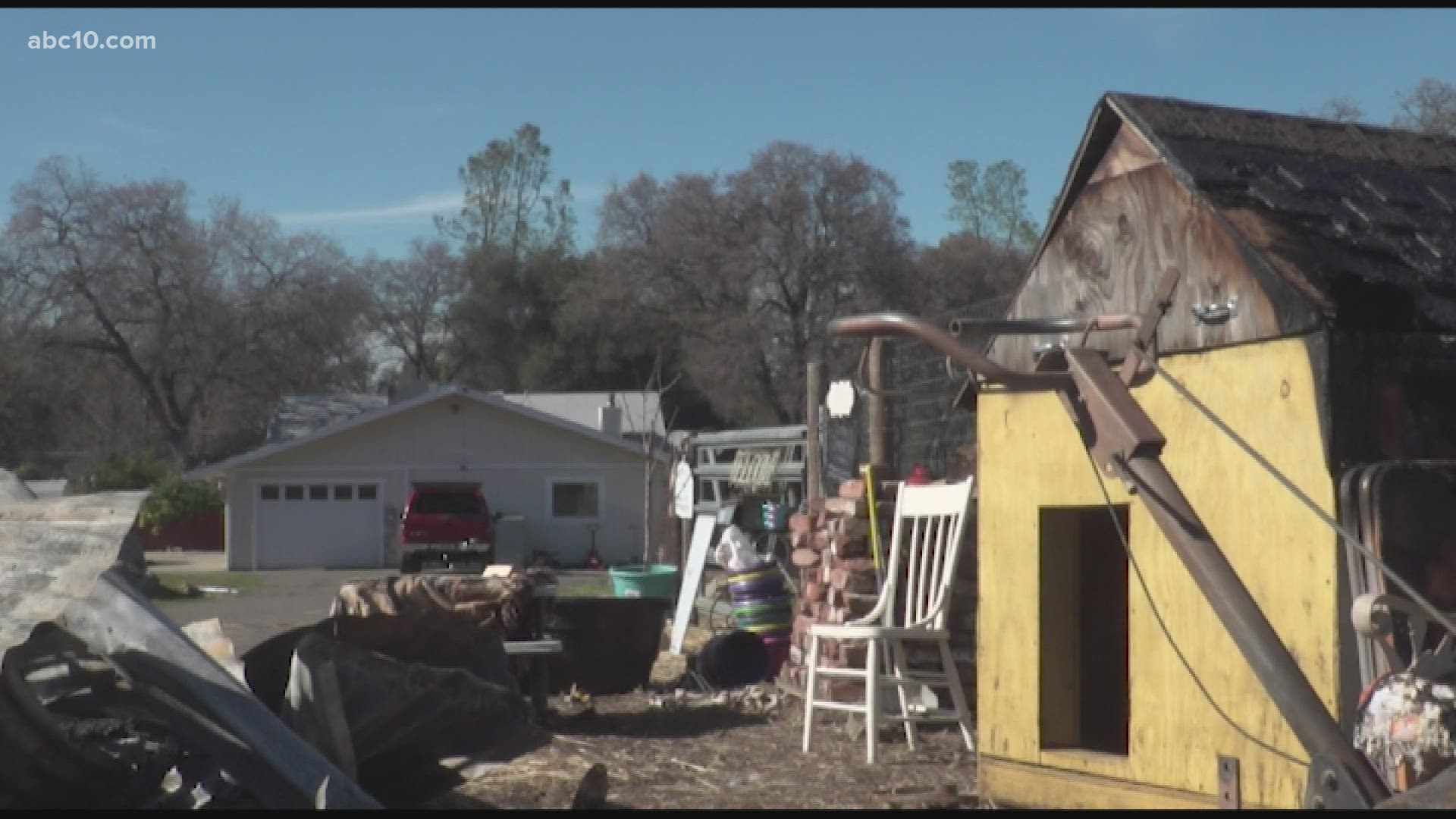 COLFAX, Calif. — The owners of a Newcastle animal sanctuary got the worst news early Sunday morning. The entire barn of the Enchanted Forest Animal Sanctuary was on fire.

"I'm shattered," said Melyssa Descovich, the co-owner of the sanctuary. "There isn't even a word in the dictionary that could possibly describe the devastation, the heartbreak that I'm experiencing ."

Descovich said they lost the entire barn and every animal inside. Rescued tortoises, baby ducks and geese, and an iguana were among the animals that succumbed to the fire.

"I can't wrap my mind around what happened and how many family members we lost last night," Descovich said. "We're trying really hard to heal. And we're working very hard with our small children to understand what happened."

As Descovich, her family and community members work to clean up the wreckage of what was once home to dozens of baby animals and tortoises, she said they will rebuild. Before the fire, she said they had planned on moving their sanctuary to a larger plot of land in Colfax, a plan they will continue to work toward.

"We're working very hard to get anything we can get done there, to get all of our animals up there," she explained. "And just try to come back to a place of happiness and peace again."

Descovich said it was still unknown how the fire started, and as Cal Fire investigates, she said arson hasn't been ruled out as the cause.

Enchanted Forest Exotic Animal Sanctuary is a wide-open space in the hills of Newcastle, where guests will find rescued goats, pigs and even ostriches. What began as a tortoise rescue 14 years ago turned into a home for all types just last March when Descovich was made aware of the need for exotic animal shelters in her area.

"For 13 years, we went from being this tiny little thing, getting a few animals here and there, to it being an empire and it growing so fast we couldn't believe it," she explained.

As the non-profit sanctuary grew, Descovich said funding was hampered by the pandemic and was difficult to come by since her usual fairs and events had been postponed or canceled. So she turned the sanctuary into a donation-based space people could visit.

Descovich said since Sunday, the community had come to her families' aid, as they felt they'd lost loved ones too. In their effort to rebuild, the family has started a fundraiser to bring the sanctuary back, in what she hoped would be two weeks.

"It's not a job, it's my purpose," Descovich explained. "It's what I was born to do. These animals are my family."

If you can help, please donate: