However, vaccinations are by appointment only and only for the group currently being vaccinated. 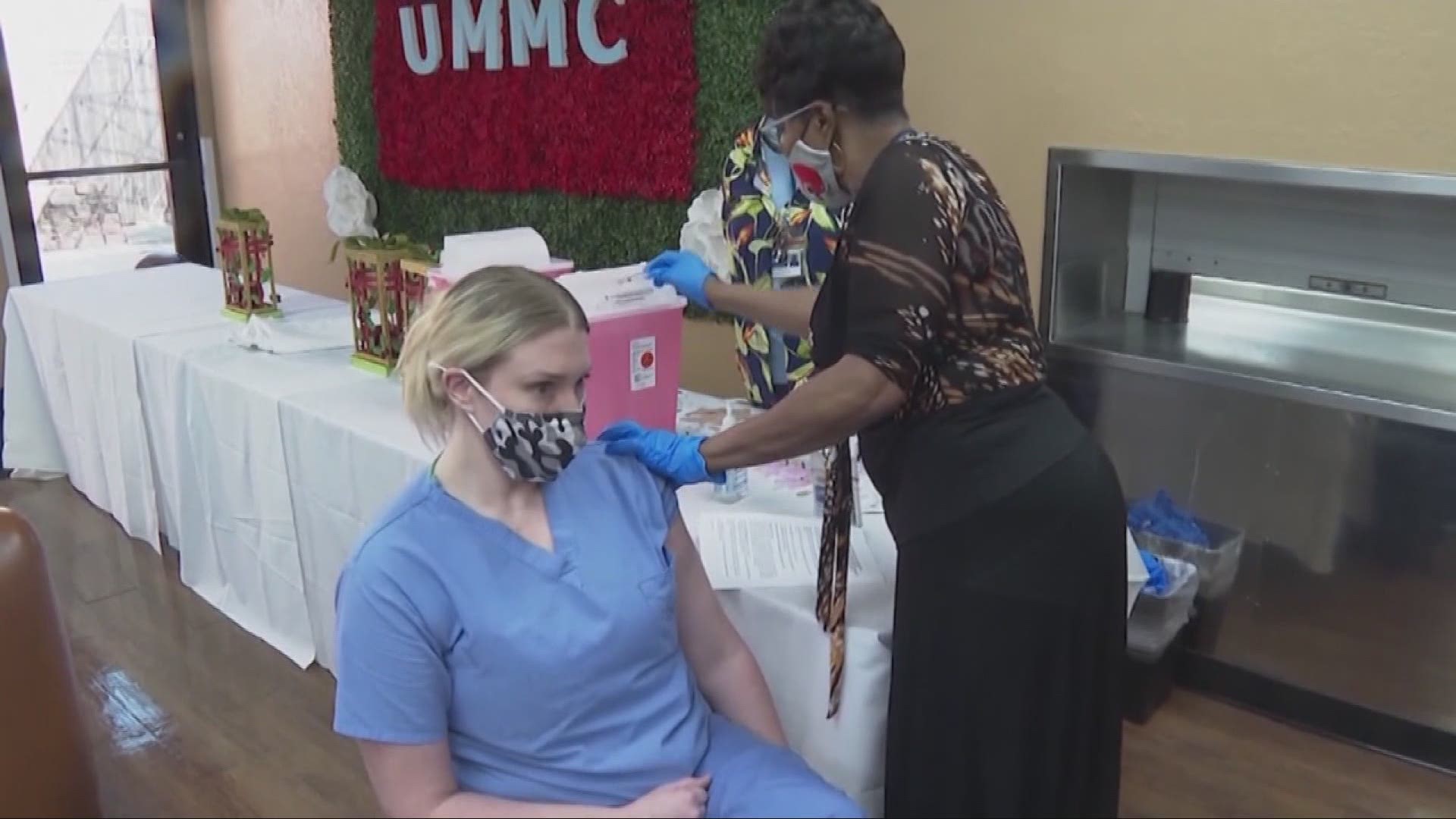 SACRAMENTO, Calif — Many people are feeling frustrated and confused about the vaccine rollout across California. Governor Gavin Newsom revealed in a midday news conference that the state has received 2.5 million doses of the COVID-19 vaccine, but only a third of them had been put in people’s arms.

Sacramento County Public Health Officer Dr. Olivia Kasirye said one of the major early bottlenecks was caused by the lack of providers who were able to distribute the vaccine because they weren’t registered in the state database.

“Initially, we only had very few that had been able to get through the registration process, but now, we have at least over 45 and so that will help us a lot in being able to get vaccine out,” said Dr. Kasirye.

Governor Newsom also announced new mass vaccination sites to help speed up the vaccine distribution. California is transforming baseball stadiums, fairgrounds and even a Disneyland Resort parking lot into these mass vaccination sites as the coronavirus surge overwhelms hospitals and sets a deadly new record in the state.

“Dodgers Stadium, Padres Stadium, (and) Cal Expo, these large mass vaccination sites, you’ll start to see those coming up as early as this week,” said Newsom.

Orange County, south of Los Angeles County, announced Monday that its first mass vaccination site will be at a Disneyland Resort parking lot in Anaheim. It's one of five sites to be set up to vaccinate thousands of people daily. Other mass vaccination sites include Dodger Stadium in Los Angeles, Petco Park in San Diego and the CalExpo fairgrounds in Sacramento.

Dr. Kasirye said Cal Expo is already up and running.

“We actually opened it last week and started vaccinating, and we’re going to expand that,” said Dr. Kasirye

However, this doesn’t mean the public will be able to get drive-through vaccinations on demand. It is by appointment only and only for the group currently being vaccinated. Sacramento county is still vaccinating its way through group 1A, which is comprised of frontline workers and people in long-term care facilities.

CVS Region Director Joe Fiesel explains how CVS plans to vaccinate so many people in long-term care facilities as well as the cost of vaccines and how to schedule an appointment when they become available.