One winner from Sacramento County selected in second round of $50,000 'Vax for the Win' lottery prizes 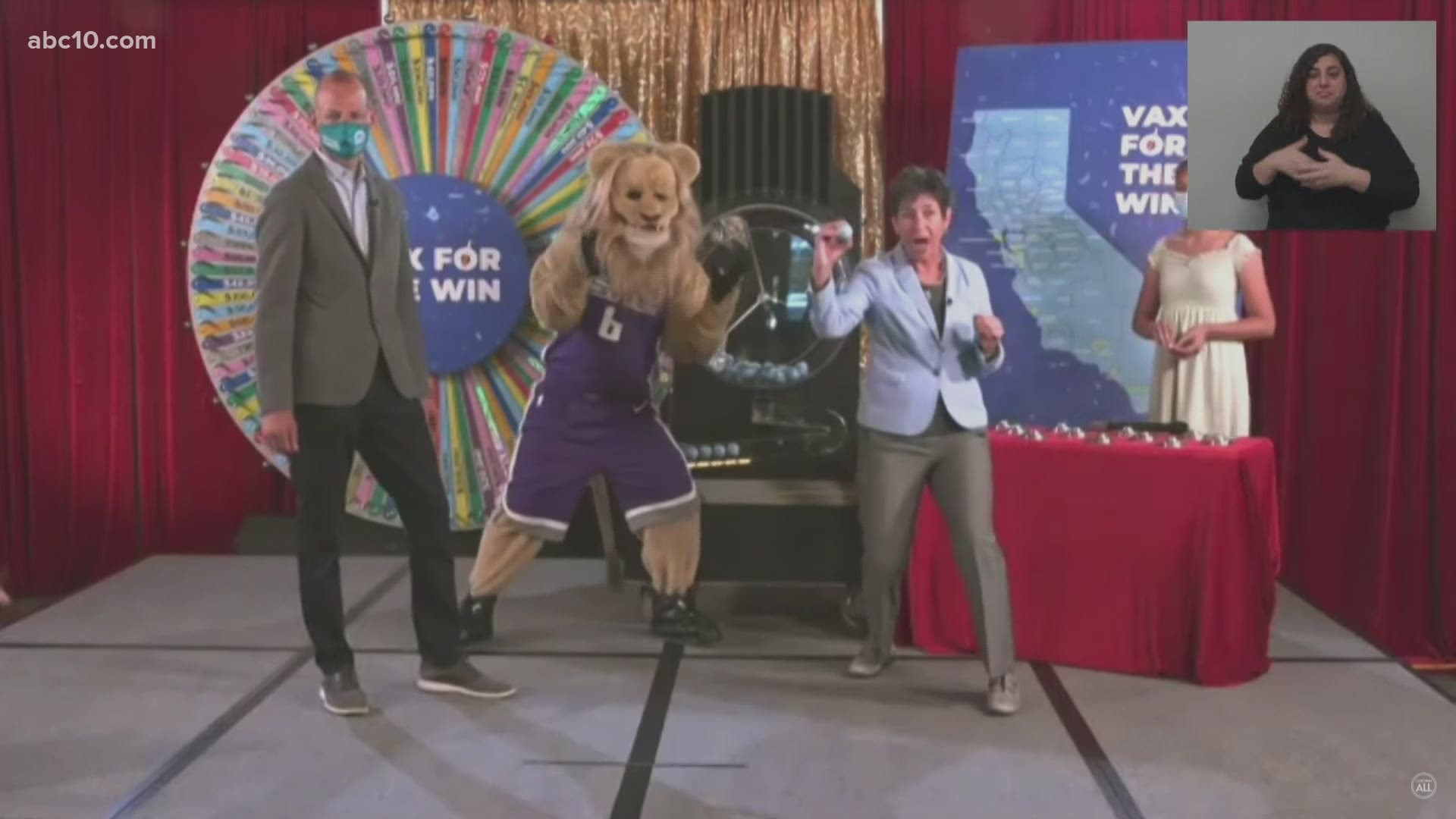 SACRAMENTO, Calif. — Gameshow host and Gov. Gavin Newsom announced the second and final round of $50,000 prizes through California's 'Vax for the Win' vaccine incentive program on Friday.

After a successful drawing on June 4 that saw winners from up and down the state, Gov. Gavin Newsom was joined by Assemblymember Kevin McCarty, Sacramento Kings mascot Slamson and Senator Susan Talamantes Eggman to determine which counties were the next lucky 15 winners. Sacramento County was selected once and Fresno County was the only Central Valley county to get picked.

Be sure to have your phone handy in case the California Department of Public Health (CDPH) calls. Two winners from round one of the "Vax for the Win" lottery lost their chance at $50,000 after several unsuccessful attempts were made to contact them. One was from San Diego County and another from Santa Clara County. Now, someone from Sacramento County is up for one of the prizes. Another person from Monterey was also an alternate for a $50,000 prize, and they have already successfully claimed their cash.

CDPH has said winners will have 96 hours to claim their prize, after which the lottery will move on to an alternate.

Next week, ten people who are at least partially vaccinated will be chosen to split a $15 million grand prize. The governor also announced more incentives with Taco Bell, Chipotle, and California sports teams that take place on Tuesday, June 15, as a way to get more people vaccinated.

Meet Tony, one of the $50k #VaxFTW winners who still can’t believe he won! 🏆

Get vaccinated now to be be in the drawing for cash prizes! https://t.co/AJLQxKLZZq pic.twitter.com/jdqJDdi83P

Not sure how to enter the lottery? All residents age 12 and over who are at least partially vaccinated are automatically eligible for the two June drawings.

“Getting every eligible Californian vaccinated is how we bring our state roaring back from this pandemic,” Newsom said in a press release about the Vax for the Win program.