California reported more than 20,000 new coronavirus cases on Wednesday, Dec. 2, 2020, shattering the previous record of 18,350 cases just a week ago. 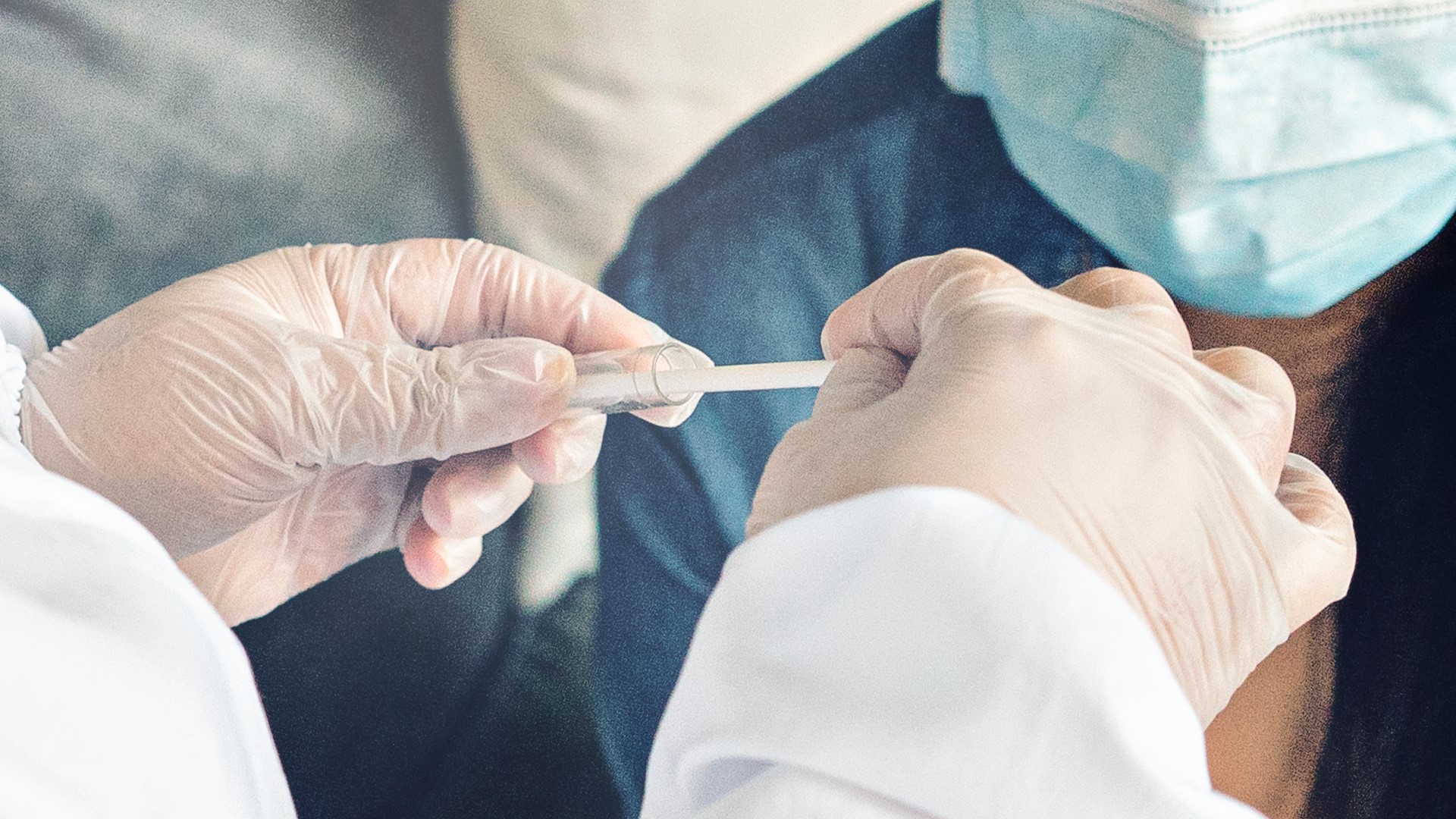 Newsom announced the new plans on Thursday amid an unprecedented surge of new coronavirus cases in the nation’s most populous state.

The state reported 20,759 new cases on Wednesday, shattering the previous record of more than 18,350 sets just last week. He has already imposed restrictions, including a nighttime curfew on 51 of the state's 58 counties. That covers almost all of California's nearly 40 million residents.

A record 8,500 people are in the hospital. The state has fewer than 2,000 intensive care unit beds available, and officials have said Christmas might fill them unless the virus spread slows.

The new order divides the state into five regions. Newsom said none of the regions currently meet the threshold for the new rules. When they do, the state will order them to close hair salons and barber shops, limit retail stores to 20% capacity and only allow restaurants to offer take-out and delivery. The rules don't apply to school districts. He said the only one likely not to meet the threshold is the San Francisco Bay Area.

RELATED: 6 ways California is offering help to those impacted by COVID-19

"This is not a permanent state," Newsom said. "There is light at the end of the tunnel."

Newsom is still isolating in his Sacramento-area home after three of his children were exposed to the virus. He did not hold a news conference on Wednesday. Overall, California has reported more than 1.2 million COVID-19 cases and more than 19,300 deaths.

With barbershops and bars preparing for yet another shutdown, Bottle and Barlow Bar and Barbershop owner Anthony Giannotti said he’s frustrated.

“It’s pretty crushing,” Giannotti said. “We’ve had a hard-fought battle this year for both sides of the business - the bar and the barbershop. I think it’s most frustrating that people are still trying to blame the government. The government’s just doing government things. The real issue is large gatherings and people don’t seem to want to stop doing that, but then turn around and say how bad they feel for us? Which is frustrating because actions speak louder than words.”

Giannotti said moving forward, he plans on shutting down all outdoor seating and continuing to-go orders through the Bottle and Barlow website. He’ll be shutting down the barbershop portion of his business once the orders are set.

“Can’t do to-go haircuts,” Giannotti said. "Unfortunately, it’s just hunker down and apply for any of the assistance that’s left. And fingers crossed that vaccine gets here soon.”

Positive coronavirus cases have doubled in the last two weeks alone -- now at 169 cases in the hospital.

At the San Joaquin General Hospital, one of the largest hospitals in the county (out of seven), their ICU is operating at more than 180% capacity, which means this hospital is at a critical state. Health officials said they are inundated with patients, working around the clock, moving people around to make room for everyone in need.

"These hospitals are having to make space, make ICU space and space that was not created for that," Marissa Matta, a spokesperson for the San Joaquin County EMS Agency said.

The county's EMS agency said the majority of the county's seven hospitals above 100% capacity are now operating at surge capacity.

Community advocates like Yamilet Valladolid, Master of Public Health, know the strain the pandemic has placed on Spanish speaking families across the Central Valley. Because of this knowledge she created a Facebook page specifically for critical coronavirus information like this, but in Spanish.

"This is when we need to do a callout truly. If we care about our community, let's put our masks on, let's stay six feet away, let's connect virtually and make a difference," Valladolid said. "We cannot continue this way. We do not have the capacity."

Back in July, when San Joaquin County hospitals reached this level for the first time, they had two federal medical teams to help with two different hospitals overflowing, including San Joaquin General Hospital. But this time, they say, it's not guaranteed. So they're hoping the news of our second regional stay-at-home order will once again help slow the spread.

“Our hospitals were obviously less inundated when that first stay-at-home order was enacted. I'm hoping that this time around people will be willing to abide by that,” Matta said.

Matta added that despite these ICU capacity numbers, the 911 system is still in place and people should not be afraid to come to the hospitals to get the care that they need. 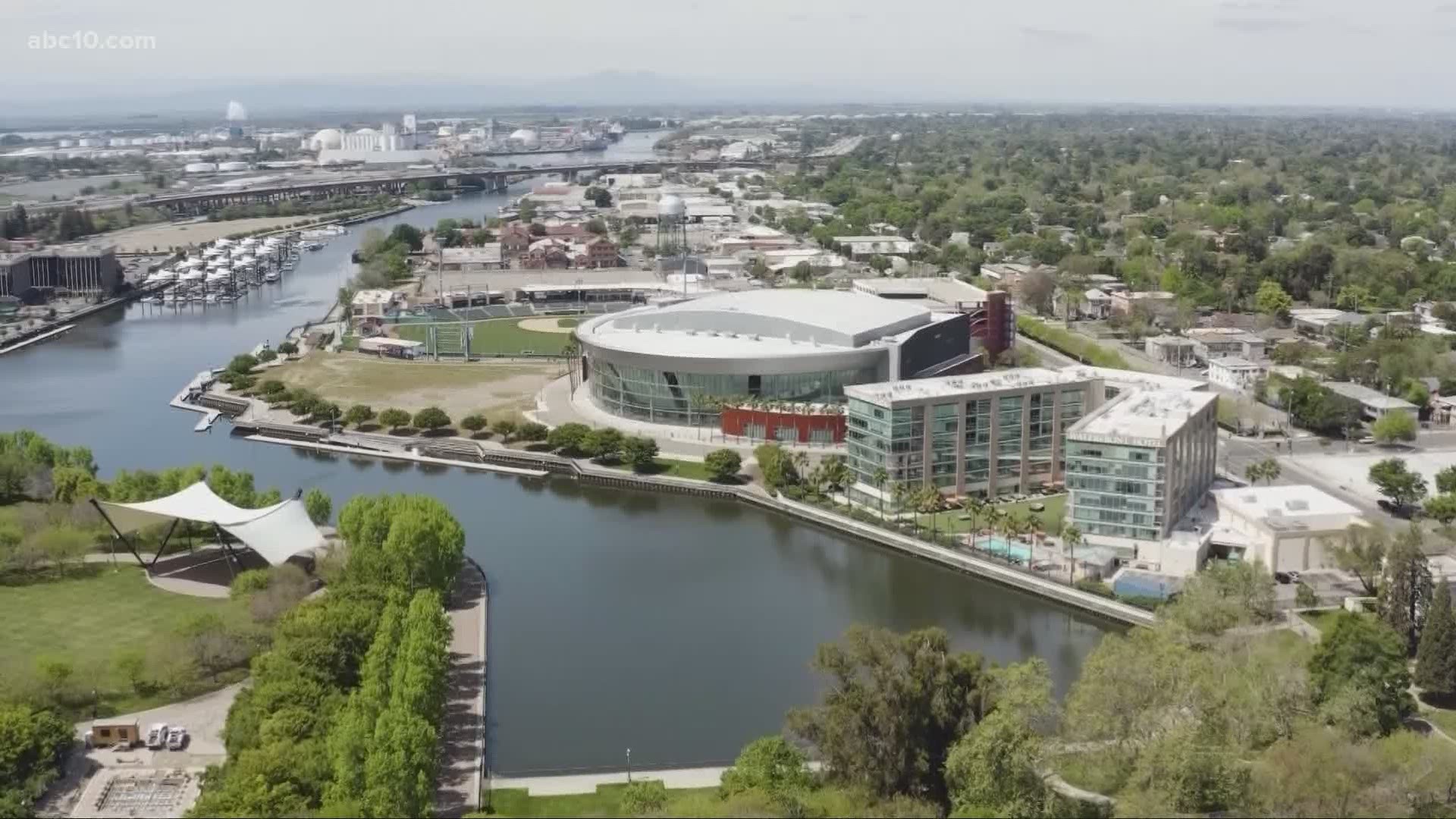 Many businesses in Placer County who spoke with ABC10, but did not want to talk on camera, gyms specifically, said they are going to stay open regardless of Newsom’s new stay-at-home order. Many proudly said they are already defying the “purple tier” guidelines by continuing to have indoor operations instead of outdoors, as instructed.

Manager of Mugshot barbershop, Sarah Pryor, said it was devastating for her to have to close up shop and turn her customers away in March. And she said she fears the same will happen if the stay-at-home order is implemented.

Pryor said her barbershop has only been fully open since September and with the ever-changing public health orders she said she has seen a decline customers, even during the holidays.

She said she understands why many businesses are deciding to defy the state's order, saying she even stands with them in their decision. But as for her, she said she will comply with the order because she cannot afford the potential financial hit of going against public health guidelines.

“We were able to get through it the first time and I’m hoping it will be the same the second. However, we don’t know how long it’s going to be and as much as I hate it, we would have to respect the order. I would not keep the shop open and defy it. I feel we would get hurt more financially in the long run doing that,” Pryor said.

The Placer County Sheriff’s Office has said it will lead by an “educational approach” when it comes to enforcing the stay-at-home order.