Fairs make their money off mass gatherings — the last thing California plans to ease restrictions on. Industry officials say some fairs might not see 2021. 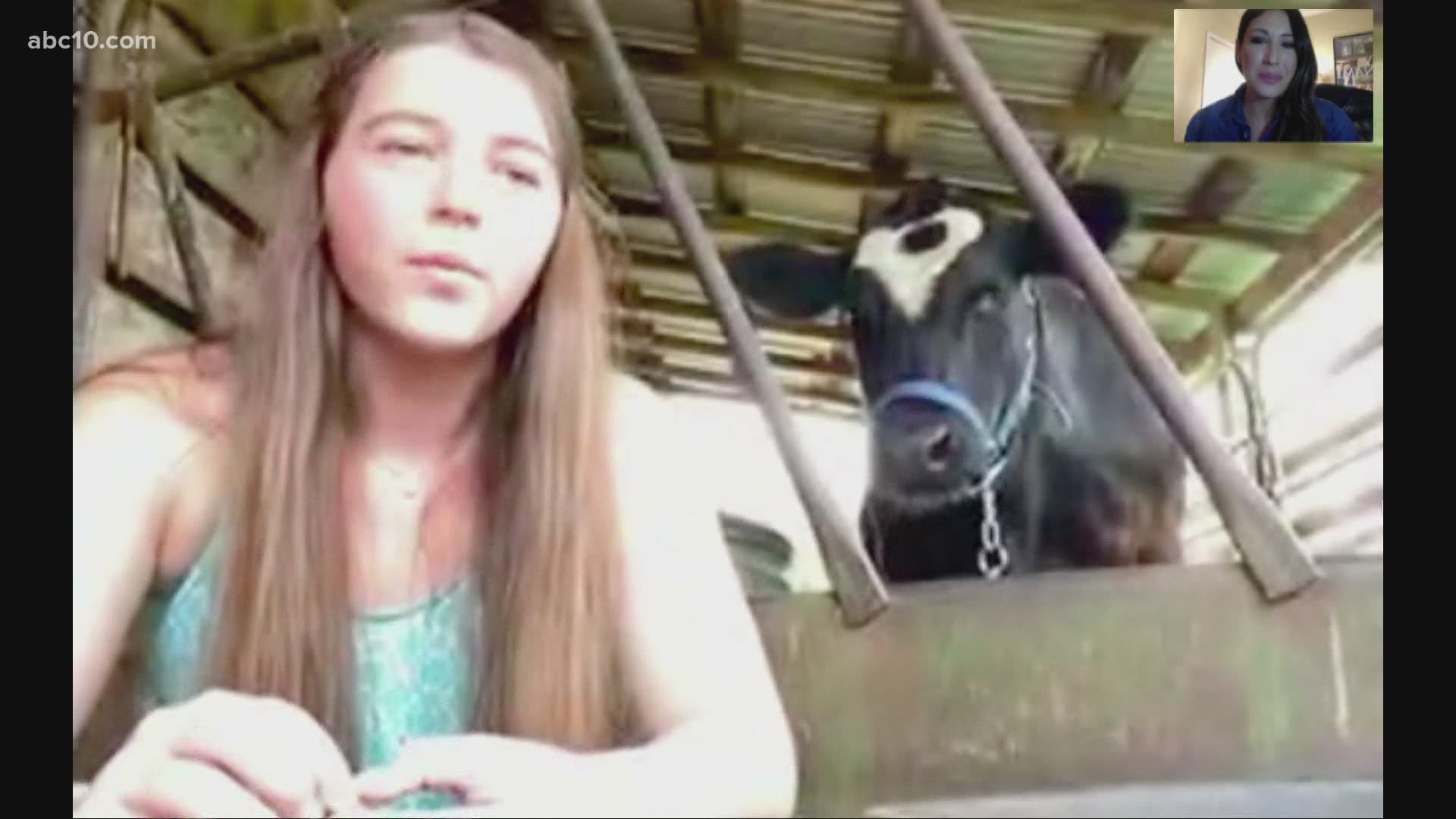 CALIFORNIA, USA — Many communities have said goodbye to their local fairs in 2020 with hopes to see them again next year, but industry officials say not every fair will make it to 2021.

"I hate to say that. I don't want that to come out of my mouth, but the reality is, I don't know… how all of us are going to weather this storm," said Patricia Conklin, a 30-something-year veteran of the fair industry and CEO of the Dixon May Fair.

Back in March, California Governor Gavin Newsom issued a stay-at-home order and mass gathering restrictions, dealing a serious blow to fairs across the state whose business depends on mass gatherings.

Gatherings like dog shows, car shows, antique shows, fundraisers, and even quinceañeras and weddings were nixed before the Dixon May Fair finally canceled its 2020 event.

"One of the worst things I've had to do is call up people and tell them that 'I'm sorry, you won't be able to have your wedding reception here or quinceañera or birthday party or your baptism,'" Conklin explained. "It's huge, the impact that this is having."

Conklin said nearly 70% of the fairground's revenue comes from the annual fair. Last year, that was roughly $857,000 of a $1.2 million budget.

"If we can't get open by December or January, we're going to have a big problem," she said.

For now, Conklin expects the Dixon May Fair will reach 2021, but, if mass gathering restrictions hold through the year, that would mean $0 in revenue since April.

At the California State Fair, Jay Carlson, Agriculture Program Manager, says fairs are in a tough position because they are not getting revenue from the event, its partners, the carnival, food concessions and interim events.

"I think it's important that people understand that this is serious for fairs," said Carlson, a near 40-year veteran of the industry.

Back in March, the state government dropped off more than 63 trailers at Cal Expo to help symptomatic persons and persons at high-risk self-isolate. On top of that, Cal Expo is also serving as a drive-through testing site for the coronavirus.

This, all while receiving "no revenue for providing these necessary services," said Sarah Cummings, president and CEO of the Western Fairs Association.

On top of that, Cummings said they're not the only ones facing that demand.

"Several fairgrounds are currently serving as coronavirus testing centers, command centers for the Office of Emergency Services, or homeless shelters to help the state's effort to deal with the myriad of issues resulting from the COVID-19 pandemic," Cummings said.

The pandemic and its impact of fairs will be extensive and devastating, according to Cummings.

Despite not getting revenue from a number of this year's activities, Carlson says the state fair is hoping to roll 2020's plan over to 2021. However, while the state fair's plans are moving along, Carlson said he has less confidence with some of the other fairs and their livestock auctions in the state.

"In some cases, there might not be a fair next year for [the Future Farmers of America] kids to even participate at. It's that bad," he said.

At the Dixon May Fair, Conklin says the cancellations have hit the carnivals, food concessionaires, entertainers, contractors, security firms, truckers and ticket companies.

She says entertainers have told her that they might not meet rent due to fair cancellations across the state.

RELATED: How the local fair went from cattle show to deep-fried Oreos

"It's not just the fairs that are suffering," Conklin said. "It's everybody that relied on the fairgrounds for their livelihood."

The San Joaquin County Fair was among the first county fairs in the region to cancel their event. Former fair CEO Troy Bowers told ABC10 that the fiscal stability and canceled events like Jurassic Quest and the Asparagus Festival pushed the decision.

The fair projected a loss of about $260,000 heading into April and May.

With the cancellation of this year's fair, new CEO Jeff Wagner says they're looking at a revenue loss of at least $500,000.

RELATED: Coronavirus took their Asparagus Festival and county fair. Here's how Stockton is 'learning as we go'

Despite the money troubles and uncertainties, Wagner is staying cautiously optimistic about 2021.

"I would think there will be a San Joaquin County Fair for 2021, but we're going to have to see how all of this plays out," Wagner said.

The mantra right now is "wait and see."

"It's a huge setback, but [coronavirus impact] is only a temporary issue and we're just going to have to see how things go as far as when everything starts coming back to normal," Wagner said.

The Sacramento County Fair is also laying plans to return with a bang for next year.

"Our plan right now... is that we're going to get through 2020, and [in] 2021, we're going to have the greatest celebration ever, because we're going to be able to come back and come together," said Mike Albiani, board chairman for the Sacramento County Fair.

For those interested in helping local fairs stay alive, Conklin says best thing to do is write to Newsom and let him know that fairs need help. Additionally, Wagner says volunteering once the pandemic ends and restrictions are eased could go a long way.

Still, despite some optimism at the ground level, there's a reality that Cummings and the Western Fairs Association are facing related to the devastation the virus brought to the industry: some fairs won't make it to next year.

"Each fair and their respective community are now faced with unprecedented and unpredictable challenges that will forever alter the fair industry," Cummings said. "Some of California's Fairs will be forced into closure due to lost revenues, fair partners — vendors, food concessionaires, carnivals, entertainers, some of California's small businesses — may be forced into the same outcome. The potential devastation to our industry is rattling and overwhelming."