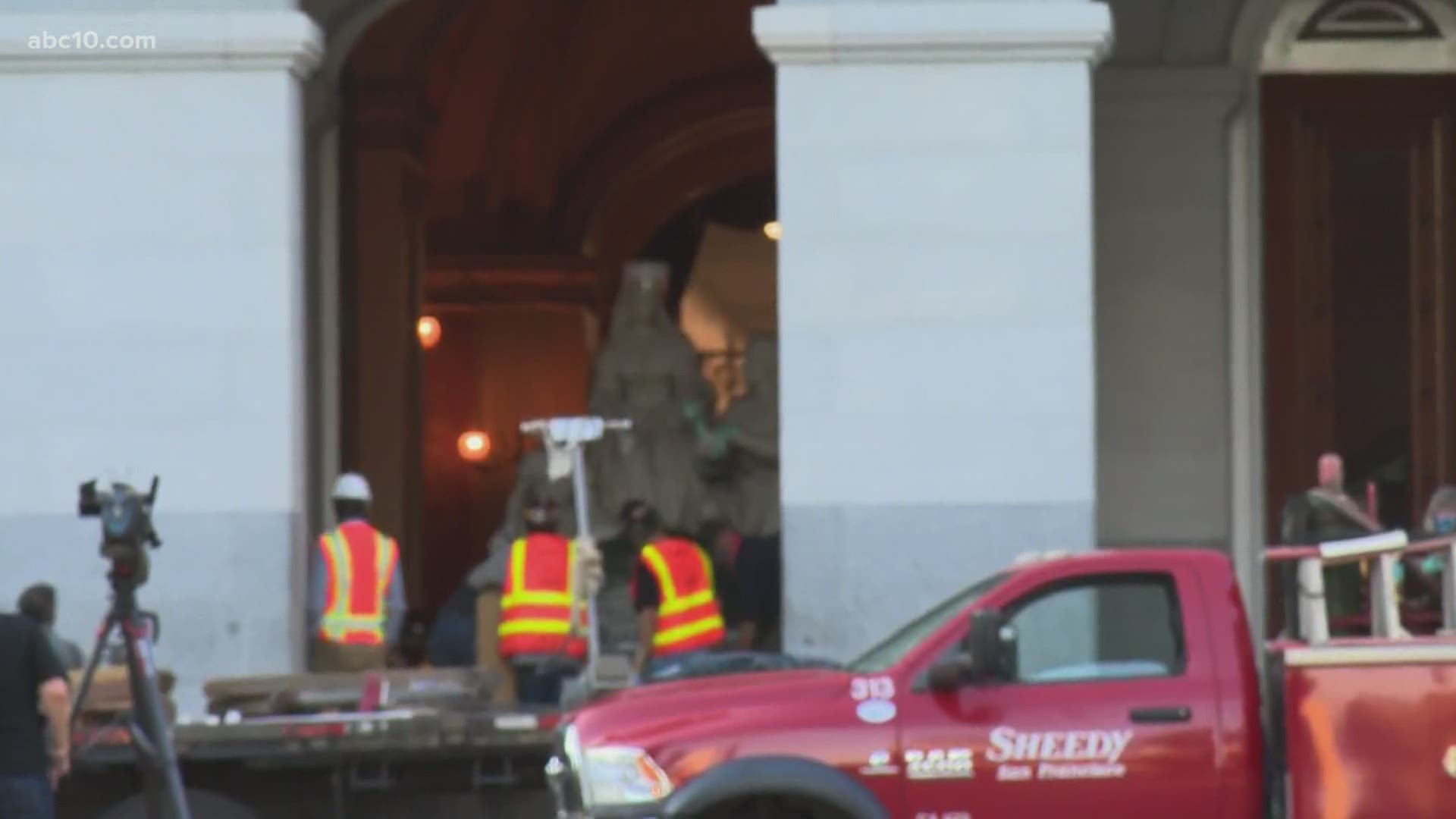 ALPINE COUNTY, Calif. — A peak in Alpine County in California named after Confederate President Jefferson Davis is getting a new name.

Jeff Davis Peak, a summit in Alpine County within the Humboldt-Toiyabe National Forest, will now be called Da-ek Dow Go-et Mountain following a recommendation from the Alpine County Board of Supervisors and official approval from the United States Board of Geographic Names [BGN].

“Da-ek Dow Go-et” is a phrase in the Washoe tribal language that translates to “saddle between two points,” according to the BGN.

A separate, distinct rocky outcropping on the mountain, formerly called Squaw Ridge, is also changing to Sentinel Rock. The landmark was originally called Sentinel Rock in the 1883 George Wheeler survey atlas before being changed in 1889.

On Tuesday, July 7, 2020, the Alpine County Board of Supervisors approved the recommendations from the California Advisory Committee on Geographic Names [CACGN]. The change received federal approval two days later on Thursday, July 9.

The CACGN had previously rejected the name change in 2018, saying in part, “There is no local association with the proposed name, and it is difficult to pronounce.”

Both name changes have already been recorded in the BGN system, however, the changes will not be reflected on printed maps immediately. Those changes will occur “as maps are replaced in the course of normal revision,” according to the BGN.

WATCH ALSO: How is Sacramento preparing hospitals for a coronavirus surge?