Does California's ban on state travel to Florida prevent rescue support for the building collapse? | You Asked, We Answered

California added Florida to the list of states where non-essential state worker travel is banned due to laws that discriminate against the LGBTQ community. 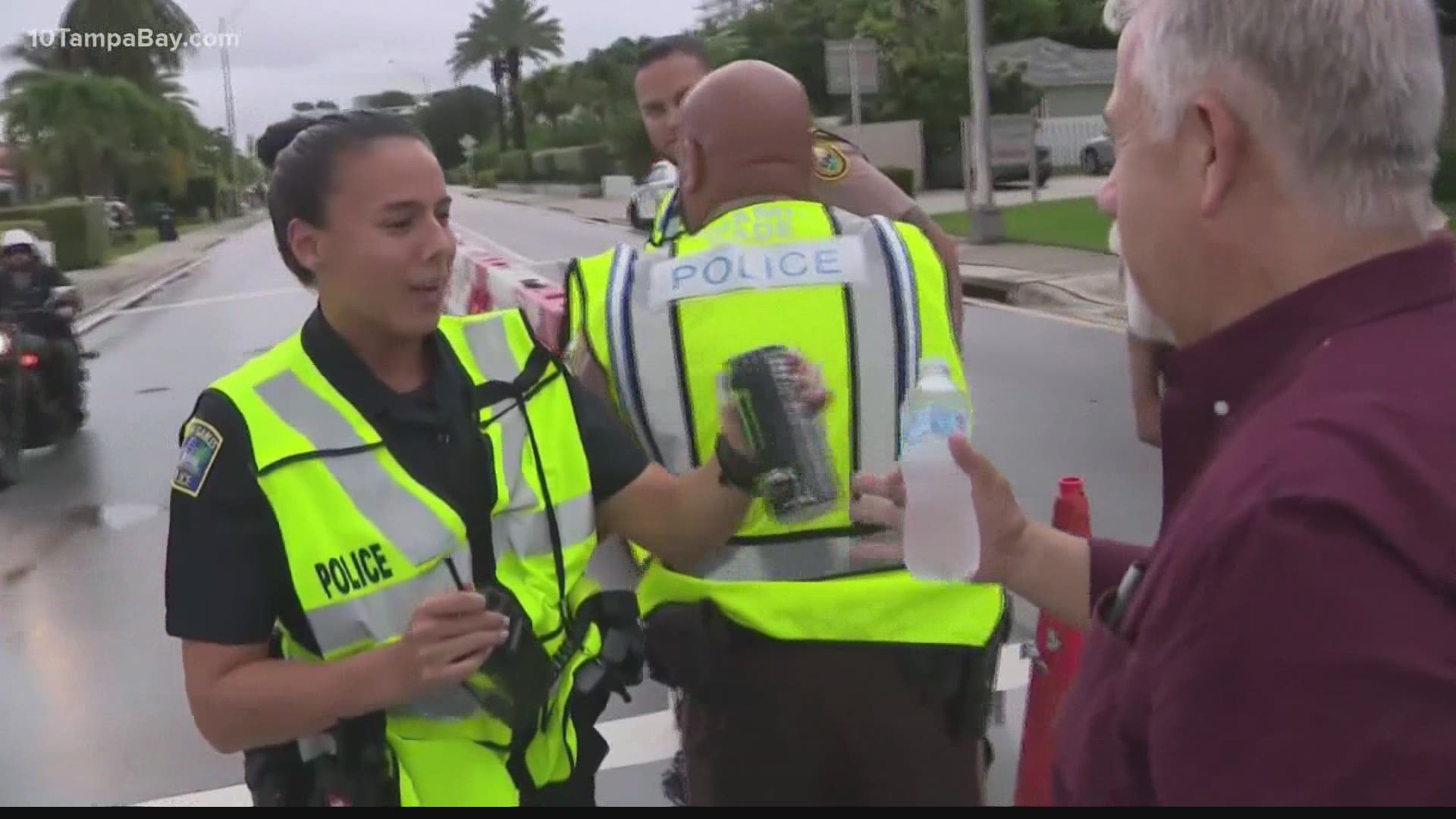 SACRAMENTO, Calif. — On Monday, California added five more states, including Florida, to the list of places where state-funded travel is banned due to laws that discriminate against members of the LGBTQ community.

Democratic Attorney General Rob Bonta added Florida, Arkansas, Montana, North Dakota and West Virginia to a list that now has 17 states where state employee travel is banned except in limited circumstances. In 2016, lawmakers passed a law banning non-essential travel to states with laws that discriminate against lesbian, gay, bisexual and transgender people. The state law has exemptions for some trips, which includes travel that is needed to enforce California law.

“Assembly Bill 1887 is about aligning our dollars with our values,” California Attorney General Rob Bonta said in a news release. “When states discriminate against LGBTQ+ Americans, California law requires our office to take action. These new additions to the state-funded travel restrictions list are about exactly that."

ABC10 viewer Bob asks: "Does this action by Attorney General Bonta prevent California emergency teams from traveling to Florida to assist in the rescue operations in the collapsed building there?"

According to the Attorney General's Office, AB 1887 provides certain exceptions for state-funded travel. These include travel for "protection of public health, welfare, or safety, as determined by the affected agency, department, board, authority, or commission, or by the affected legislative office."

ABC10 asked Bonta's office if travel for search and rescue efforts would be included. In an email to ABC10, a spokesperson for the office said, "We're unable to provide legal advice or analysis. It's ultimately up to each agency to make those determinations."

In an email, an OES spokesperson said that the "law places no limitations in California’s ability to provide emergency management or mutual aid support to other states during times of disaster... Disasters do not stop at state borders and where help is needed, help will be provided.  Non-essential activities like conferences or workshops would fall under the prohibition set forth in AB 1887, but not disaster work."

California state emergency crews could travel to Florida to assist with finding victims of the building collapse.

WATCH MORE:  Like any other dynamic group, people in LGBTQIA+ communities have their own extensive, evolving terminology. Here's why it matters.