Millions of Californians are applying for unemployment benefits and are finding trouble trying to call with questions even after the state rolled out improvements. 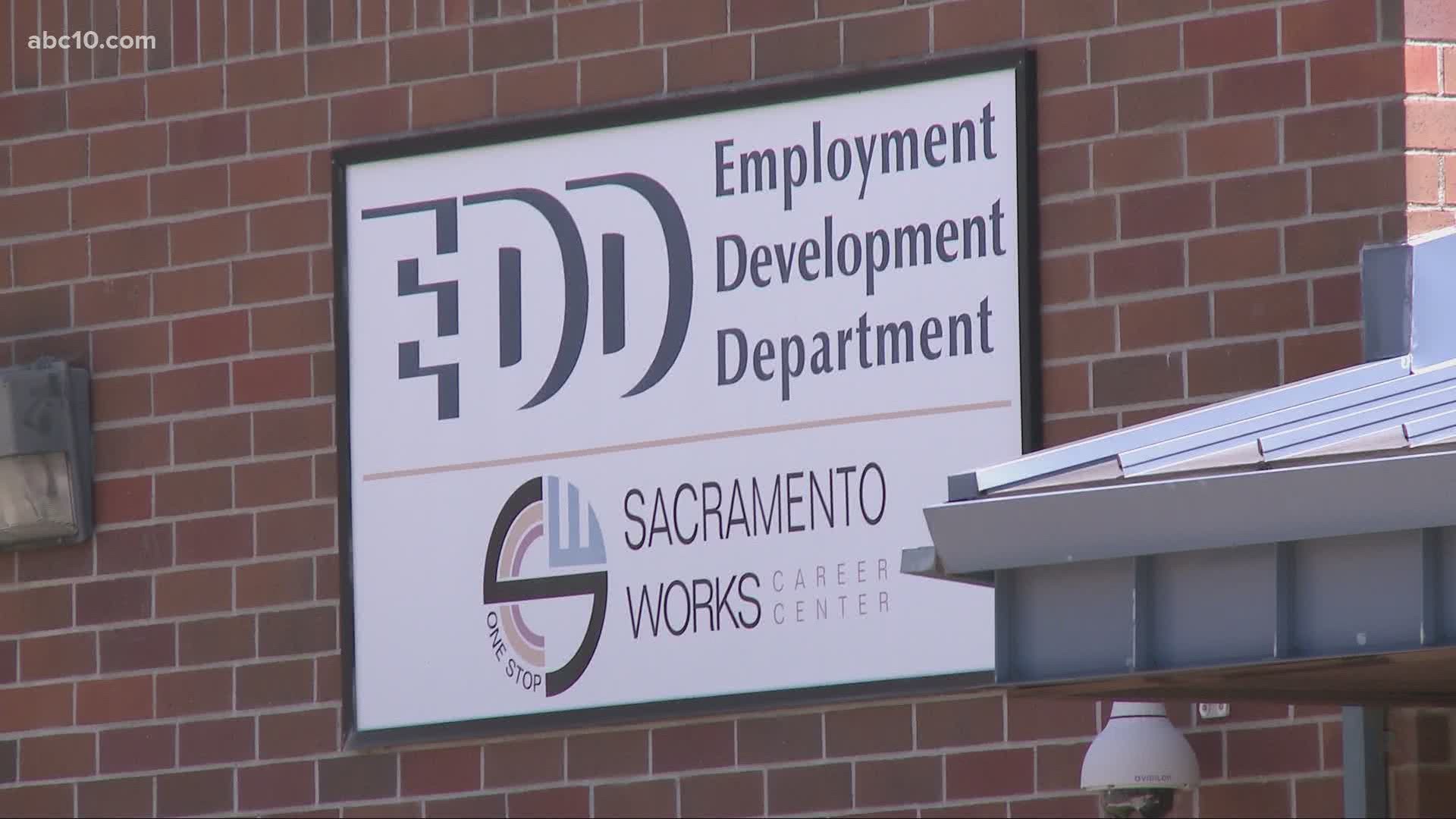 SACRAMENTO, Calif. — Governor Gavin Newsom has done a lot in recent weeks to bolster the Employment Development Department call center in response to the millions of Californians applying for unemployment.

Newsom has both extended the hours of the EDD's call center as well as added more employees to help with the high demand for unemployment claims.

Still, people are struggling to get through.

"I tried calling the phone numbers," Raul Gutierrez Camarena explained. "All I get is a recording to call this number. Some numbers are invalid. I can't even get through to a actual person."

Gutierrez Camarena said he has been unemployed since February and is losing hope of ever receiving his unemployment check. He resorted to going to the EDD center off of Broadway in Sacramento but was greeted by closed doors and a security guard who turned him away.

RELATED: Here's what you need to know about filing for unemployment

Gutierrez Camarena said the security guard gave him a number that he's previously called numerous times, only to hear the same recording.

Gutierrez Camarena said he "even tried the Spanish line."

He said he needs the money not just to provide for himself while he is out of work, but also for his family.

"My stepdad has passed in connection with the virus, aside from all his health conditions," he said. "My mother is getting better, but she's recuperating from the virus."

Gutierrez Camarena said he is at the end of his earnings and believes he will soon be living in his car or on the streets.

On Monday, the EDD's call center added hundreds more staff members and expanded hours from 8 a.m. to 8 p.m. seven days a week to help with the influx of calls then, phone lines were only staffed in the morning Monday through Friday.

Gutierrez Camarena said he would prefer the doors of the EDD location to open again so that he can have face-to-face help instead of trying to get through phone lines that seem to always be silent.

That's unlikely to happen — at least for now.

"There's still some gaps Julie Su [Secretary for the California Labor and Workforce Development Agency] and her team they are fabulous and are working overtime to make sure this system holds up and doesn't collapse," Newsom said.