As UN tackles twin climate threats, California struggles with them, too

California has tried — yet struggled — to address two thorny and critical threats to climate: methane and widespread destruction of forests. 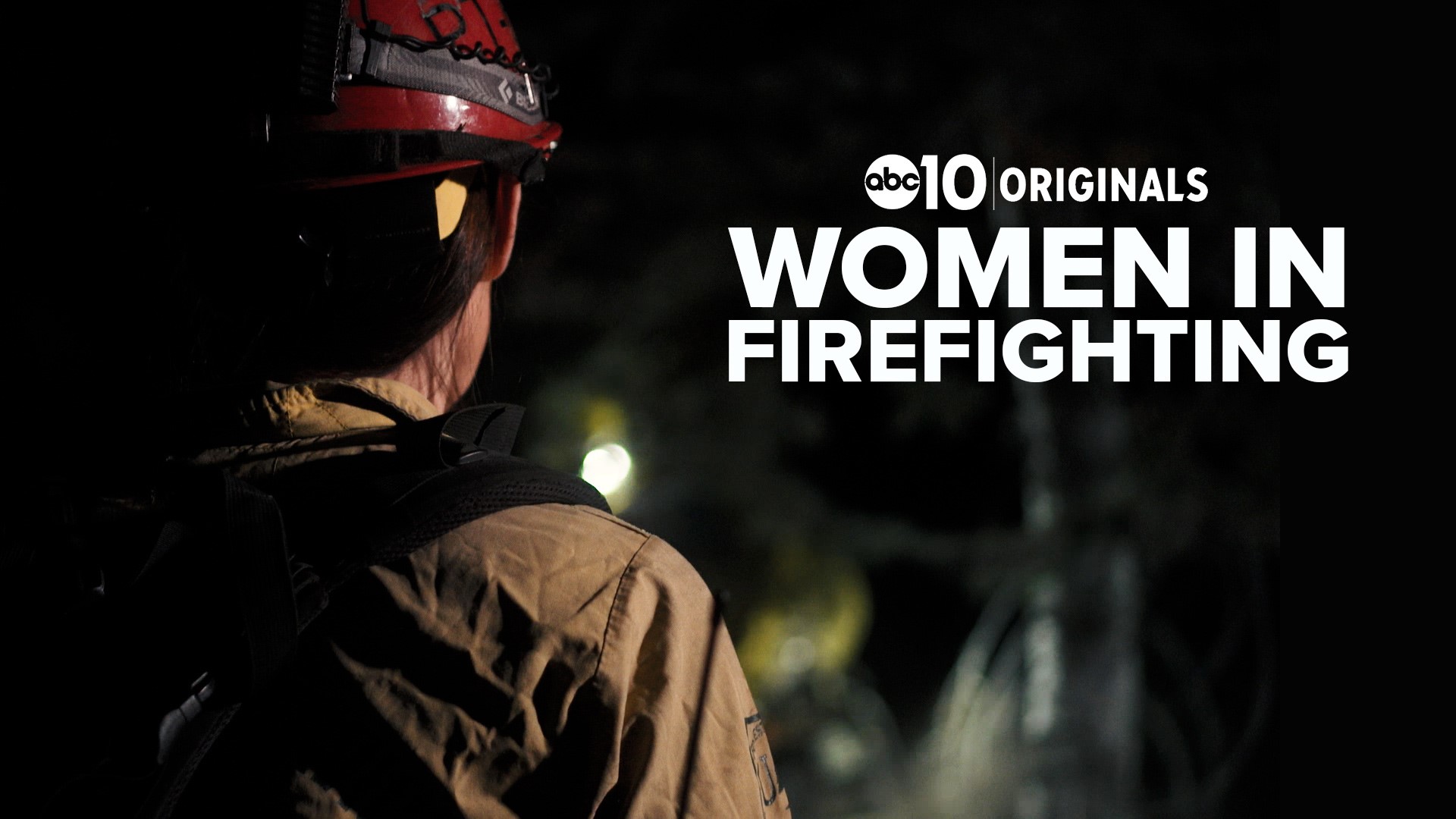 SACRAMENTO, Calif. — This story was originally published by Calmatters.

Nations around the globe this week have pledged to tackle two thorny and critical threats to Earth’s climate: methane, which is the most potent planet-warming pollutant, and widespread destruction of forests.

Both of these are major contributors to climate change that California has tried — yet struggled — to address.

More than 100 countries inched toward progress on tackling climate change by signing an international pledge, launched Tuesday at the United Nations’ climate conference in Glasgow, Scotland, to slash methane pollution by nearly a third over the next ten years.

The nations also promised to end worldwide deforestation — a widespread practice that warms the planet — in the same time period, an ambitious goal that would be backed by nearly $20 billion in public and private funds.

President Joe Biden paired the pledges with an announcement of an expansive strategy to cut methane, following the lead of states, including California, that began crafting policies to stop it from seeping into the atmosphere years before.

“It was remarkable to be able to already have a great outline of a methane action plan,” National Climate Advisor Gina McCarthy said at the international summit. “We can do this because of the work that has been done by everyone else.”

California has long-standing rules tackling methane from landfills, the oil and gas industry, dairies and other major sources. But it’s also home to a large natural gas storage facility that had a major leak starting in 2015. State officials voted today to increase natural gas storage at the facility while they evaluate how to shut it down.

California’s methane emissions largely haven’t increased over the past decade, but they also haven’t dropped significantly — signaling the challenge ahead for governments that signed on to the pledge.

The pledge from the UN nations “is sort of the lowest common denominator that you could get everyone to agree to,” said Arvind Ravikumar, a research associate professor at the University of Texas at Austin. “That said, 30% does not mean it’s easy.”

When it comes to forests, California is losing the ability of its trees to store planet-warming carbon. The state’s forests are no longer burned or razed to clear land for agriculture, as is common in the developing world, but large tracts are burning nonetheless — from wildfires.

“The role of nature has been underappreciated as a part of our climate solution,” California Resource Secretary Wade Crowfoot said in an interview.

Methane, the key ingredient in natural gas, is a shorter-lived but more powerful greenhouse gas than the more-infamous carbon dioxide. It makes up about 10% of greenhouse gases that people pump out across the United States, but accounts for about 30% of today’s warming.

It’s largely regulated by the federal government, except where states have stepped in.

Biden’s new plans include proposing a rule under the Clean Air Act to cut methane pollution from new and existing oil and gas facilities, and finalizing another that would increase oversight of certain natural gas pipelines. The White House also said state agencies would ramp up incentives and other efforts to curb methane from landfills and agriculture.

The Environmental Protection Agency’s draft oil and gas rule, expected to be finalized by the end 2022, is one more example of the regulatory whiplash that industries have faced over the past five years.

No sooner had President Barack Obama finalized in 2016 the first-ever federal rules to directly regulate methane from new and modified oil and gas sources, than President Donald Trump’s administration began trying to undo them. Congress undid the Trump administration’s rollbacks this year, and now even more stringent rules are set to take their place.

“On methane, specifically for oil and gas companies, they have seen quite a bit of change in Washington,” Lauren Sanchez, senior advisor to Gov. Gavin Newsom on climate, told CalMatters from Scotland. “What California brings is kind of a consistency in message and, for them, consistency in business direction.”

The California Air Resources Board is still figuring out how the federal proposal and California’s existing methane rules overlap, said Carolyn Lozo, who leads the air board’s oil and gas and greenhouse gas mitigation branch.

“In many ways, the state methane rule has very similar controls to what the EPA proposal has,” said Lozo.

Since the landmark California Global Warming Solutions Act passed in 2006, the state has adopted a number of methane policies — rolling out requirements for methane capture at landfills, increasing oversight and monitoring to prevent leaks in natural gas pipelines and storage facilities, and setting a statewide target to cut methane pollution 40% below 2013 levels by 2030.

The air board adopted regulations in 2017 requiring regular monitoring, leak detection and repair at both new and existing oil and gas facilities, and set emissions standards and other requirements for certain oil and gas equipment. The rules expanded on a patchwork of existing policies to prevent toxic compounds and gases escaping from wells enacted by some air districts, which can also reduce methane emissions, Lozo said.

“We need to dig down a little deeper and see, is there a delta? Is there a place that we need to shore up the state regulation?” Lozo said.

Kevin Slagle, a spokesperson for the influential Western States Petroleum Association, said it’s too soon to contrast California’s program and the yet-to-be finalized EPA rules, which he said they will review.

Echoing the American Petroleum Institute, he said, “we support the direct regulation of methane from new and existing sources and are committed to building on the progress we have achieved in reducing methane emissions.”

“The state has pumped hundreds of millions of dollars of taxpayer and ratepayer money into programs that benefit the factory farm and gas industries and that do not address either the air quality or water quality or climate crises impacting San Joaquin Valley residents,” said Phoebe Seaton, co-executive director of Leadership Counsel for Justice and Accountability. “It’s past time to take our dairy problem seriously.”

“USDA does not regulate greenhouse gas emissions from the agriculture sector,” said Mirvat Sewadeh, a spokesperson for the United States Department of Agriculture. “Our climate strategy is farmer, rancher and landowner-led and will ensure that rural America plays a key role in our transition to cleaner sources of energy.”

That’s a problem, said Jamie Katz, staff attorney at the Leadership Counsel for Justice and Accountability. The Biden administration is “failing to learn from the mistakes that California has made over the last decade.”

And methane pollution continues. Cows’ digestive tracts produce methane, and the gas released by their belches is unregulated in California, which could hinder future methane reductions. And an aerial survey reported massive plumes of methane released by some landfills.

Still, California’s climate regulators say there’s more progress ahead. State law requires diverting 75% of all rotting, methane-spewing organic waste from landfills by 2025. California’s air board announced a collaborative plan to launch a flock of carbon-sniffing satellites to detect methane and other gases. More incentive-funded manure-digesters are expected to come online, and scientists are working to crack the problem of bovine belches.

Assemblymember Ash Kalra, a Democrat from San Jose, says the state hasn’t gone far enough to address deforestation, including on an international scale. He sponsored a bill that would have required companies doing business with the state to certify their products were not harvested from areas where tropical deforestation occurred.

The legislation passed but was vetoed by Newsom last month. Kalra said he welcomes the international pledges to end deforestation and attention to the problem, but said, “we can do more.”

Land use practices, including agriculture and burning forests for development, account for about 23% of total annual greenhouse gas emissions, according to the U.N. Intergovernmental Panel on Climate Change.

California policy makers came to the same conclusion. An executive order signed by Newsom last year made it a priority to harness natural landscapes to promote biodiversity and “accelerate natural removal of carbon and build climate resilience in our forests…”

The initiative is still in draft form but much of the focus is on forest loss through wildfires and will set goals for carbon storage in forests and soils.

The state has increased its measurements of both carbon stored – or sequestered – in California’s forests and the alarming increase in emissions from severe fires.

“Our challenge in California is to restore the health of our forests to enable them to be carbon sinks instead of carbon sources,” Crowfoot said.

Matthew D. Hurteau of University of New Mexico has been studying forests in the southern Sierra Nevada, measuring climate change and fire and their impact on healthy forest function. His research has been used as the underpinning for much of California’s forest and fire management policy.

“California has a forest loss problem,” he said. “These significant tree-killing wildfire events are happening in the context of ongoing drought and high temperatures. It impedes the ability of new trees to grow.”

He modeled historical, low-severity burns that occurred every 17 years. Those moderate fires took out smaller trees and emitted carbon, but that was offset by the surviving larger trees, which absorbed the carbon from the fires.

“The big trees are where the carbon uptake happens,” Hurteau said.

He said the practice by fire agencies of thinning forests with low-intensity burns that target the removal of smaller trees achieves the twin goals of making forests more fire-resistant and maintaining their ability to store carbon.

Using forests and other lands to address the climate crisis is overdue, he said.

“We’ve paid lip service to the role of natural systems in helping to regulate the climate,” he said. 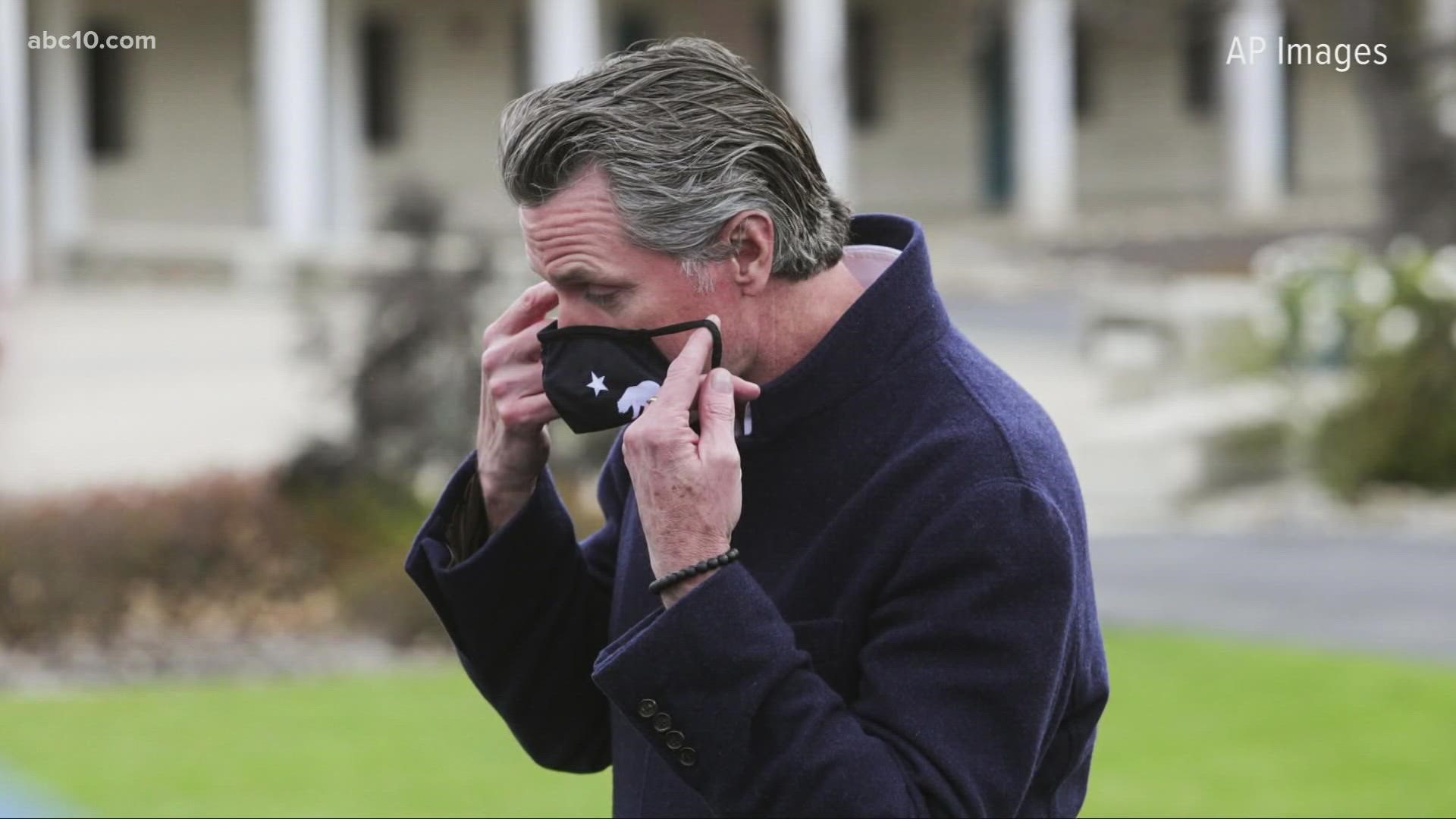