CHP helicopter H-20 successfully conducted four rescues over the weekend -- one of which was a snowboarder who had been missing for nearly a week! 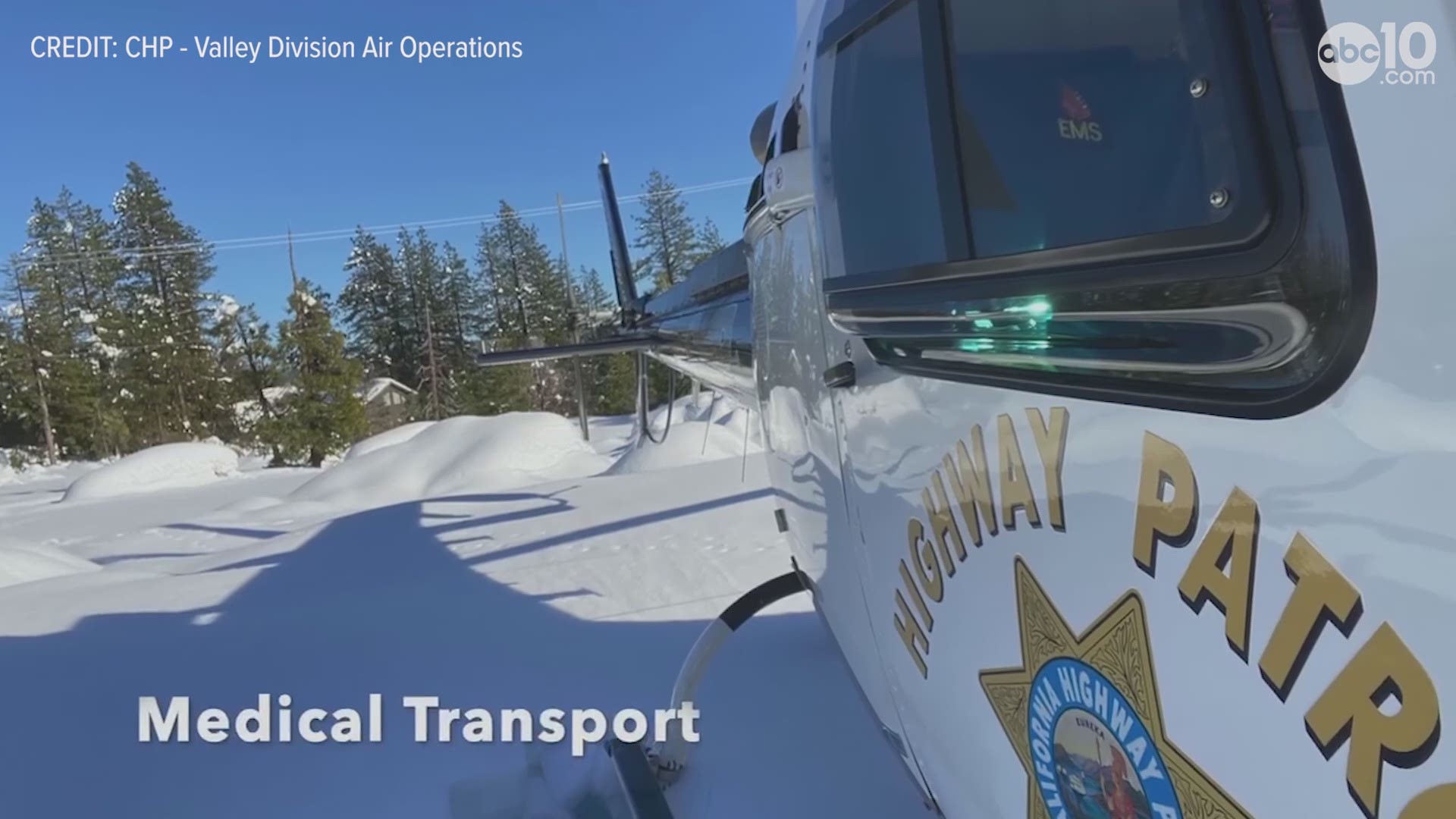 The first rescue happened Saturday afternoon when Cal Fire requested a CHP helicopter for help in reaching a person suffering from COVID symptoms who was in a home that was difficult to reach on the ground from heavy snowfall. CHP chopper H-20 managed to find a landing spot near the patient’s home and was able to take the person to Sonora Hospital to be treated.

On Saturday night, chopper H-20 assisted El Dorado County Search and Rescue in finding a snowboarder who was lost out of bounds near Heavenly Ski Resort. The CHP crew found the snowboarder using GPD coordinates and was able to fly that person back to the parking lot at Heavenly for medical evaluation.

The most harrowing rescues, in terms of time spent exposed, happened on Sunday.

The first rescue happened Sunday morning when CHP air support was requested for help finding two lost snowmobilers who had not returned from a Saturday trip.

Chopper H-20 again responded and, after picking up on miles of snowmobile tracks, located both riders. Those riders, who have not yet been identified, managed to survive a night out in the cold after building a snowcave, according to CHP. H-20 was able to land nearby and brought both riders to safety.

Later on Sunday, chopper H-20 was called out to help search for a snowboarder who had been lost and stuck in the snow for six days. That snowboarder had apparently made makeshift snowshoes and had conserved enough cellphone battery to hike to an area to get cell service. The chopper found the missing snowboarder on a hilltop near Downieville, was able to land nearby and transported the man to safety.

Details on the identities and conditions of the victims in these rescues were not released at their request.