Marybel Batjer is dealing with the fallout from a fired whistleblower and the CPUC's handling of PG&E after the deadly Camp Fire. 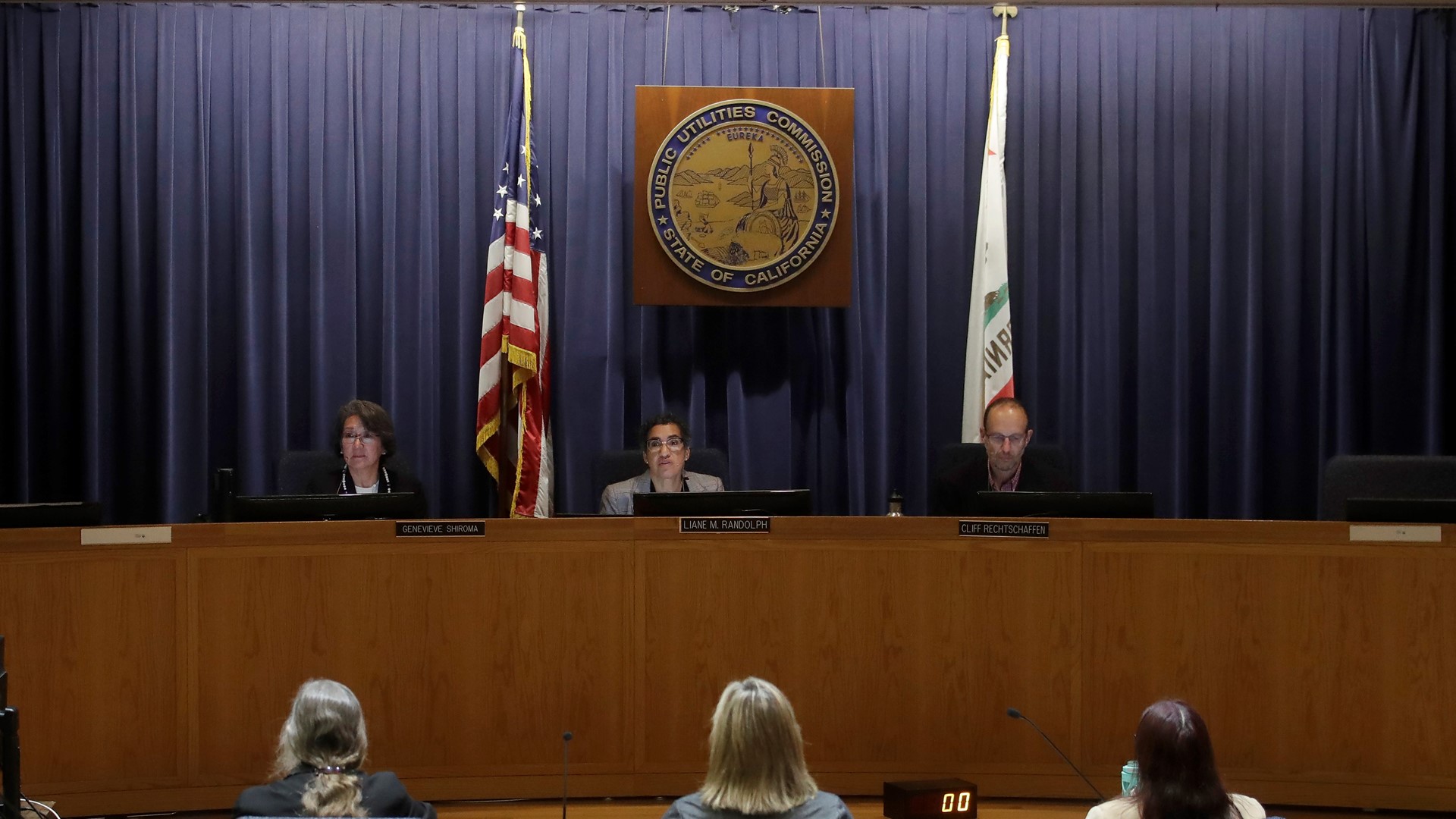 SACRAMENTO, Calif. — The head of the state agency tasked with overseeing California utility companies, including PG&E, has been reappointed by Gov. Gavin Newsom.

Newsom reappointed Marybel Batjer as President of the California Public Utilities Commission on Wednesday, one day before her term was set to end. The appointment requires Senate confirmation. She has led the commission since August 2019, taking over during the agency's investigation of the 2018 Camp Fire.

The CPUC regulates and sets the tens of billions of dollars in rates that Californians have to pay to utility companies for basic needs like power and water.

The commission has faced controversies recently.

When the commission and Batjer knew about an uncollected $200 million from utilities is the center of a new investigation by the nonprofit news outlet ProPublica.

ProPublica's report details a state investigation into the $200 million of missing money on the CPUC’s books.

The CPUC commissioners voted unanimously in August to fire Executive Director Alice Stebbins, who told us the missing money was the reason that she turned whistleblower on the CPUC.

Despite this, Batjer insisted the missing money was make-believe.

“The CPUC did not have $200 million dollars in uncollected fees,” Batjer said in an August 31 meeting, while explaining why she intended to fire Stebbins.

“[The CPUC’s] argument appears to be that this is just how accounting works, that this is just how the state does business,” ProPublica investigative reporter Scott Morris told ABC10. “They didn’t show me that the money had been collected. They said it would be collected. I asked them for evidence that it had been. They didn’t provide any. Batjer declined to be interviewed.”

Morris obtained a memo from the state Department of Finance showing the CPUC was owed $200.4 million.

The memo is addressed to Batjer, notifying her of an investigation into the missing money. It’s dated ten days before the meeting when she said there was no missing $200 million.

An agency spokesperson told ABC10 in an email that Batjer “made no false statements.”

Our FIRE-POWER-MONEY investigation exposed that the CPUC misled the public about how it handled PG&E’s safety violations that caused multiple wildfires and killed more than a hundred people.

The CPUC continues to insist that it “cooperated” in the criminal investigation of PG&E for the Camp Fire, which burned down Paradise and killed 84 people.

Prosecutors told ABC10 that’s not so.

“Why can’t we work together?” Butte County District Attorney Mike Ramsey said about the CPUC.

Ramsey added the CPUC didn’t just refuse to hand over documentation, it also refused to allow its staff members, the state employees who have the most expertise on PG&E and the power industry, to cooperate in the criminal investigation.

“'Can you help us here? Can you give us not just the information that you got, but give us some experts, give us some people to kind of help us understand this',” Ramsey recalled asking the CPUC.

ABC10: Do you run into that kind of thing with any state agency prosecuting crimes?

RAMSEY: Usually not. No.

The CPUC President Marybel Batjer declined to be interviewed for the FIRE - POWER - MONEY series.

“We are disappointed by the characterization you shared of the CPUC’s interactions with Butte County. We cooperated fully with the Butte County District Attorney’s Office and provided the information they needed within the requirements of Public Utilities Code section 583, while maintaining the integrity of our own investigation.”

WATCH MORE:  With California’s wildfires growing deadlier and bigger than ever, the state’s largest power company admitted to the largest corporate homicide in American history. PG&E killed 84 people when its power lines started the 2018 Camp Fire that destroyed the town of Paradise. Our investigation will take you behind the scenes of the criminal prosecution and look into how PG&E and the California state government are avoiding accountability.