Waiting to be fired, CPUC director describes agency as a 'watchdog with no teeth'

The Executive Director of California's public utilities commission demanded to have her firing done in public, while going public as a whistleblower. 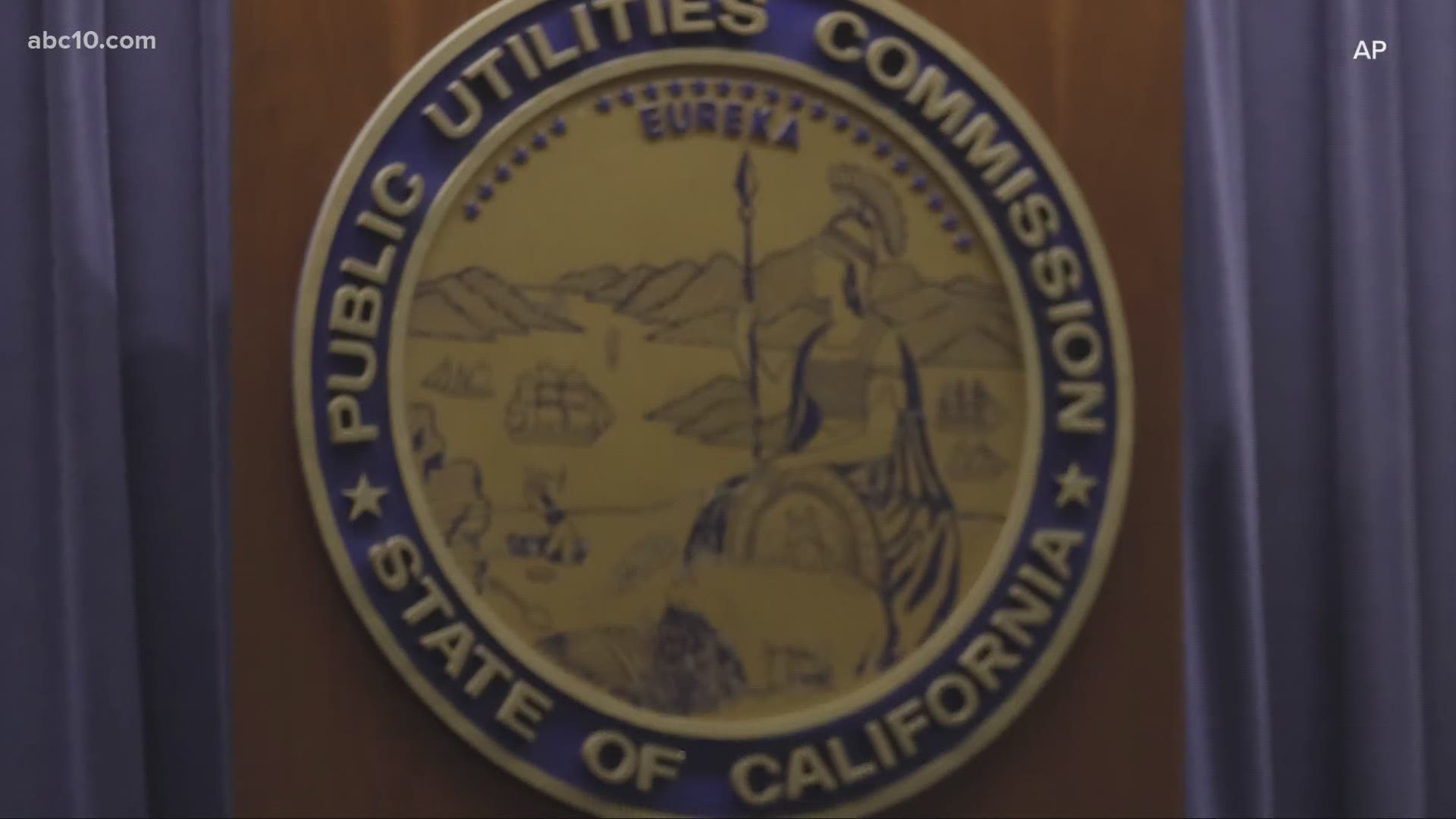 SACRAMENTO, Calif. — The state agency that regulates for-profit utility companies is preparing to fire its top executive, who has turned whistleblower and calls the California Public Utilities Commission [CPUC] a “broken agency” unduly influenced by the industries it is meant to oversee.

“We are a watchdog, and my teeth were being removed,” CPUC Executive Director Alice Stebbins said. “So were the teeth of my staff.”

Stebbins is claiming whistleblower status and has insisted on her right to demand that the governor-appointed commissioners carry out her firing in a public setting, rather than behind closed doors. She believes the CPUC commissioners work with the multibillion-dollar industries they oversee, where she believed utilities would work to get their way with the CPUC.

The CPUC declined to comment for this story but did point to an ongoing state investigation alleging problems with the process used to hire five people Stebbins brought in from other state agencies. Stebbins denies wrongdoing and has filed a detailed rebuttal.

Stebbins believes her pending ouster is about something else, problems she encountered with CPUC President Marybel Batjer, an appointee of Gov. Gavin Newsom who serves as chief of the agency's five voting policymakers.

While pushing to get the CPUC to collect $200 million in unpaid fees that were owed by utilities, Stebbins says Batjer got in the way.

“I brought that up with [Batjer] in February… and it just wasn’t taken very seriously,” Stebbins said. “I was slowed down and stymied in that effort.”

Stebbins and her legal team also accuse the five CPUC commissioners of illegally holding private meetings to discuss issues that don’t qualify for closed-door sessions under state open meetings laws. There's one more reason she thinks she's being muscled out, the utilities don’t want her there.

She accuses both companies of lobbying the commission to remove her. The accusation against PG&E is especially noteworthy in light of the fact that the company recently pleaded guilty to 84 felony manslaughter charges and to recklessly starting the 2018 Camp Fire through criminal negligence.

Since starting that fire, which destroyed the entire foothills town of Paradise in November 2018, state records show PG&E has spent $844,000 to lobby the CPUC.

By outward appearance, that lobbying was successful. Rather than review PG&E’s state license to run a monopoly — as suggested by the CPUC’s own consumer advocate — the commissioners voted to waive payment of PG&E’s $200 million fine for the regulatory violations involved the Camp Fire, an act that was justified as necessary to resolve PG&E’s bankruptcy.

The company has made repeated promises to take safety more seriously and do right by wildfire victims and customers. The promises are similar to those made after the company's natural gas lines blew up in a San Bruno, Calif., neighborhood and killed eight people in 2010. PG&E is still serving probation for six federal felonies connected to that disaster, including lying to federal investigators.

Since then, wildfires blamed on PG&E equipment have killed at least 107 people.

In an email to ABC10, PG&E flatly denied lobbying to remove anyone from the staff of the CPUC.

“I think they need to be allowed to continue to do good work even if I’m not there… and not have people at higher levels standing in their way," Stebbins said. “We have a governor who’s about good government and I think he would want that too.”

Gov. Newsom’s office did not reply to our requests for comment on Stebbins’ claims. Stebbins' termination hearing is scheduled for 10 a.m. Monday, Aug. 17, and will be simulcast on the CPUC website.

GOT A TIP? Brandon Rittiman is an investigative reporter on the ABC10 Originals team. His reporting on wildfires and utilities include Emmy-winning documentaries Escaping Paradise and Fire-Power-Money: California's burning crisis and how it's going to cost us all. To send a tip on this or any other story, email Brandon at brittiman@abc10.com.

The story behind PG&E's shutoffs: Fire - Power - Money. Inside California's burning crisis and how it's going to cost us all: