San Joaquin County Ag Commissioner Tim Pelican told ABC10 at least half of the this season's cherry crop is ruined. The good fruit will probably be left on the tree. 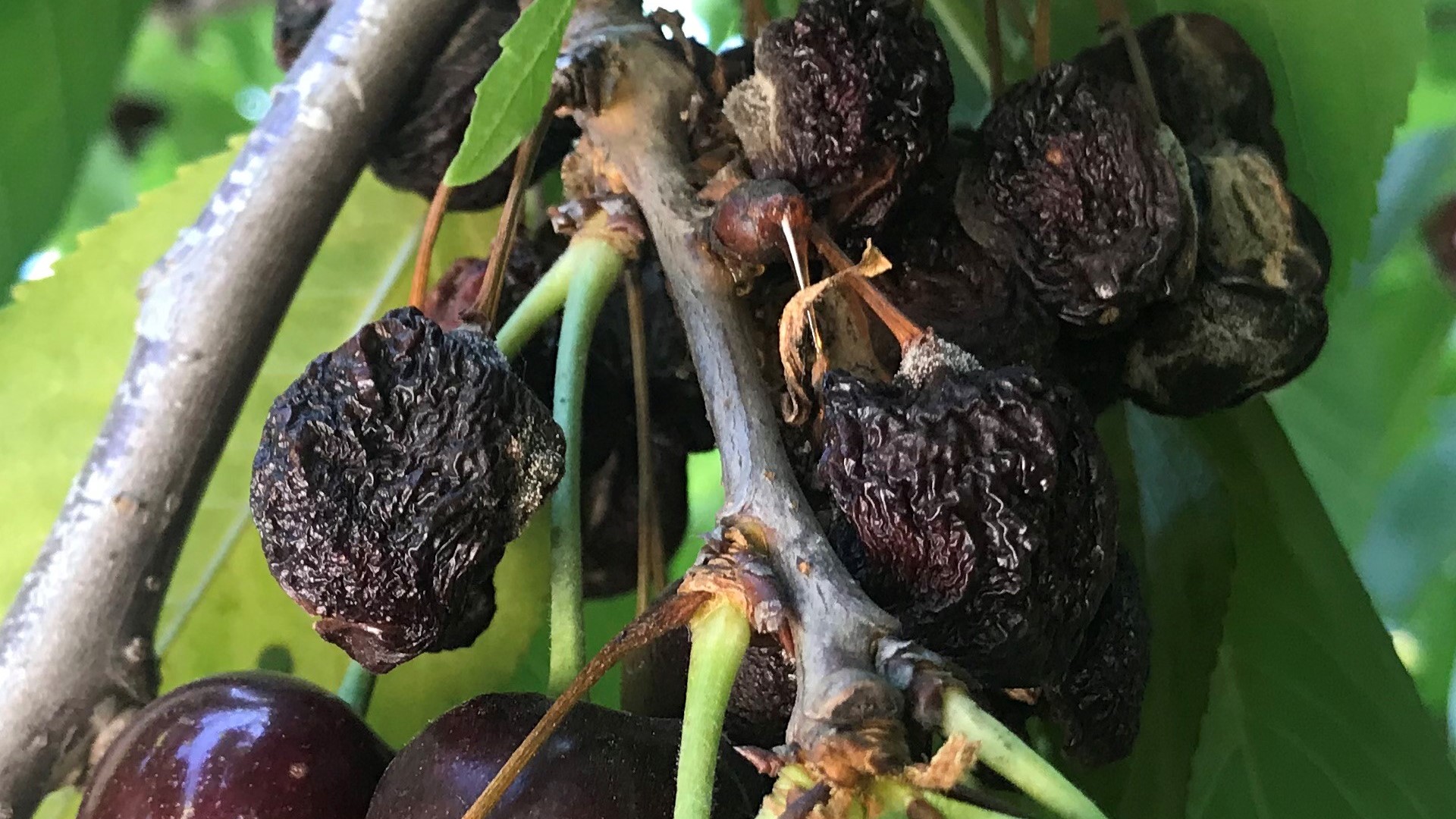 LINDEN, California — Cherry growers were optimistic that their crop this year would be a very good one. But, they knew a series of late season storms could spell disaster. Unfortunately, they were right.

"We got those rains around the 20th of May and it rained for about a week and a half," said San Joaquin County Ag Commissioner Tim Pelican. "Right now, we're looking at losses conservatively of at least 50 percent, which is pretty devastating."

RELATED: ‘I don’t think these cherries can take it’ | Growers bracing for disaster as storms loom

In 2017, Pelican said the cherry crop was valued at $185 million. This year he values it at $90 million, but that figure could worsen as the losses are still being tallied.

The rain wreaked havoc with the fruit, which can absorb moisture from the rainwater because of the fruit's thin skin. Once water gets trapped inside, it can cause the cherry to pop and split leading to mold and a worthless commodity. Growers say damaged cherries are unmarketable.

Credit: ABC10
Because of the spring rain, cherry crops in the Central Valley were ruined.

"The storms we got and that cool weather hit at absolutely the worst time that it could possibly hit," added Pelican.

While not all cherries were destroyed, growers say it is not worth picking the good fruit so in many cases the fruit is left on the tree. Pelican said the devastation is all across the county, even spreading to other counties that grow cherries.

"Usually, when we've done disasters it's been somewhere around 1 to 1.5 tons per acre and this year we're looking at maybe as low as .6 or .7 tons per acre," Pelican explained.

Pelican told ABC10 the county will apply for a crop disaster next week with the state Office of Emergency Services (OES). He also plans to send a letter to the USDA's Farm Service Agency as well. He said that will make low interest or no interest loans available to affected growers. Growers have crop insurance, but it doesn't cover everything, he added.