Farming shellfish in deep ocean waters is a potentially lucrative industry in California. But a recent failed project could be hard to overcome. 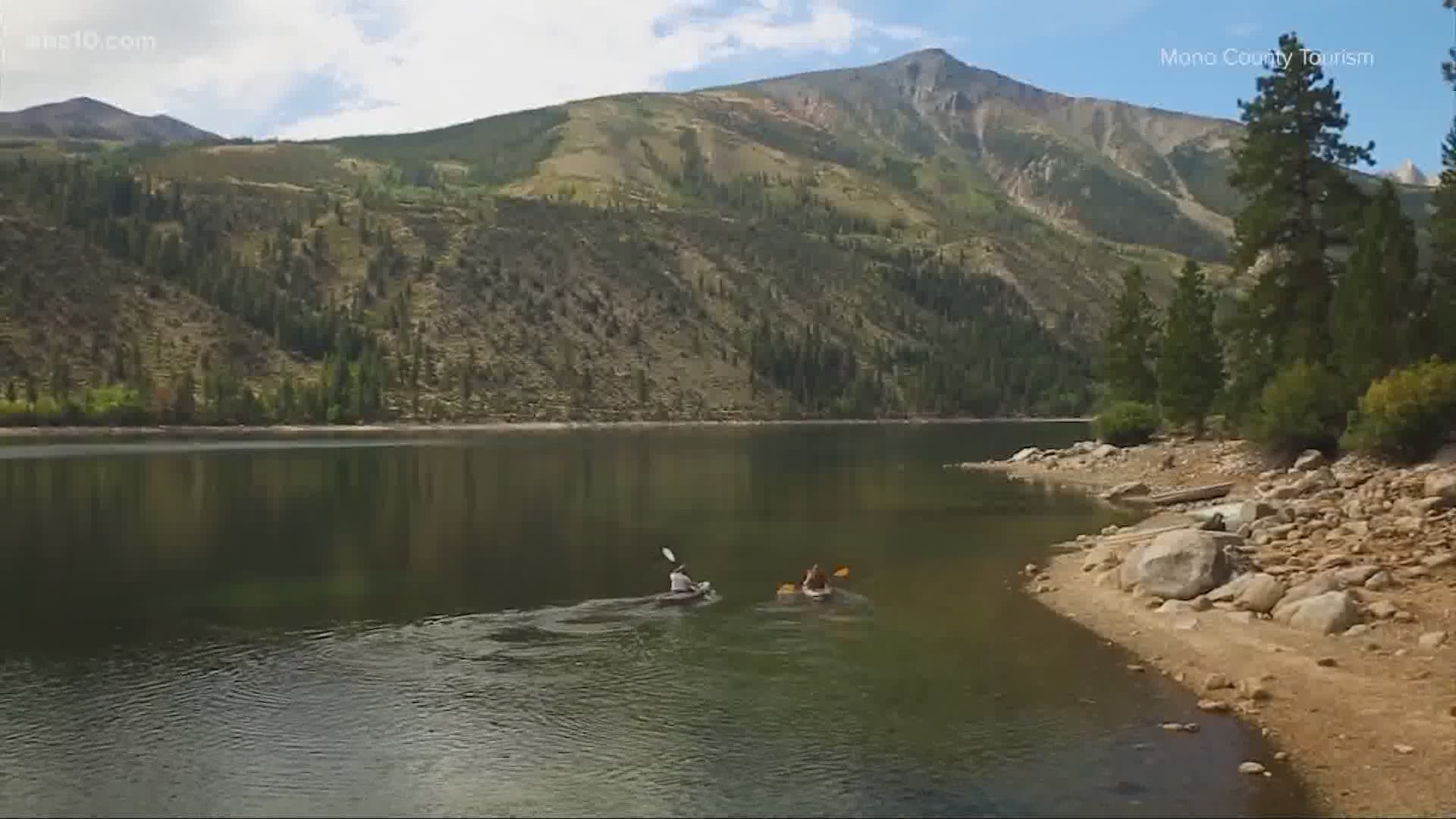 SACRAMENTO, Calif — As pilot projects go, it couldn’t have gone much worse.

The nation’s first commercial shellfish farm in federal waters was supposed to provide a national model for sustainable aquaculture.

Bobbing in the Pacific Ocean six miles off Huntington Beach, the 100-acre Catalina Sea Ranch was cautiously approved in 2014 by a host of state and federal agencies. Considered an experiment, it was subject to strict operational oversight.

But in practice, the operator ignored permit requirements from the California Coastal Commission and the U.S. Army Corps of Engineers, did not perform required inspections and failed to repair equipment. The company ignored enforcement letters demanding compliance with state and federal rules.

Underwater inspection videos provided to the Coastal Commission depicted equipment in disrepair and showed the company took shortcuts, such as using old tractor batteries to weigh down mussel-growing lines, rather than anchoring them to the seafloor as required.

The company also was not allowed to offer mussels for human consumption because its safety had not been determined. But Catalina Sea Ranch’s Facebook page featured pictures of events where its mussels were served to the public.

Finally, last year, part of the farm’s structure broke apart and the operator delayed repairs. Two weeks later, an unsecured 400-foot length of line wrapped around the outboard engine of a small fishing boat, causing it to capsize, killing a 70-year-old man. His family filed a $10 million wrongful death suit.

The company declared bankruptcy and in March, a judge ordered its assets be sold.

Any hopes that the pilot project’s success would pave the way for widespread sea farming in California’s deep ocean waters appeared to be dashed.

“Catalina Sea Ranch was an example of what not to do,” said Diane Windham, West Coast aquaculture coordinator for the federal National Oceanic and Atmospheric Administration, which researches and promotes offshore farming.

“It’s going to haunt the industry for quite a while.”

Despite the worst start any fledgling industry can imagine, a handful of California shellfish growers are pushing ahead, led by a proposal for a substantially larger farm — 2,000 acres or two and half times the size of New York’s Central Park — in the Santa Barbara Channel off Ventura. It could eventually house 20 separate mussel operations.

The Ventura Port District envisions its expansive mussel operation as a potential shot in the arm to one of California’s busiest commercial fishing harbors. Suffering from a sharp decline in squid catch, harbor authorities say the mussel harvest could produce $50 million in shellfish per year, riding the wave of a boat-to-table culinary movement.

But that proposal is now in a holding pattern: It lacks a variety of necessary permits, and state legislation that would have given the port jurisdiction to operate in federal waters stalled this week.

Marine scientists and officials say that shellfish farms in deep waters miles offshore pose a number of potential risks to the environment and human health:

•Debris from shells and the superstructure

•Shellfish accumulating pathogens, biotoxins and other contaminants that make it unsafe to eat

“The offshore form of aquaculture is not for the faint of heart,” Windham said.

Stopped in its tracks

None are harvesting in federal waters, which are more than three miles offshore, and only one mussel farm operates in the open sea in California, a well-regarded facility in state waters off Santa Barbara.

Those nearshore operations are, by comparison, cheaper and more straightforward than open-water growing, which presents complexities of currents and depth, and requires navigating protected marine mammals, commercial ships and pleasure boats.

Still, the wide Pacific beckons to sea farmers as an untapped frontier in the same way that open Western territory in the 19th Century brought stampeding settlers eager to stake a homesteading claim.

The new project, known as Ventura Shellfish Enterprise, is a partnership headed by the port district and includes shellfish companies and investors. The harbor would receive a portion of the proceeds from the mussel harvest.

The group received more than $600,000 from NOAA’s Sea Grant’s National Aquaculture Initiative to prepare sophisticated materials required to help gain permits from the Army Corps, which leases the sea bottom, and the California Coastal Commission, among other agencies. Obtaining permits is estimated to cost between one to two million dollars; the cost of building the 2,000-acre farm has not been calculated.

But the industry’s bumpy passage in the wake of Catalina Sea Ranch’s demise continues to bedevil projects: The Ventura farm was originally proposed within state waters — up to three miles offshore — in the Santa Barbara Channel but that was opposed by some commercial fishermen as it was in a halibut trawling zone.

The proposal was changed to waters farther out, about 3.5 miles offshore, in federal territory, bringing on another bureaucratic hurdle. According to the commission that regulates the harbor’s special district, the mussel farm would be sited outside of the Ventura harbor’s jurisdictional boundaries.

That ruling stopped the project in its tracks.

Kai Luoma, executive officer of the local commission, said in an interview that the port district had no authority to operate outside state waters, so the commission had no choice but to reject the plan. Last October the commission concluded that “the only recourse is going to be changing state law.”

Stymied, the Ventura Port District lobbied Assemblywoman Monique Limón, a Santa Barbara Democrat, depicting a beneficial commercial enterprise caught in a bureaucratic Catch 22 — not falling entirely under the purview of the state nor federal regulatory agencies. If Limón could help, harbor officials said, a new industry would flourish, bringing employment, tourism and tax dollars to her district.

Limón was persuaded, and in February sponsored a bill that would carve out an exemption for the Ventura aquaculture facility.

The bill died in the legislature this week, sending the project back to the drawing board.

Limón said she hopes to revisit the issue.

“This bill plays a role in advancing a conversation…about how to support these projects in and out of state waters,” she said in a statement.

The Coastal Commission remains skeptical that the existing regulatory framework is adequate to monitor marine operations far from land.

“Catalina Sea Ranch’s collapse and its operators’ failure to follow the rules and make good on the many strong commitments they made showed us that state agencies need much better tools in order to take corrective action before things spiral out of control,” said commission spokeswoman Naoki Schwartz.

The project’s failure laid bare the challenge – how a state agency monitors a facility operating in federal waters. Inspecting the farm in open seas was not feasible for agencies, and the Coastal Commission relied on the operator to submit video records attesting to the soundness of the facility’s structure.

Meanwhile, the California Aquaculture Association has requested economic assistance from the state during the coronavirus pandemic, citing crippling business disruptions.

‘An industry waiting to grow’

“This is an industry waiting to grow,” Lee said.

Catalina Sea Ranch was recently acquired by an investment group that aims to take over the original operating permit, which is still valid.

“But investors have a lot of trepidation,” Lee said. “Permitting costs millions of dollars just to get out the door.”

Part of the issue is the newness of the industry in California. Although countries such as New Zealand and Norway have farmed the ocean for generations, state and federal regulatory agencies in the United States are still trying to understand the best technical designs and understand environmental implications.

“This is a new process for us. There are logistical challenges,” said Aaron Allen, Los Angeles District North Coast Branch division chief for the Army Corps.

“We are getting more confident about the technical aspect. You learn from doing. The challenging aspect is how do we monitor and document compliance for these facilities that are miles and miles offshore?”

Environmental groups are generally supportive of aquaculture, but caution that it needs extensive project monitoring and more cohesive state and federal regulations.

“We urge the Commission to carefully consider that the proposed development will be the first of its kind in California and that it has the potential to set precedence for more offshore aquaculture in our state,” the ocean advocacy group Heal the Bay told the Coastal Commission during the Sea Ranch permitting process.

Phoebe Racine, a doctoral candidate at the University of California, Santa Barbara who studies aquaculture policy, is a cheerleader for farmed shellfish, saying the sea creatures are sustainable, require much less energy to produce, and are healthy to eat.

“It’s as close we can get to a free lunch when it comes to animal protein,” she said.

Anne Kapuscinski, who directs the Coastal Science and Policy Program at the University of California, Santa Cruz, agrees, calling nutrient-dense mussels the “most efficient food conversion on the planet.”

But Kapuscinski said ocean farming is not without environmental concerns: One is that when rafts or rope lines used to grow mussels are grouped too closely together, they extract more than their share of phytoplankton from the ocean’s water column.

“That’s fairly easy to manage,” she said. “I do think that developing aquaculture, responsibly done and properly sited, is one of the wiser things we could be doing. [Mussels] are low on the food chain, a good quality food produced by the sun.”

Aquaculture entrepreneurs are aware that their proposals will carry the hopes of an entire industry.

“We want to be a highly successful project that is an example of what’s done right,” said Ventura Port District General Manager Brian Pendleton.

But that’s a low bar at the moment. There is no standard: There is scant research data and no viable economic model for operators. The industry has imported the best operational practices from abroad and will need to reshape those for U.S. and state regulations.

“It’s frustrating,” said Windham of NOAA. “Until we get something permitted and in the water we can’t validate our assumptions. It has to start on a small scale — get a farm in the water and monitor the heck out of it. We need that leap of faith.”