The Dixie Fire has burned 61,376 acres in Butte and Plumas counties, yet still 15% contained, according to Cal Fire's recent update. 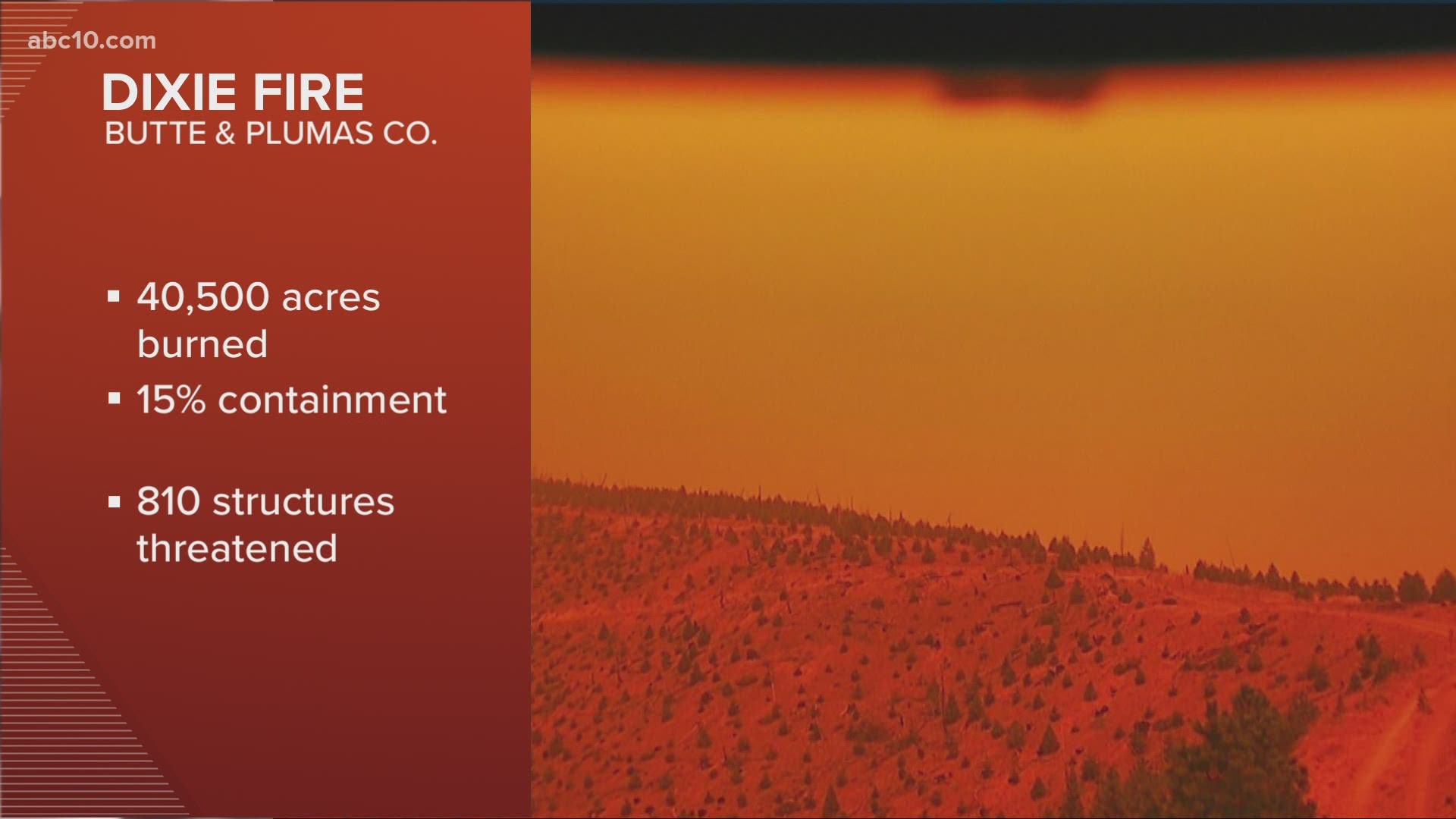 Cal Fire Operations Section Chief Tony Brownell said the Dixie Fire another active day that pushed the fire to the north and east.  Firefighters made control lines to reinforce the perimeter as they continue the fire fight from the air and the ground.

According to a press release from Gov. Newsom's office, the state has secured a "Fire Management Assistance Grant (FMAG) from the Federal Emergency Management Agency (FEMA) to help ensure the availability of vital resources to suppress the Dixie Fire burning in Butte and Plumas Counties." The grant allows local, state and tribal agencies responding to the wildfire to applying for 75% reimbursement of fire suppression costs.

Caltrans District 2 said that Highway 70 remains closed from Grandview Station to the junction with State Route 89 due to the fire.

The fire has grown from 59,984 to 61,376 acres and containment remains at 15%. According to the update, the fire will still be active overnight but firefighters will be providing structural defense in communities surrounding the area. Fire resources are arriving to help fight the fire.

Over 800 structures are threatened by the fire, while only so far two have been destroyed.