One man told ABC10 that the wording on ID extensions has already prevented him from being able to buy weapons ammunition. 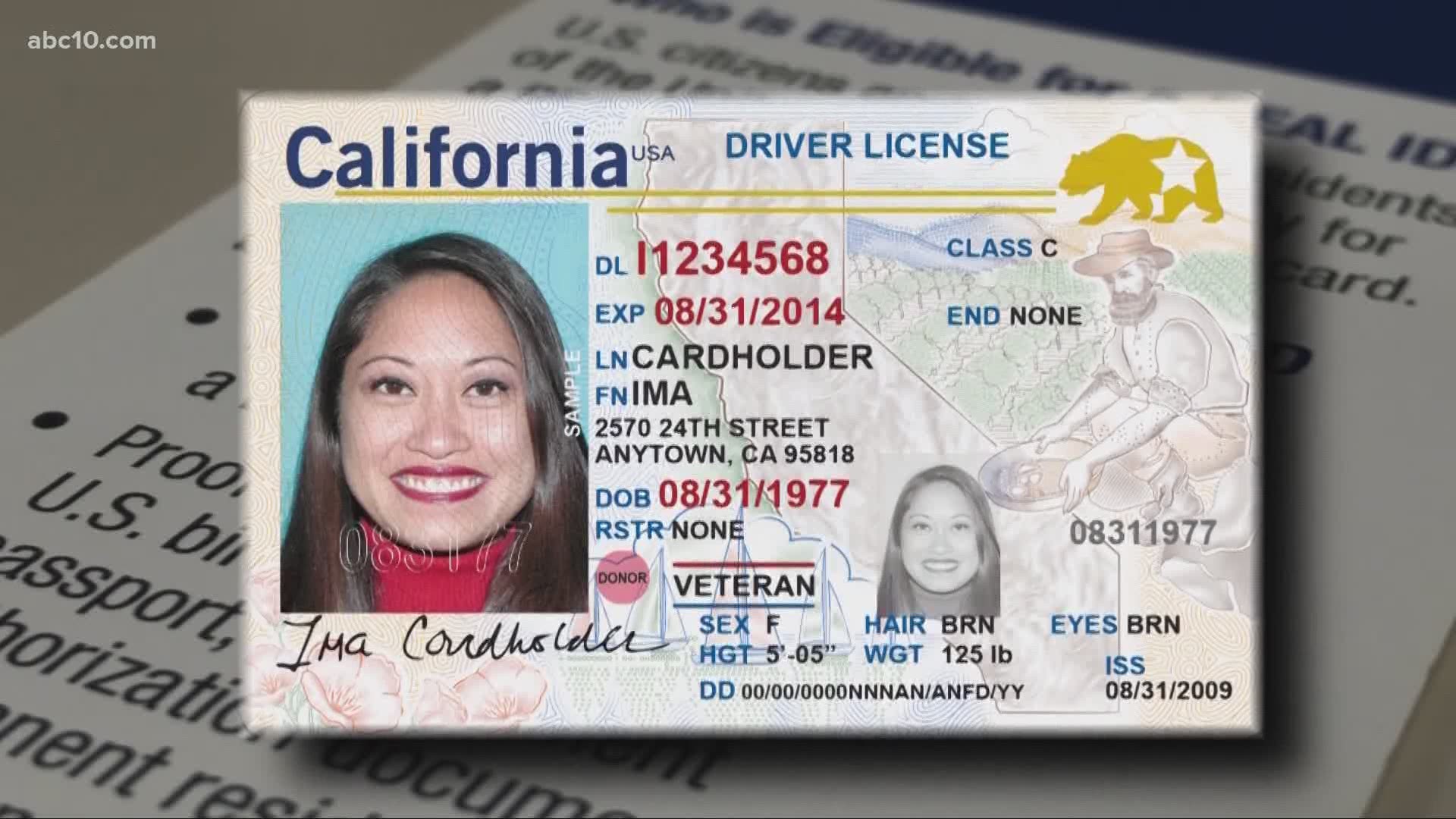 SACRAMENTO, Calif. — David Rhains, 70, is worried he will not have legal identification once his license expires.

"One of the main concerns I have is I'm going in for a knee replacement, and if I need more pain medication, I won't be able to get it," Rhains admitted.

Rhains doesn't understand why the state's Department of Motor Vehicles isn't considered an essential service, and he is not alone in his frustrations.

While the DMV is considered essential, with many of its employees still working in the offices, the doors to the buildings are closed to the public for in-person services.

But the DMV's apparent not-so-smooth transition to online services has led to residents voicing their concerns regarding gray areas with expiring licenses and IDs.

Rhains initially became worried when he realized his license expired the same day as his upcoming surgery. He said he can't just take care of the problem online like the DMV is recommending for most people, because he is over 70.

"They're saying I still have to come into the office," Rhains said.

Steve Gordon, the Director of California DMV Services, explained that while most people can get their needs taken care of online, about 3% will need in person assistance.

Those in-person transactions are things such as obtaining a REAL ID, a new driver license, or even taking a driver's test, among other things. But with offices closed to the public during the pandemic, those needs have to be postponed.

"Those are going are unfortunately going to have to wait until our offices are re-opened, and we're working on getting those opened now," Gordon said.

As for license and ID extensions, the DMV announced in April that drivers 70 and older have an automatic extension for 120 days, but drivers will not receive a new card in the mail, only paperwork saying they have an extension.

"[The extension], along with your current license, will show you have an effective license through the end of May," Gordon said.

A problem he said he has encountered is the extension document itself, which reads at the very top: "NOT A VALID IDENTIFICATION." Rhains said the wording has already prevented him from being able to buy ammunition for his guns.

"I called the gun shop and he goes, 'What are you, crazy? I'm not going to prison for five years,'" Rhains recealled. "And the pharmacies? They're so critical on opioids right now, and any kind of narcotic — no, they aren't going to risk their license."

Dr. Ken Thai, president of the California Pharmacists Association, explained that while asking for a valid ID is not a legal requirement, it is a standard practice.

Dr. Thai said he has not come across the issue but said he hopes pharmacists would be understanding about special circumstances during the pandemic.

"I think someone just didn't think it through," Rhains said. "I don't think they realized there would be people without an ID."

Gordon said the the state is doing its best to make sure businesses are aware of the extensions.

"Are there going to be a couple of cases here or there where somebody maybe doesn't understand what the ID requirements are? Absolutely," Gordon said.