Is it a miracle on Lake Berryessa? 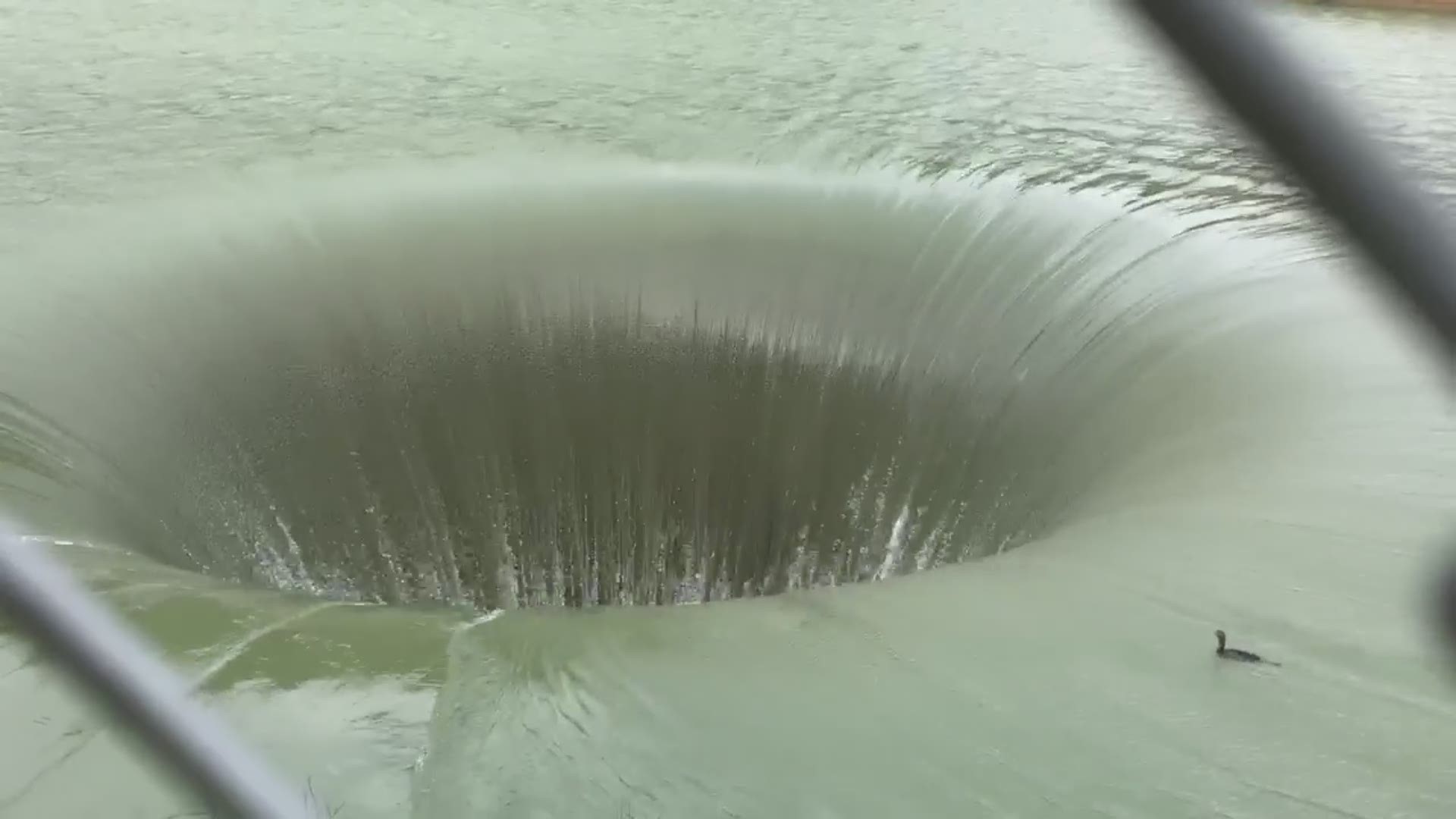 SACRAMENTO, Calif. — If true, it's one very lucky duck!

The bird that captured hearts after getting caught on camera plunging down the Lake Berryessa Glory Hole reportedly survived the terrifying fall.

Rick Fowler — a water resources technician with the Solano County Water Agency, who took the now-viral video of the bird — said he saw the duck come out the other side of the spillway.

"It shot out of there like a bullet," Fowler said. "It flew through the turbulence and came out of the water shaking water like it didn't know what had happened."

Fowler said he went to see the Glory Hole — which only happens when the dam reaches capacity and produces a funnel-shaped outlet that allows water to bypass the dam — and just happened to capture video of the bird. He immediately ran over to the other side of the spillway to see if the bird would make it. He was surprised to see it did.

Some experts, however, are skeptical. According to Melissa Vignau with the Solano Irrigation District, there's no way the duck actually made it through.

"The velocity of water going through there would have torn it in pieces," Vignau said.

RELATED: Rick Fowler, the man who captured video of the ‘Glory Hole Duck,’ explains how the bird survived

She said telephone poles and big trees go into the spillway and don't come out in one piece. Also, she said there was no way the person shooting the video could have seen if the duck came out the other side.

Fowler disagreed and said he was able to run over to the other end of the Glory Hole and look straight down on it.

"It flew up over the turbulence and landed on the calmer water in the creek," he recalled.

The duck in the video is actually a cormorant, which is common in the watershed. These birds are known for deep diving. Even so, one going into the Glory Hole is unusual.

"I haven't seen a bird go there before," Vignau said. "That's a new one for me."

Eric Escalante and Josh Lyle contributed to this report.

Continue the conversation with Liz Kreutz on Facebook. If you're viewing on the ABC10 App, tap here for multimedia.

Lake Berryessa's spillway is called many things: "The Glory" or "The Glory Hole."  Whatever its called the view from above is amazing. Shot  March 1, 2019.