According to the U.S. Geological Survey (USGS), the epicenter of the earthquake was about 8 miles northwest of Truckee. 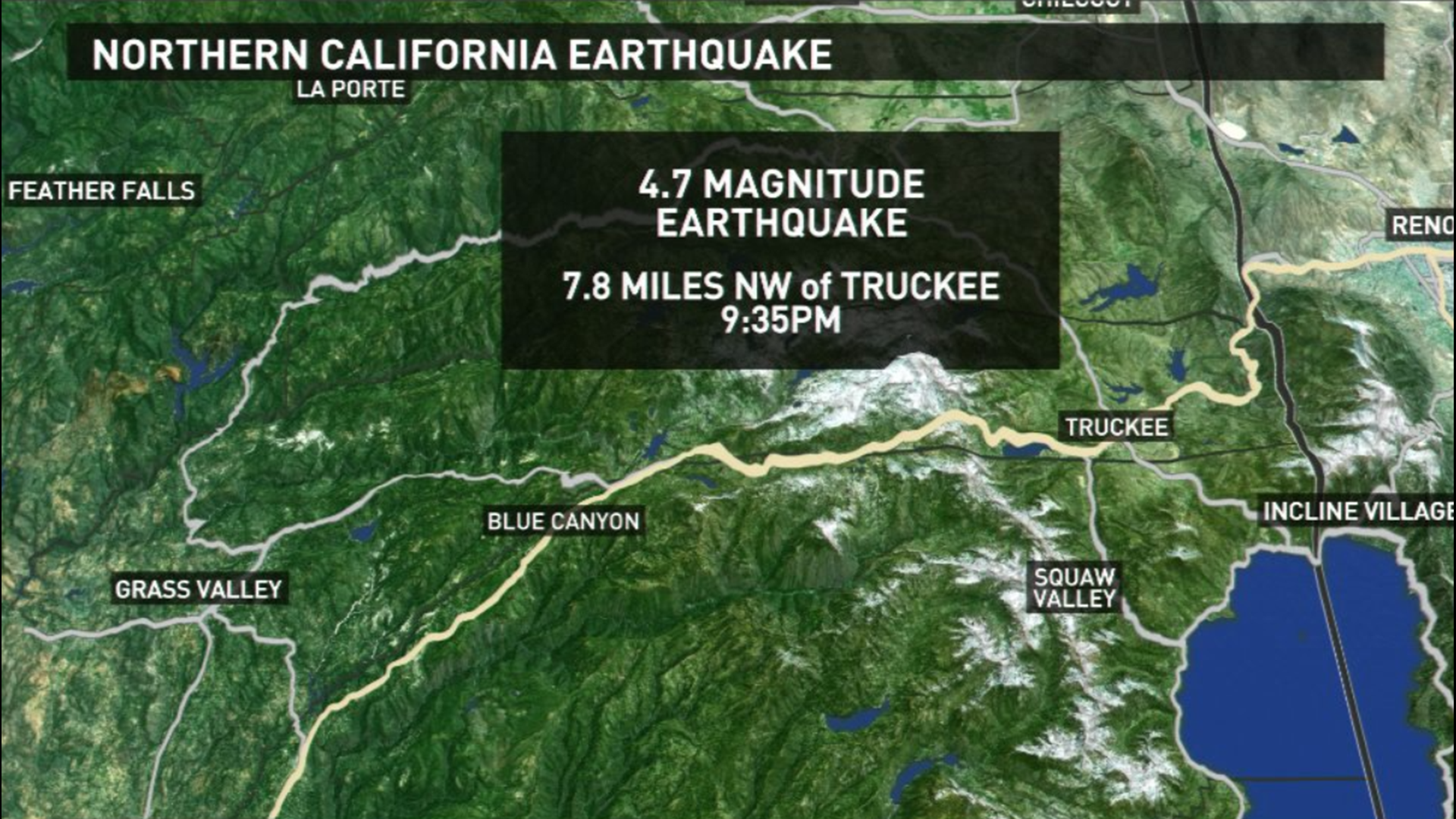 According to the U.S. Geological Survey (USGS), the epicenter of the earthquake was about eight miles northwest of Truckee and 26 miles west southwest of Reno. At one point, USGS reported the earthquake as magnitude 5.1 but it was later downgraded to a 4.7.

Two more earthquakes have also been reported in the area by USGS. A magnitude 3.2 hit 11 miles northwest of Truckee and a magnitude 3.1 hit 8 miles southeast of Sierraville.

The 4.7 magnitude earthquake happened around 9:30 p.m. A map of where the earthquake was likely felt can be found HERE.

"It was a little bit scary. The whole store started shaking," said Kevin, an employee at a Shell station. "At first I thought it was the wind, but it didn’t turn out to be that when I noticed there was a bottle of water next to me shaking."

Kevin said objects around him started moving due to the shaking.

"It kind of shocked me for a little bit, but after a while I kind of understood it was going to be an earthquake but was the second one we’ve had already within the past two or three weeks, this one definitely did last longer though,” he explained.

So far more than 790 reports from #earthquake near #Truckee - no building damage reports and one substantial road damage report @ABC10 @MyShakeApp pic.twitter.com/wg7joEviSP

ALL ABOUT EARTHQUAKE PREP:

WATCH MORE:  Earthquakes come without warning and if you aren’t prepared by the time the big one hits, you will be too late. The 2019 earthquake near Ridgecrest, California shined a spotlight on the need to be prepared with a disaster kit and a plan. A little work now could help you survive the next quake.