According to the governor's office, EDD will address the backlog of unpaid unemployment claims by improving communication with customers. 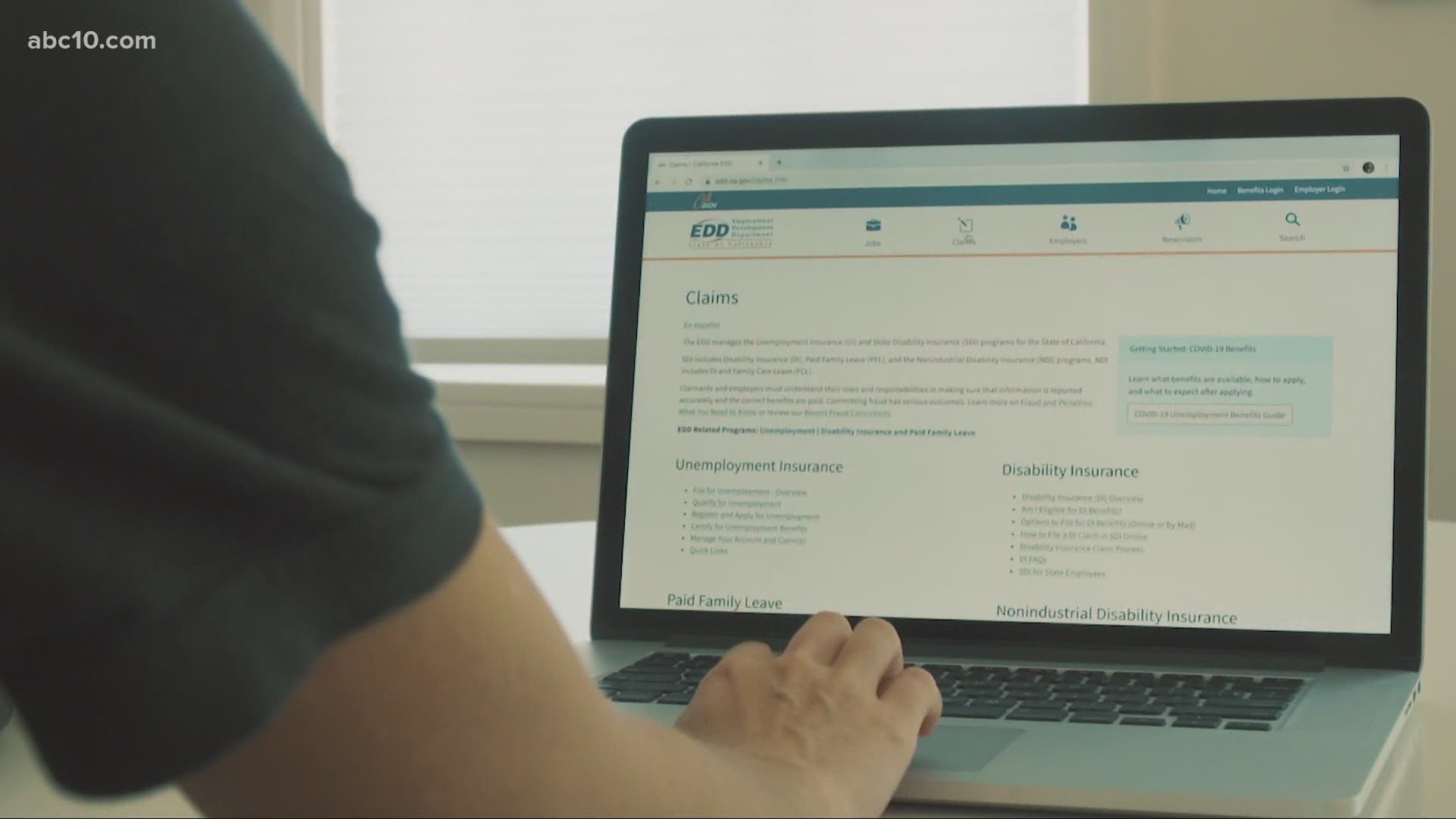 SACRAMENTO, Calif — Gov. Gavin Newsom announced Wednesday the creation of an Employment Development Department [EDD] strike team that aims to build a guide to improve the agency and upgrade its technology.

The EDD will address the backlog of unpaid unemployment claims by improving communications, according to the governor's office press release.

"Unprecedented demand due to job loss during this pandemic paired with an antiquated system have created an unacceptable backlog of claims," Newsom said. "Californians deserve better, and these reform efforts aim to move the Department in that direction.”

Labor and Workforce Development Agency Secretary Julie A. Su said in the press release that unemployment insurance should be a "human-centered" system.

"From the first contact to final resolution and all communication in between, we are committed to making the UI experience better for Californians,” Su said.

Governor @GavinNewsom announced a series of actions to better serve workers that have experienced job loss during the #COVID19 pandemic, including the formation of an @CA_EDD strike team, and a renewed focus on processing unpaid claims. https://t.co/4CijGldjyD

According to the governor's office, EDD processed more than $49 billion in unemployment benefits through more than eight million unemployment insurance claims since the start of the pandemic. Government Operations Agency Secretary Yoland Richardson and United States Digital Response Co-Founder Jennifer Pahlka are leading the strike team.

EDD officials announced on July 21 recertification for those who have past unemployment payments. Officials said it would be implemented due to certifications temporarily suspended early to help process a high number of unemployment claims.