Power grid operators are asking for everyone to help conserve energy as temperatures hit triple digits. 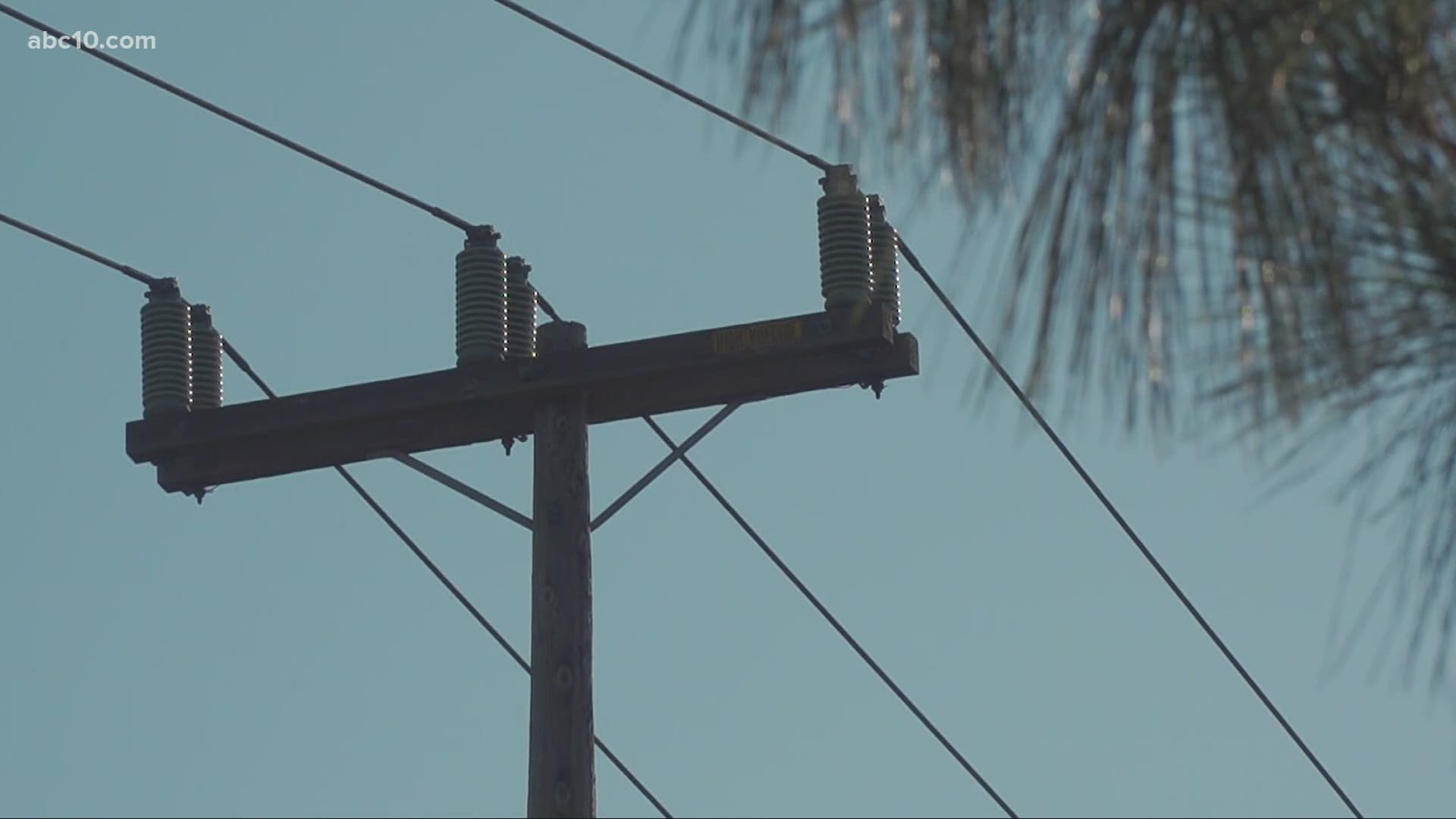 California Independent System Operator (CAISO) says today will be the most challenging day of the heat wave for the power grid. Temperatures are supposed to peak throughout the state today.

California Independent System Operator (CAISO) officials said they lifted the Stage 2 emergency. They are not going to conduct power shutoffs on Saturday night.

CAISO officials said there is still a Flex Alert from 3 to 9 p.m. on Sunday.

California Independent System Operator (CAISO) officials said it remains a Stage 2 emergency and there are no outages at the moment. Officials credit residents conserving power as to why the power didn't need to be shut off.

#Powergrid is staying at Stage 2 emergency. No outages yet. Conservation efforts are key! #KeepConservingCA #ItsWorking #FlexAlert until 9 p.m.

California Independent System Operator (CAISO) officials announced there could be possible rolling blackouts on Saturday after declaring a Stage 2 emergency.

CAISO uses blackouts as a way to relieve stress on the power grid.

A statewide Flex Alert has been issued for Labor Day weekend by the California Independent System Operator (CAISO). The agency is also asking people to conserve electricity.

The Flex Alert was announced Thursday and calls for voluntary electricity conservation from 3 - 9 p.m. Saturday through Monday. Labor Day weekend temperatures are forecast 10-20 degrees above normal for California, leading to an increase in electricity demand, primarily from air conditioners.

CAISO does not expect there to be any blackouts for this Flex Alert, but they say they will know more the day before each day in the alert.

Valerie Long of Georgetown, Calif., was one of the residents whose power was shut off last month when CAISO issued a Level 3 emergency to off-load power from the state's power grid. She said she has anxiety whenever she hears of a Flex Alert, because she and her husband both rely on oxygen machines that plug into power.

"I hope people kind of listen and do their part to conserve because there are people that really are dependent on needing as much electricity as they can get," Long said.

Highs will range from 95-110 degrees in the Sacramento and San Joaquin Valleys as well as the Sierra foothills.

Overnight lows will be dangerously warm, only dropping to the mid-60s and low 70s. This provides little relief from the intense afternoon temperatures.

Energy conservation can lessen the chances of power outages or interruptions.

"For example, consumer conservation efforts during a heat wave on Aug. 17 and 18 were key to preventing expected power outages," California ISO said in a press release.

The California #ISO is issuing a statewide #FlexAlert, a call for voluntary electricity conservation, beginning Saturday and extending through Monday, from 3 p.m. to 9 p.m., due to excessive heat in #CAwx. https://t.co/pO9Vg3Zcs9 pic.twitter.com/k7F42dzJ8P

CAISO is asking Californians to do the following during the Flex Alert hours:

Californians can also do these things to prepare for energy conservation before 3 p.m.:

WATCH MORE: Who is responsible for the rolling power outages?

The former president of the California Public Utilities Commission said California ISO weighed in on a tweet from President Trump blaming democrats.