The group protested in front of Marysville City Hall against an ordinance that would clear their campsite. 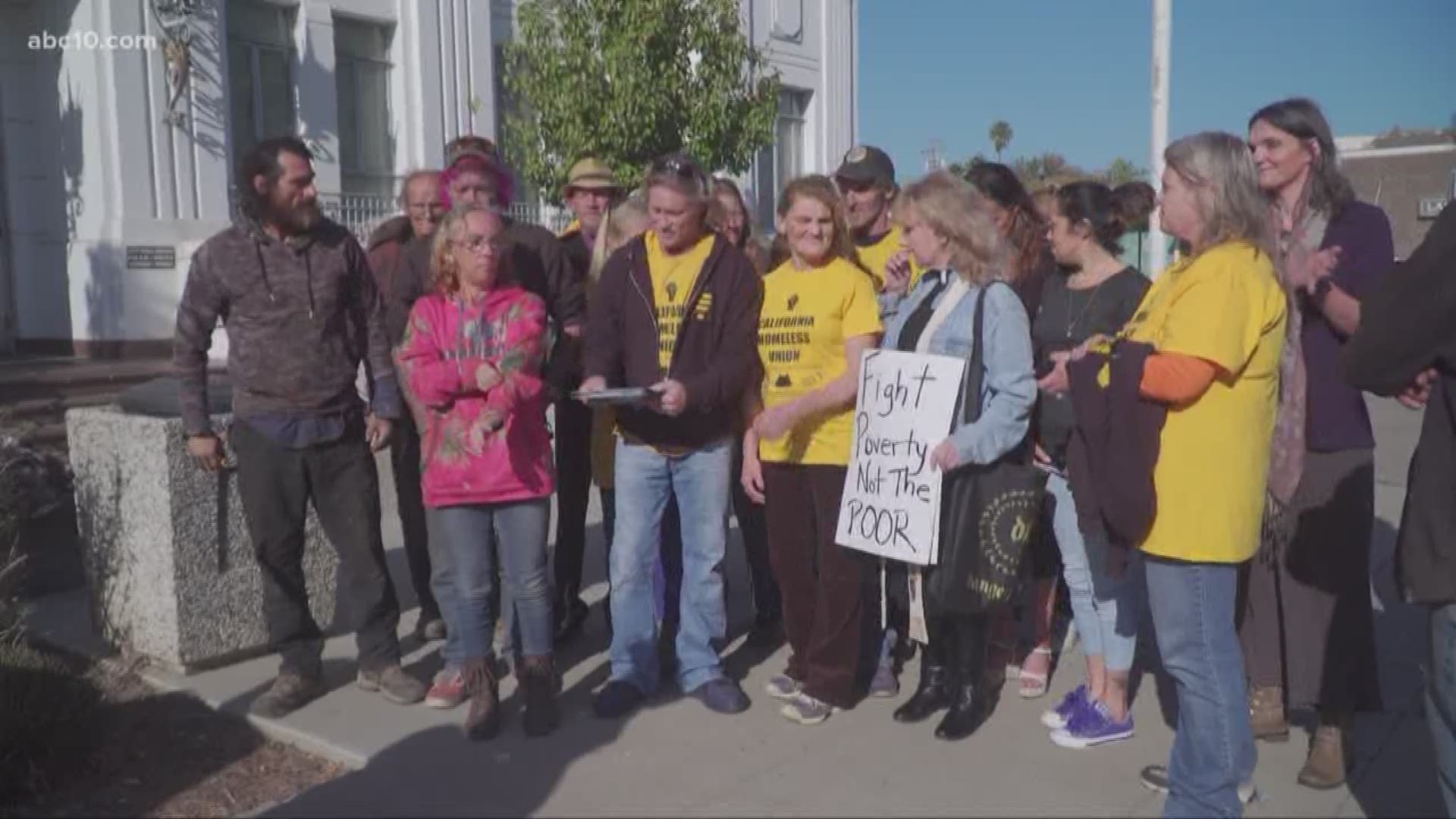 MARYSVILLE, Calif. — A well-organized group of homeless people spent Thursday morning demonstrating outside Marysville City Hall. Many of them wore yellow T-shirts that read “California Homeless Union.” They are upset after Yuba and Sutter counties passed camping ordinances to clear the area near the Feather River.

"That is not what should be done, to violate a civil and human right that one expects to be protected by should be held accountable," explained Bryan Brown, a homeless resident.

Brown said the homeless people who live along the river want a place of land they can live on.

"We deserve a home just like anybody else,” said Brown. “We're willing to work for a piece of property. We're just like everybody, we're human beings."

The homeless people who were protesting also led tours of the camps where they live in Marysville and Yuba City. Tim Hall lives along the west bank of the Feather River between the river and the levee. He said living outside keeps getting more difficult.

"They've cut off our water. They've made it extremely hard to get out of here. There's only one way out,” said Hall. “If you've noticed that gate right down here they've put a big old boulder right there in the footpath. I mean, come on, how much do we have to go through?"

Hall took ABC10 around his camp and even bragged about the view. He said he has no plans to move regardless of the urgency ordinances on camping.

Yuba County Spokesperson Russ Brown said the ordinance is a matter of safety.

"It's very important that camping's not allowed in those areas that go from the levees to the rivers,” said Brown. “Because those areas are flood zones and this time of year, this area's known for those rivers to come up quickly, I mean very quickly."

Brown said the laws are about protecting people.

The homeless say they’re going to keep organizing and plan to fight the ordinance.