Authorities say 87-year-old Helen Coultrup was last seen on August 3 driving her 2010 silver Toyota Yaris in the area of Highway 12 and Highway 26 in Valley Springs. 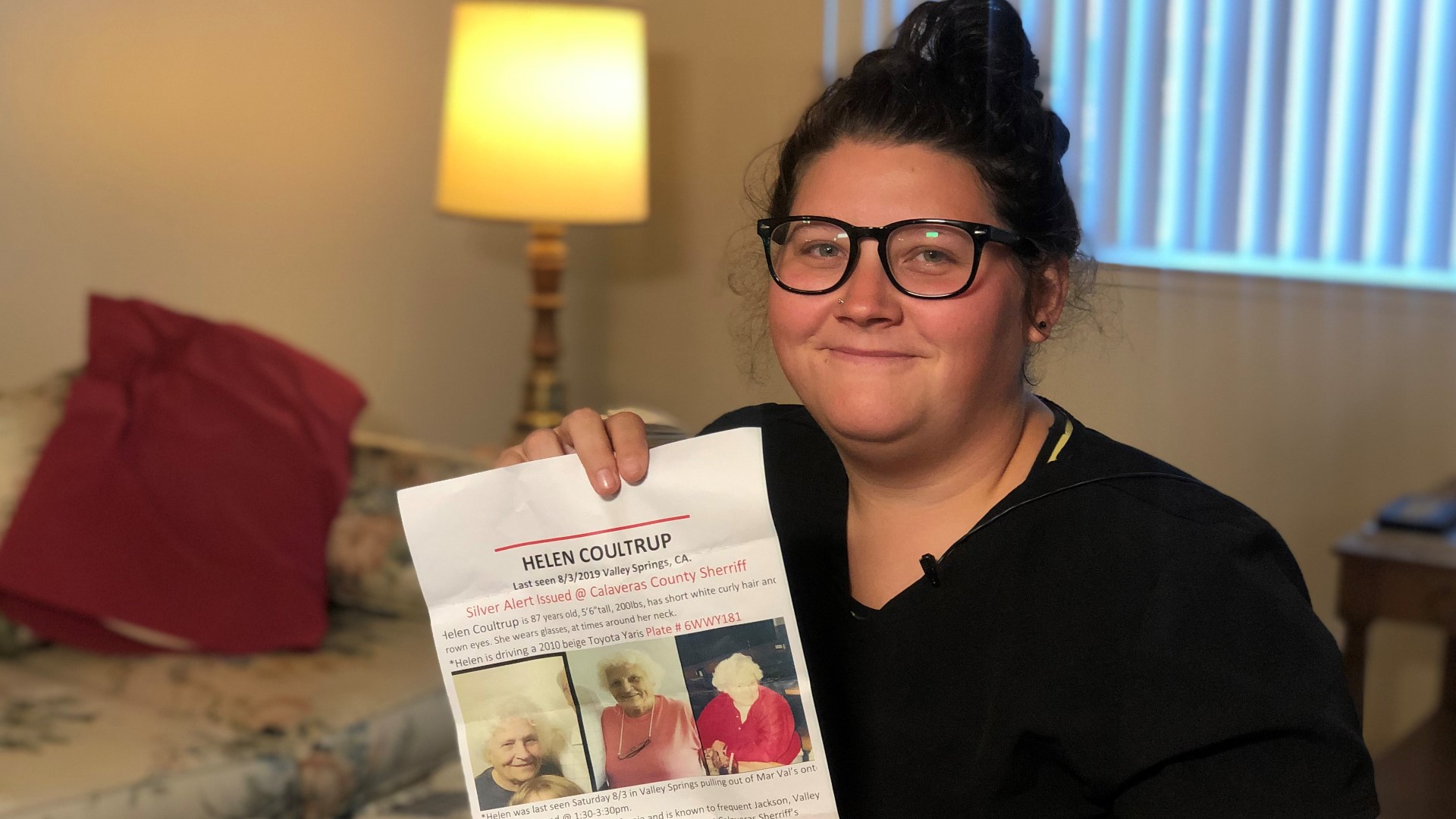 CALAVERAS COUNTY, Calif. — The Calaveras County Sheriff's Office issued a Silver Alert for an 87-year-old woman who's been missing since August 3.

Authorities say Helen Coultrup was last seen driving her 2010 silver Toyota Yaris in the area of Highway 12 and Highway 26 in Valley Springs. Coultrup is 5'6" tall, has short white curly hair, and sometimes wears glasses on a necklace.

"She is somewhat confused, no diagnosis of dementia," said Coultrup's granddaughter, Molly Coldani.

Coldani told ABC10 her grandma lives in San Andreas, but was last seen at the Mar-Val parking lot in Valley Springs, Calif.

"She was seen by one of her friends," Coldani said. "They are Jehova's Witnesses so they sit outside the grocery store. She waved, left the parking lot, and then turned left."

Coldani said another tip from someone in the community led her to the Hogan Dam in Valley Springs.

"I thought that was weird. It wasn't in her box," Coldani explained. "She has this box she goes to – Angels Camp, San Andreas – she has dinner in Jackson almost every night."

Coldani said she went to every restaurant her grandmother would go to, but no one has seen her after August 3. On Saturday, Coldani is asking those who can help to join her search party from 8 a.m. to noon at the Mar-Val parking lot in Valley Springs.

"I just need closure. I can't live with the fact that she just drove into the sunset to never be seen again. However I find her, I just need to find her," Coldani added.

For more information on how to help Coldani find her grandmother, click here.