John Altobelli, who died in helicopter crash, remembered as 'a legend' in junior college baseball

"[He was a] very charismatic guy. I mean, the kind of guy that walks into the room and everybody gravitates to," said Delta College baseball coach Reed Peters. 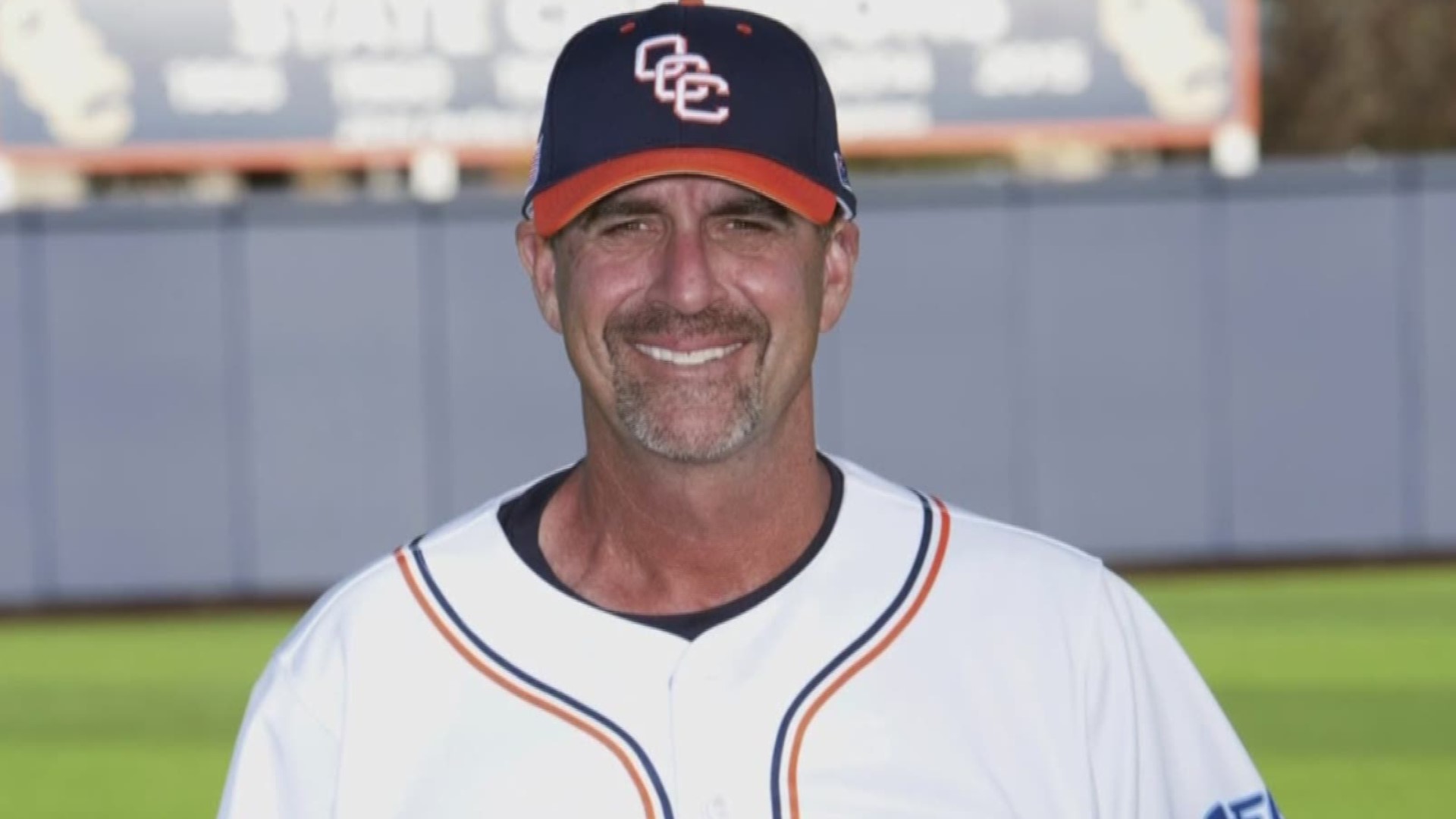 STOCKTON, Calif. — On the San Joaquin Delta College baseball field, Head Coach Reed Peters is conveyed his baseball wisdom with a massive, heavy heart one day after the loss of his friend and fellow California junior college coach, John Altobelli.

Altobelli, a junior college baseball coach in Costa Mesa, was one of nine people who died in the Los Angeles-area helicopter crash that killed NBA legend Kobe Bryant and his 13-year-old daughter, Gianna. Altobelli’s wife, Keri, and daughter, Alyssa also died in the tragic crash.

"[He was a] very charismatic guy. I mean, the kind of guy that walks into the room and everybody gravitates to," Peters recalled.

It was Peters’ second season as head coach at Delta College and only the second time the team made the playoffs in 20 years. Altobelli, meanwhile, was building a perinnial powerhouse in junior college baseball, have had coached at Orange Coast College for 18 years at that point.

RELATED: The 9 victims in the helicopter crash that killed Kobe Bryant

Peters got to know Altobelli very well through fierce competition and good-natured rivalry. Both OCC and Delta are elite schools in the California junior college baseball ranks.

Since their first meeting in 2009, Altobelli racked up four state championships — including his first in 2009 against Peters and Delta College.

Peters and Altobelli shared many similarities over the years, even tragic ones. Both coaches lost players while coaching. — Delta College’s Calvin Riley in August 2016 and Jourdan Watanabe in February 2009

Riley was shot and killed in San Francisco. It's a case still unsolved.

Peters remembers an emotional speech Altobelli gave about his Watanabe’s death at a baseball banquet for the CCCAA’s final four teams that year.

RELATED: Husband of coach killed in Kobe Bryant crash: 'I got 3 small kids and no mom'

"Rather than talk about his team, he came up and gave just an amazing speech about, you know, the loss of a player and how it affects a team and how you get through it,” Peters remembers. “And, I mean, ironically enough, now we're trying to get through his loss."

Altobelli was set to coach OCC this season, one year after leading the team to a school-record 39 wins and his fourth state championship. Only four other head coaches have won four or more state championships in CCCAA history.

Altobelli also notched his 700th win in 2019, becoming just the 16th coach in the state to do so.

"It's hard to put into words what this loss means to the college and the athletics department," OCC Athletics Director Jason Kehler said. "John was a tremendous coach and an even better friend. Beyond that, he was an amazing mentor to all of the students and athletes that he taught and coached. He treated them all like family and his impact will live on forever."

Altobelli is survived by his son J.J. Altobelli and daughter Lexi Altobelli.