On Thursday, a federal judge blocked a ban on all high-capacity magazines in the state of California. The stay has many gun owners hopeful - but the law is far from dead. 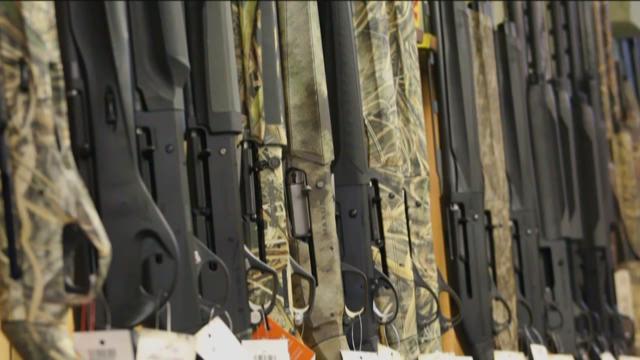 A federal judge is blocking a California law set to go into effect Saturday that would have barred gun owners from possessing high-capacity ammunition magazines.

The state of California defines "high-capacity" as a magazine that can hold more than 10 rounds.

San Diego-based U.S. District Judge Roger Benitez said in a ruling Thursday that the law banning possession of magazines containing more than 10 bullets would have made criminals of thousands of otherwise law-abiding citizens who now own the magazines.

California Attorney General Xavier Becerra, who is defending the state law, did not immediately comment.

The judge says the law approved by voters in November takes away gun owners' Second Amendment rights and amounts to the government taking people's private property without compensation.

Josh Deaser, who owns Just Guns in Arden-Arcade, is pleased with the judge's decision.

"It's a good day for gun owners because it's something that in this state, we're always kind of picked on," he told ABC10 Thursday.

His store sells the magazines compliant with state law - they hold no more than 10 rounds - but customers, friends and thousands of other gun owners throughout the state own higher-capacity magazines they bought before that law was enacted.

Those were the magazines this ban would have targeted, starting Saturday.

"People that bought guns in the 80's and 90's...some of those guns, they don't make magazines for anymore, so to have somebody try to find a 10-round on a gun that they don't even make anymore or that they never made anything under, you know, 13 or 14 or 15," he said, explaining the problem those high-capacity magazine owners faced.

Wesley Lagomarsino owns and operates a firearm training business and said while he's hopeful about the judge's decision to pause the ban, there are no guarantees.

"It's not a decision that's basically going to reshape anything. It's just a decision to take a step back and say, 'I'll take another look at this magazine law,'" Lagomarsino said.

Despite the judge's stay of the ban, Lagomarsino said he'll still be moving his magazines that hold more than 10 rounds, out of state.

"A question I think a lot of gun owners have is, 'How did they ever come up with 10 rounds being the magic number?'" he said. "And who's to say that 10 rounds is going to be enough for my fight if I ever get attacked?"

He said guns have saved his life and the lives of his loved ones on several occasions.

But just as Guns can save, they can also destroy.

Nicole Clavo knows this all too well.

"I don't know if there's a right number. It just takes one bullet to kill," she said.

Her son JJ Clavo was killed in November of 2015 in Del Paso Heights, when a teen with a gun shot into the car JJ and his friends were driving to get food after school, before a football playoff game.

"I think there need to be laws that curtail those guns falling in the wrong hands," she said.

When it comes to the high-capacity magazine ban, Clavo said she's not for or against it.

"I believe in the Second Amendment rights to bear arms. I believe those law-abiding citizens should be able to carry weapons if they legally obtain them," she said. "But then we also have some who obtain weapons legally that do bad things with those weapons as well."

Thursday's decision simply means the judge will hear arguments against the high-capacity magazine ban - not that the ban is tossed out.

So more on this matter is to come.