Harris previewed her plan in a Houston speech Saturday, saying that "you can judge a society by the way it treats its children, and one of the greatest expressions of love that a society can give to its children is educating those children with resources they need." 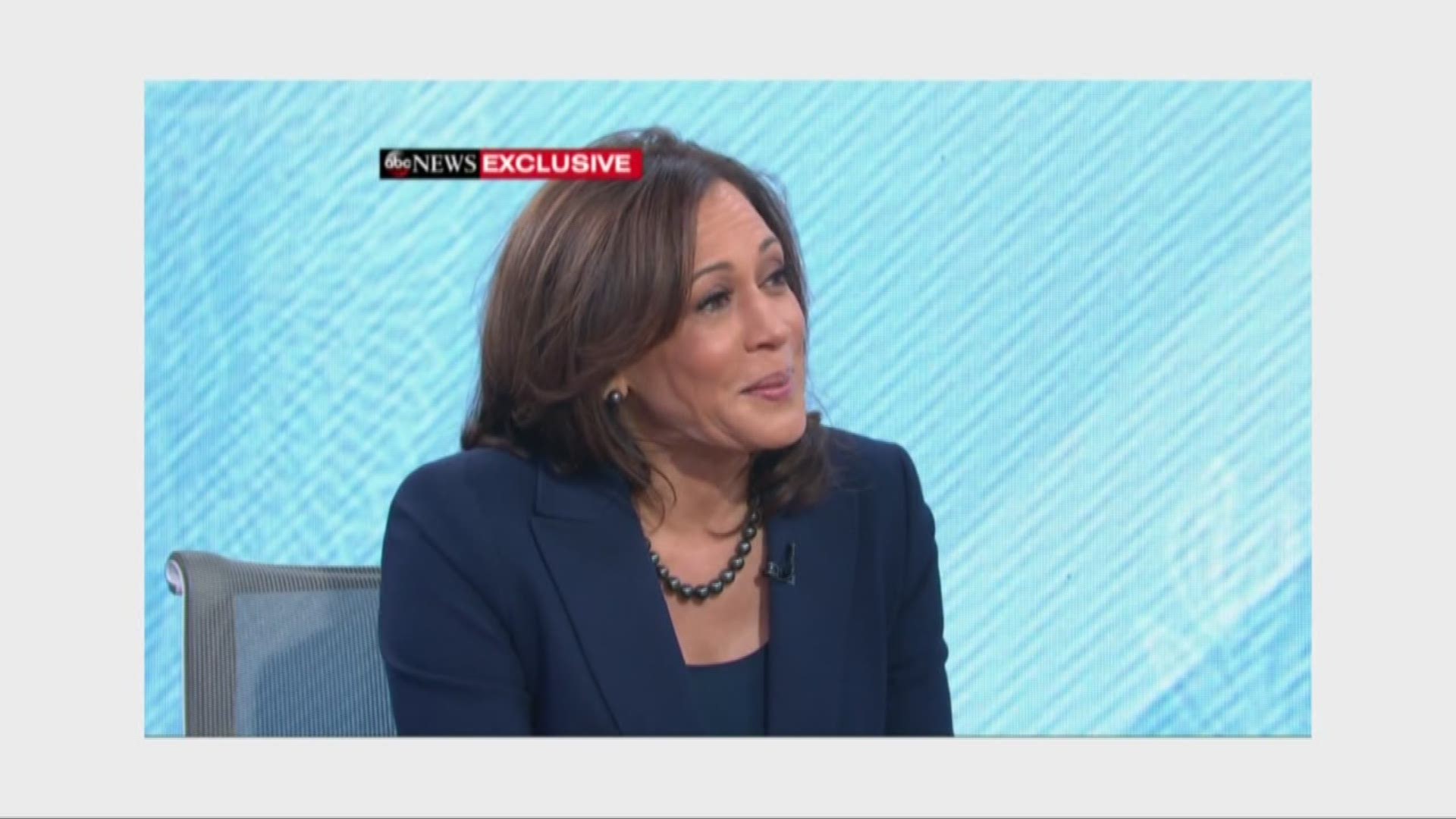 WASHINGTON, D.C., USA — In the first major policy proposal of her presidential campaign, Sen. Kamala Harris of California is focused on boosting the salaries of teachers.

Harris' campaign says her plan is an unprecedented investment in teacher pay and toward programs dedicated to teacher recruitment, training and professional development. In new details released Tuesday, the Democrat's campaign described the underpayment of teachers as a "national failure that's holding America back" and said that "we've failed to give teachers the respect and resources they deserve."

The issue is hardly new. For years, teachers have said they are underpaid and their schools are underfunded. Seeking higher pay and more education funding, teachers in more than a half-dozen states have walked out of their classrooms in protest. But in wading into the education spending debate in her first policy rollout, Harris is set to capitalize on a debate that has been boiling in districts across the country and that is critical to the nation's teachers unions, which have largely been key players in Democratic Party politics.

Harris previewed her plan in a Houston speech Saturday, saying that "you can judge a society by the way it treats its children, and one of the greatest expressions of love that a society can give to its children is educating those children with resources they need."

Traditionally, elementary and secondary schools receive most of their funding from state and local governments, with the federal government providing less than 10 percent of total spending. But Harris is calling for the federal government to immediately invest a base level of funding into each state with the goal of closing the teacher pay gap — the difference in compensation for teachers and similar professionals with college degrees. Then, Harris' campaign says, for every $1 a state contributes to increasing the pay of teachers, the federal government will invest an additional $3.

Harris' campaign says that under the plan the average teacher in America will receive a $13,500 raise.

The campaign estimates this will cost $315 billion over a decade, paid for by strengthening the estate tax and closing tax loopholes that benefit the rich.

While it is early in the Democratic primary and the American Federation of Teachers has not backed any Democrat running for president, the head of the AFT praised Harris' plan.

Randi Weingarten, the group's president, said in an interview that there's been a "woeful underinvestment in public schools throughout the country" and that Harris had proposed a "bold, smart, strategic and decisive proposal that will help solve the problem of how we recruit and retain great teachers."

Catherine Brown, a senior fellow at the liberal Center for American Progress, said that states have been systemically disinvesting in public education for a decade, particularly in more conservative parts of the country.

"I think it would be better if states would step up and pay teachers what they deserve. I think we can all agree it's a very hard job, a foundational job to our democracy, and they are underpaid," she said. "I think that states are not stepping up — in particular, conservative states. What we've seen are states led by GOP leaders have disinvested in education systematically in favor of giving tax cuts."

The issue of teacher pay and education spending has been cause for strikes in a number of states. In Harris' hometown of Oakland, striking teachers recently went back to their classrooms following a weeklong strike after union members voted to approve a contract agreement that provided pay raises.

In 2016-17, the average annual salary for a public school teacher was $58,950, down slightly from the previous year, according to the National Center for Education Statistics, though that figure differs state to state.

Overall, 78 percent of Americans said that's not enough, according to an April 2018 poll from The Associated Press-NORC Center for Public Affairs Research. Just 15 percent think teachers are paid the right amount, while 6 percent think they're paid too much.

Harris' campaign emphasized that this is a national issue, affecting both urban centers and rural schools, but explicitly singled out the area along Interstate 95 in South Carolina known as the "Corridor of Shame" because of its underperforming schools. The region gained that name from a 2005 documentary that depicted decrepit conditions and deteriorating buildings.

Education Secretary Betsy DeVos recently toured the region, and South Carolina lawmakers have said improving the state's education system is a priority this year. On her own South Carolina trip in February, Harris weighed in on the teacher pay issue.

"You know, right here in South Carolina, we need to pay our teachers what they are worth," Harris told attendees at a North Charleston town hall, adding later: "For most of us who ever have a microphone like this in our hands, we have never achieved this kind of success without the teachers and the public education system that made us who we are."

Harris' plan also includes investments in teacher recruitment, training, retention and professional development, her campaign says. It says there will be a multibillion-dollar investment in programs at historically black colleges and universities and other minority-serving institutions.