The scenario depicted a two-vehicle crash between an SUV and a sedan, filled with "injured" students. The actors playing the crash victims were also students at Lathrop High School. 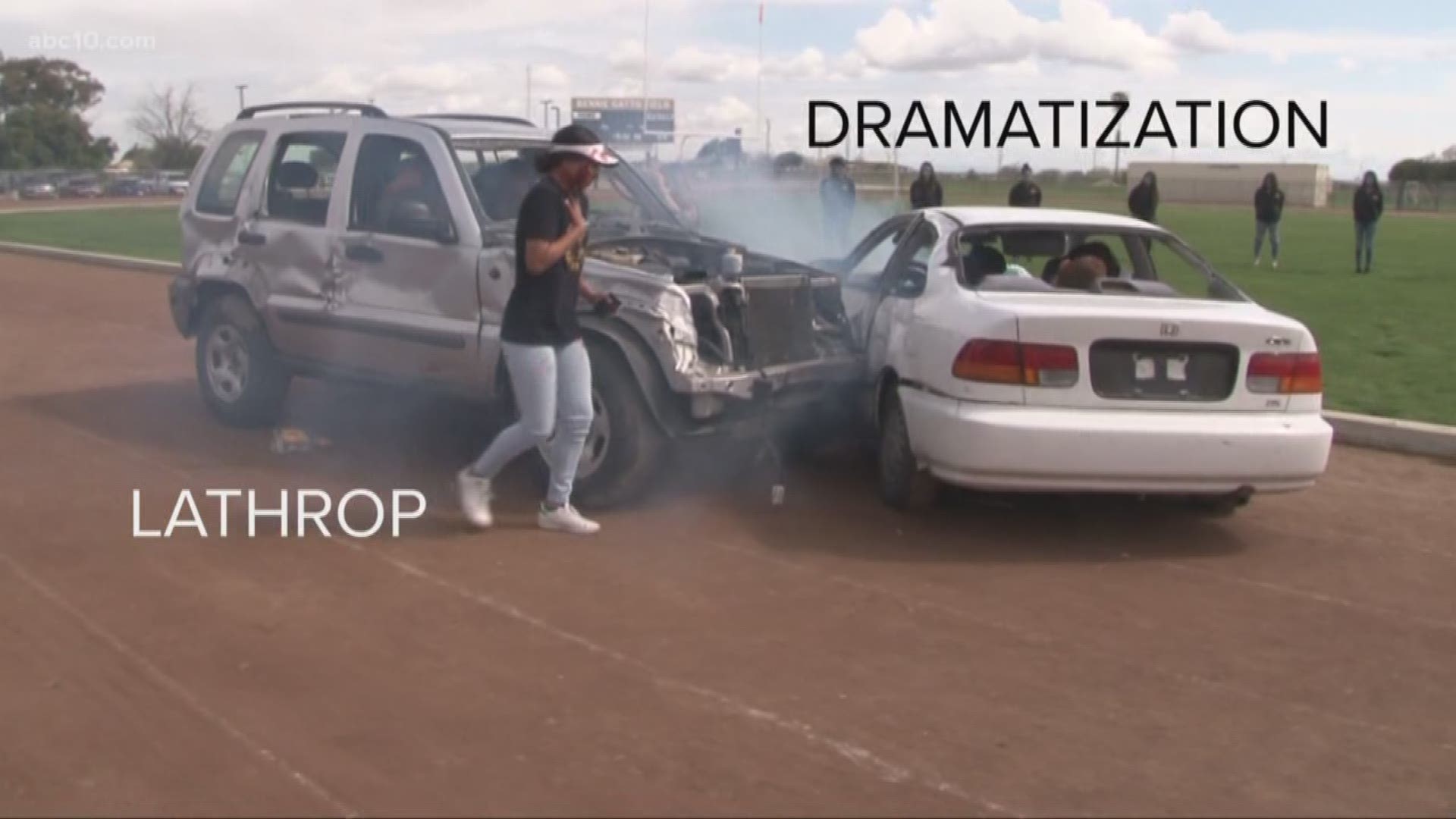 LATHROP, Calif. — Picture a car full of students out for a night of fun after partying. Now, picture that car striking another car, killing a student inside. Although the scenario isn't real, it played out realistically on the football field at Lathrop High School on Thursday.

The scenario depicted a two-vehicle crash between an SUV and a sedan, filled with "injured" students. The actors playing the crash victims were also students at Lathrop High School.

"It was kind of like you were there. You weren't like all in the audience," said Juliana Lopez, a high school junior.

Both juniors and seniors at the high school were invited to participate in the scenario, put on through "Every 15 Minutes," a two-day nationwide program that challenges students to think about the dangers of drinking and driving.

The program is a collaboration of area law enforcement, including the California Highway Patrol (CHP), the San Joaquin County Sheriff's Department, the Lathrop-Manteca Fire Department and more.

A medical helicopter even landed on the football field to take an injured actor student away.

"I feel that it's impactful. We still get information from kids that did this 10 years ago. And, they're like, 'Wow, that was the best program I was ever a part of,'" said CHP officer Charlie Katzakian.

The 20 students who directly took part in the program as actors are sequestered from the rest of the students for two days. They also take part in a retreat with the first responders, listening to judges, the district attorney and representatives from Mothers Against Drunk Driving (MADD).

They go without their cell phones and no contact from anyone else and their parents. Then they write letters to each of their students as if the student had died in the crash.

RELATED: New drunk driving bill would make California one of the strictest in the nation

"Tell their child, things that they had never been able to tell them as if their child had died today," added Katzakian.

High school senior Mickey Estavillo decided to be in the program, in part, because she had an uncle who was drinking and driving a suffered a severe injury.

"I hope the students out there saw that it meant something to all of us that we're participating in it," Estavillo said.

Estavillo played a student who was injured in the crash and called 911.