The State Auditor found there are not enough physicians signed up with the state to serve as experts. 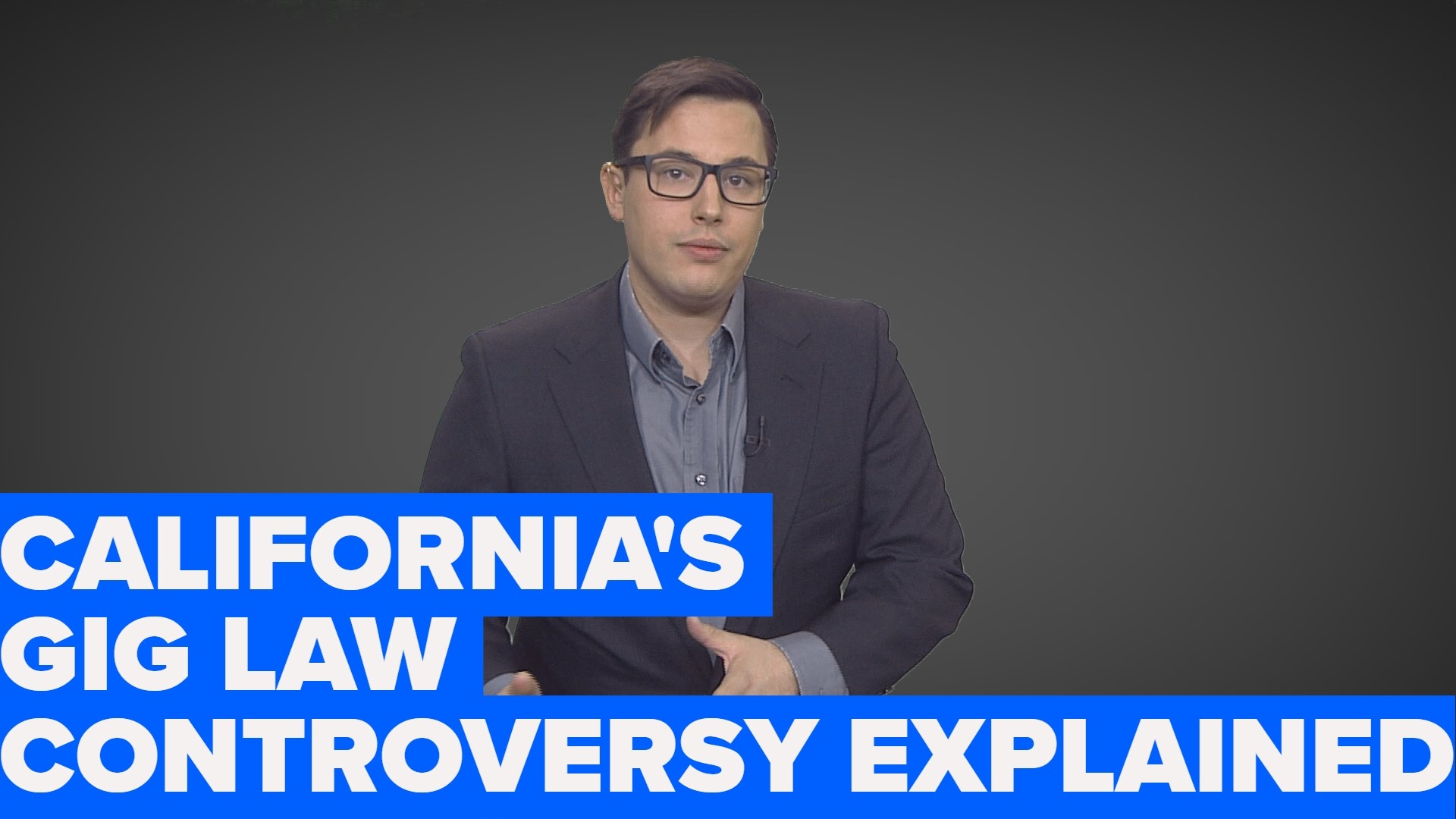 SACRAMENTO, Calif. — Injured workers in California often wait months or even years to receive the medical evaluations required to get needed treatment, and in some cases to determine how disabled they are as a result of the injury.

The reason? The state lacks enough physicians signed up with the state’s program to serve as experts.

That’s among the findings of a first-ever state audit of California’s Division of Workers’ Compensation, which noted that the state has not increased the pay schedule for expert doctors, known as Qualified Medical Evaluators, in 13 years.

“It’s affecting real workers, and if something is not being done correctly, they need to fix it,” said Democratic Assemblywoman Blanca Rubio of Baldwin Park. She requested the audit as a member of the Joint Committee on Legislative Audit, which will hold a hearing on the findings Tuesday. “But if it doesn’t get fixed, then we can step in and fix it. The department needs to take it seriously.”

One of those workers is Doreen Duarte-Ellis of Livermore, who said she injured herself moving a patient at the nursing home where she worked in 2014. An HR representative at the company that operates the home declined comment, saying she was unable to answer questions involving personnel.

Duarte-Ellis and her lawyer say it’s been tough for her to get treatment and resolution in her case — a situation they blame in part on months and months of delays while she waited to see a workers’ comp medical evaluator.

She describes herself as a formerly active woman who rode a Harley, swam and played with her grandchildren. Now, she says, she can’t ride, swim or lift the babies anymore because of pain and stiffness — and that she spends most of her day icing her body or trying to find a comfortable position to sit or lie down.

“I’m permanently disabled. Had they done stuff sooner possibly I may not have been disabled,” said Duarte-Ellis, 57. “My life came to a screeching halt and I’ve suffered endlessly.”

The State Auditor found that the Division of Workers’ Compensation:

The division is part of the Department of Industrial Relations, which is charged with enforcing labor laws and protecting workers and employers. It is funded by fees paid by employers statewide.

The division “acknowledged and accepted” the recommendations in the audit, but indicated it was already working on some solutions. Agency representatives refused to answer CalMatters’ questions about the audit, referring instead to its written response to the auditor.

It wrote that it has been working on updating the payment schedule for evaluators since 2017. In August, the agency released a proposal that garnered hundreds of mostly negative public comments. The agency has since revised the proposal, held stakeholder meetings, and in January will hold a public hearing on a final proposal.

Its response also cited a statewide doctor shortage, which makes it hard to recruit doctors to the system.

But the agency also said not all the certified doctors are busy under the current system, and that it intends to change how evaluators are assigned to panels from which workers and their attorneys choose experts. Doctor advocates say that some doctors, such as orthopedists, are more in demand than others, such as chiropractors.

The agency also wrote that it would review its disciplinary procedures and notify doctors earlier in the process if it suspected billing violations.

A 2018 review by the Rand Corp. recommended that the fees be restructured to ensure that medical experts are fully compensated for their time on complex cases and produce high quality evaluations.

Now the Legislature is getting involved too. A bill is expected to be heard in committee in January, would require the agency to boost pay for medical evaluators based on inflation since 2006, and provide regular raises as a way to keep and attract doctors to the system.

When injured workers endure lengthy waits, their health may suffer, their condition could worsen, they may lose their financial footing, and some have even lost their homes, according to lawyers representing injured workers.

They provide “your recourse to getting access to benefits once they are denied,” said Dr. Gabor Vari, CEO of California Medical Evaluators, a company that connects injured workers with evaluators. “You may be out of work. You may not be getting any benefits like disability payments. You may not have access to medical care because workers comp is supposed to treat your injury.”

Typically workers require an evaluation when an employer disputes whether an injury is actually work-related, or the worker feels they need more treatment or wants a second opinion regarding temporary or permanent disability.

When a worker, or the worker’s attorney, asks for a medical review, the state provides a list of three experts to choose from, but also requires that the appointment takes place within 60 days. If a doctor can’t do it in that timeframe, the worker will be given a fresh list and the process begins all over again.

Workers who have an attorney typically end up with just one expert to schedule, because both sides can strike one of the other’s choices.

Oakland attorney Dikla Dolev said she represented a worker who went through nine lists before getting an evaluation in the required time. That process took over a year, said Dolev.

“People who don’t have other access to health insurance are literally just sitting out there, and it becomes a situation where your whole life has been delayed,” she said. “They are trying to survive on state disability benefits. They are losing the time they are typically giving to 401(k)s and pensions. It puts their entire life on delay, and frankly there is a staggering effect on someone’s health.”

The evaluations also produce documents that are used in legal cases to determine treatment, settlement and future medical care, said Jacob Rosenberg, president of the California Society of Industrial Medicine and Surgery, which represents physicians who see injured workers.

Evaluators can earn around $240 an hour if a case is complex. A complex evaluation and completion of the required report can take hours. Clamping down on how long doctors can take or limiting their compensation may lead them to rush through the process.

“It doesn’t pay well enough to get new evaluators and keep old evaluators,” Rosenberg said. “The system is breaking down.”

READ ALSO: Whistleblower laws are strong for public and private employees in California

This isn’t the first time the agency has hit controversy. Its previous director resigned in 2018 after reports of nepotism. That year the agency settled a lawsuit brought by doctors whom it did not reappoint for two-year terms as medical evaluators based on alleged billing violations.

The lawsuit claimed the agency used “underground regulations” to assess bills submitted by evaluators to insurers, and cut them out of the system for alleged overbilling when their terms were up without letting them defend themselves, said attorney Nicolas Roxborough, who represented medical evaluators against the agency.

Neither the agency nor the doctors admitted wrongdoing in the settlement. The agency agreed to follow written regulations when reviewing reports and not impose other rules, Some of the doctors agreed to pay back reduced amounts to insurers for the billing issues.

Tigran Garabekyan, a plaintiff and an orthopedic surgeon in Los Angeles, was not reappointed as an evaluator because the agency said he was overbilling insurers on complex cases. He said that forced him to cancel more than a dozen evaluations, leaving injured workers in the lurch.

“That is how callous their action was, with seemingly no regard for the damage it had on the injured workers,” Garabekyan said. “I had the rug pulled out from under me. They didn’t provide any avenues to resolve this.”

Within months the state settled the case and reappointed him. He agreed to pay several thousand dollars back to various insurers and to take a billing course. He was not accused of fraud.

Employers and workers’ compensation insurers agree that the evaluator system is in need of repair and the fees need to be raised, said Jerry Azevedo, spokesman for the Workers’ Compensation Action Network, which represents a coalition of employers and insurers.

“There has been complaining and gnashing of teeth about the process for many years,” he said. “Employers are most concerned about the quality issue. This is employer money and workers lives — and if we are going to spend the time and energy and money on what is supposed to be an impartial process, we want to get that right.”