Living on the line: Tahoe tourists told to stay home in California, welcomed in Nevada

In California, Tahoe tourists are still not yet welcomed. But just down the road, in the Nevada side of Tahoe, things are very different. 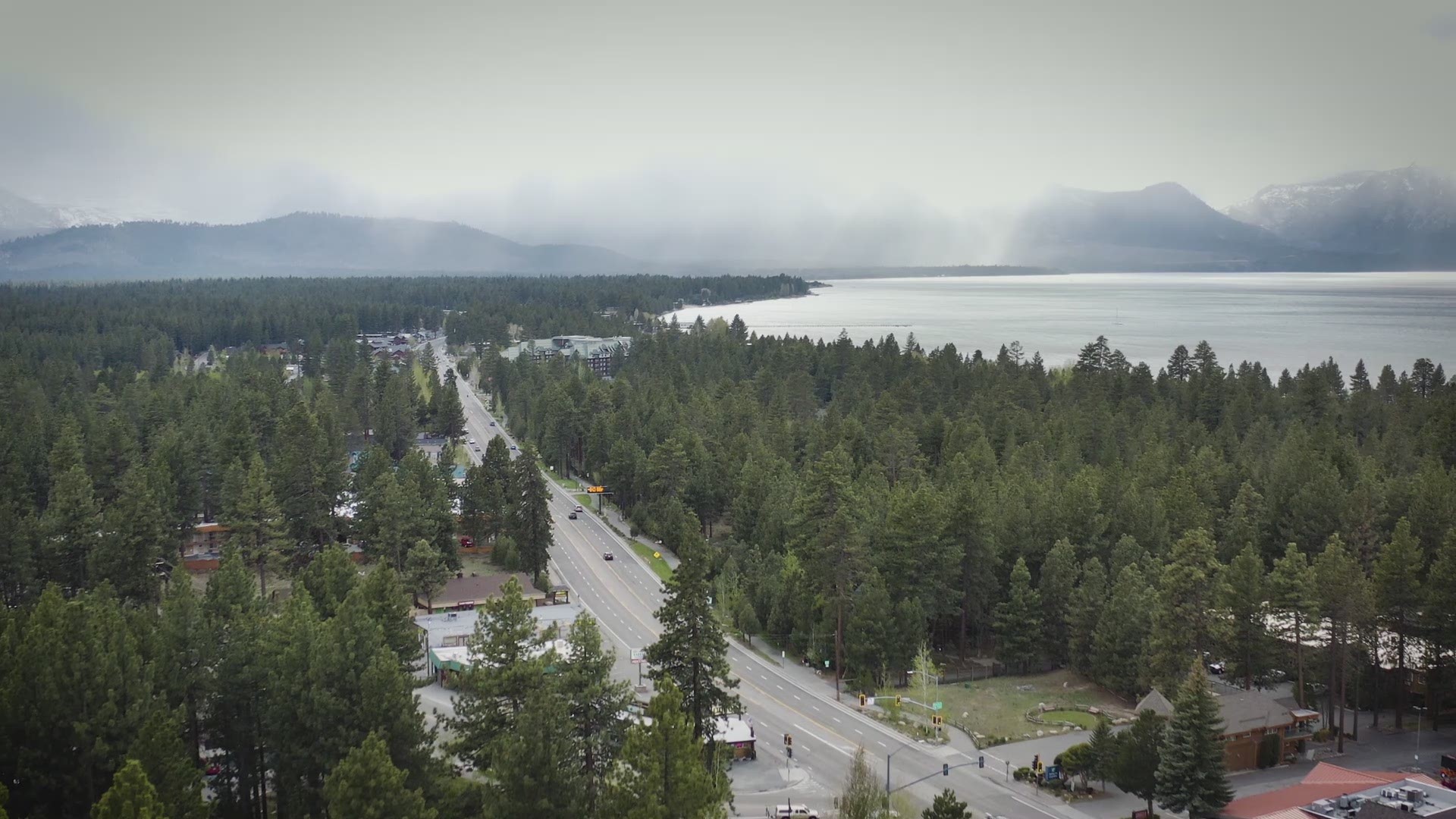 SOUTH LAKE TAHOE, Calif — It's the destination millions visit from around the world, but since the coronavirus pandemic began, it isn't the same Tahoe we know and love.

Silent streets, shut down casinos and an overall silence has lingered for the last two months.

"It's been quiet, honestly, it's a little nice but at the same time we miss all our visitors," said Lake Tahoe Visitor's Authority CEO and President Carol Chaplin. "It's what we do best is to take care of them and provide great service."

With that lack of visitors, Tahoe's economy has suffered severely.

"It has been devastating on our economy and our business community and even our city funds as well," said South Lake Tahoe Mayor Jason Collin.

It's a sacrifice they had to make to keep COVID-19 numbers low.

Collin said they've done a good job "minimizing it" as there has been around 20 cases in the Tahoe area and 54 in the county. But it has come at a cost.

According to the Tahoe Prosperity Center, more than 9,000 out of the overall 21,516 jobs in the Tahoe basin were lost in the first month of the pandemic.

As El Dorado County moves into Phase 2, you can feel a sigh of relief among locals returning to work as certain retailers reopen and restaurants welcome dine-in guests starting Friday.

RELATED: 'We want you here... but not right now' | Tahoe locals alarmed at continued visitors, vacation rentals amid COVID-19 pandemic

Tahoe local Aaron Jones works at Heidi's, a local and iconic restaurant. He's been out of a job for nearly two months but said the restaurant met on Thursday to discuss reopening procedures and plans to open Saturday.

"Hopefully [customers] can bear with us," said Jones. "We're trying to throw in this new business model at the last second before we open... but really we want to [get back to work] and the industry going."

But in actuality, restaurants and retailers services are being limited to locals.

South Lake Mayor Collin said his area is still abiding by California and county law, which means Governor Gavin Newsom's shelter-in-place order is still active and visitors are not welcome in the area yet.

The one big change with Phase II is that second home owners, meaning people that own a home in Tahoe but don't live there year-round, can return.

Collin said over half the homes in Tahoe are "second homes." Not allowing these homeowners up has been a point of contention.

"A lot of people thought it was an infringement on their constitutional rights and it wasn't something we wanted to tell people but we needed to ensure the healthcare system didn't get overrun," Collin said.

In fact, South Lake Tahoe Police said only two out of the three shelter-in-place citations issued during this time were to homeowners renting out properties.

These homeowners can now return, but tourists cannot. Yet, just down the road, things are very different.

While many think of the South Lake Tahoe area as one, it actually falls under two different counties — and states. Those two separate entities are handling reopening differently.

Nevada lodging facilities, like The Edgewood Resort, will re-open Friday after closing for nearly two months on March 18.

"We closed down within 24 hours," General Manager Corinna Osborne said. "I think employees were scared... they rely on these jobs so we made a very quick decision to at least provide some comfort to our team members and pay them throughout the entire pandemic."

Edgewood is welcoming guests into one of their three restaurants as well as overnight lodging. Following guidelines from Douglas County, Centers for Disease Control and Prevention as well as the State of Nevada allows them to be cautiously optimistic reopening.

Edgewood will abide by social distancing, increased sanitation measures and only allowing visitors with a restaurant or lodging reservation onto the property.

With the lack of tourism showing how hard the area relies on visitors, the Tahoe Prosperity Center is focusing on growing industries outside tourism.

"Our businesses need the support to get through this storm, but also to weather the next one," said Tahoe Prosperity Center CEO Heidi Hill Drum. "Two-thirds of our economy is dependent on visitors coming to the lake."

They've set up the Sierra Resilience Fund so that businesses under the health, environmental and recreation umbrella can grow.

Andie Judson
The city of Sacramento has received $89 million from the federal gov... ernment to help us through this difficult time. So, how are city leaders planning on using that big chunk of change?

"So we're not so dependent on tourism in the future," Hill Drum said.

But in the meantime, Tahoe will need tourists in order to return to normal both in nature and economy. The California side doesn't want to re-open too quickly out of concern of having to re-shut everything down, something that businesses may not be able to recover from.

Barton Hospital is prepared for a small resurgence in regards to the new procedures under Phase II.

"Barton has worked with CDPH and our county’s public health team to prepare for a potential influx in patients due to COVID-19 if needed. Barton Memorial Hospital is licensed for 63 acute beds including nine within our Intensive Care Unit. Our surge plan will increase bed capacity to approximately 150 acute beds including 25 intended for intensive care patients, and 9 ventilators + 6 emergency rescue ventilators," Barton Hospital said in a statement to ABC10.

But they're not prepared for thousands of tourists to descend upon the area like during the area's most popular times, like the Fourth of July. That's why all firework displays have been cancelled, with the south shore announcing cancellation Thursday.

For both the Nevada and California side of Tahoe, the coming weeks will be telling as they both approach with different regulations in place.

"We're just moving into Phase II and we expect to be here for probably three, maybe four weeks," said Collin.