Cell phone video obtained by ABC10 appears to show one officer exit his patrol vehicle and "without any warning, 'clotheslined' [the man] across his neck area." 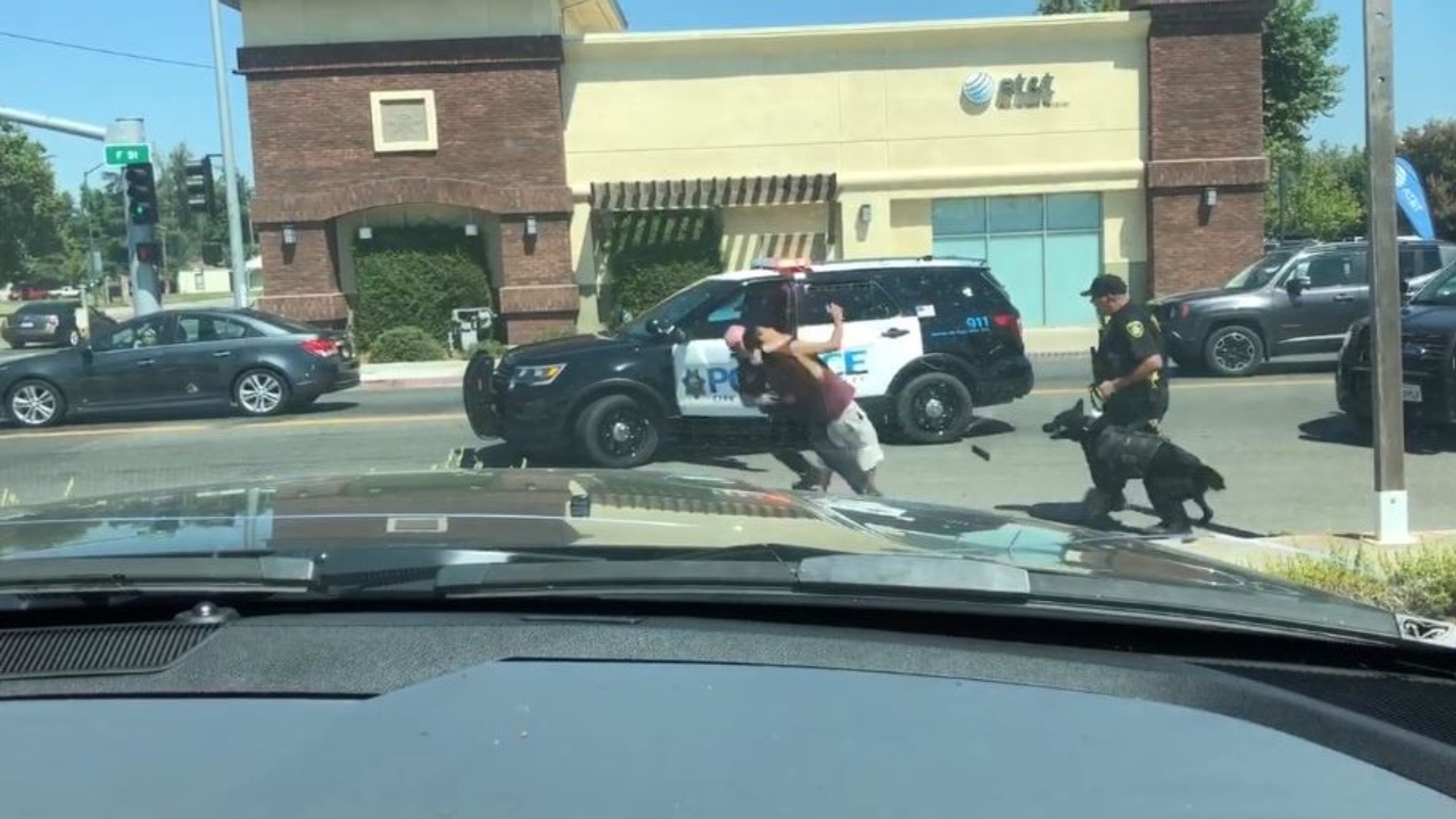 MARYSVILLE, Calif. — A homeless man in Marysville is suing the city and three police officers for racial discrimination and excessive force following an 2019 incident in which the cops slammed the man on ground, according to court documents obtained by ABC10.

The lawsuit, which was filed Wednesday in federal court by an attorney representing Duane Tracy, the Native American man accosted by police, claimed that one officer "clotheslined" Tracy and another let loose a police K-9 while he was already on the ground.

Marysville Police Chief Christian Sachs told ABC10 in a statement that the department is aware of the lawsuit and the cell phone video that captured the incident.

Sachs added, "no, the department will not comment on pending litigation."

According to the lawsuit, on July 28, 2019, Tracy was forced to leave a Starbucks after an employee called the police on him for disturbing the peace. Tracy, who was walking with a cell phone in his hand and headphones in his ears, began walking on F Street when he was approached by Marysville police officers Jason Garringer, Jeremy LeMire, and Herbert Culver.

The video shows Tracy holding his phone and headphones in his right hand when he is struck.

Cell phone video obtained by ABC10 appears to show one officer, which the lawsuit identifies as Garringer, exit his patrol vehicle and "without any warning, 'clotheslined' [Tracy] across his neck area."

In the video, someone is heard yelling "get on the ground," but it is unclear who is saying it.

"Defendant Garringer violently slammed his outstretched arm to the neck of the plaintiff," the lawsuit reads. "Plaintiff immediately and with great force fell backwards onto the pavement, striking his head on the pavement."

The video, which lasts about 44 seconds and is recorded from inside a bystander's vehicle, appears to show Garringer lying on top of Tracy when a police K-9 begins to bite Tracy on his side.

Credit: Courtesy
A homeless man in Marysville is suing the city and three police officers for racial discrimination and excessive force following an 2019 incident in which the cops slammed the man on ground.

An ambulance transported Tracy to hospital for lacerations, dog bites, and head injuries, which includes a possible concussion, according to the lawsuit.

Two days after the incident, Tracy was charged with felony resisting arrest while using violence or threats and disturbing the peace. In January 2020, the Yuba County prosecutor dropped the resisting arrest charge.

Tracy is also suing the City of Marysville for its policies and training practices for police officers that has "created and tolerated an atmosphere of lawlessness, and has developed and maintained long-standing, department-wide customs,... in a manner amounting to deliberate indifference to the constitutional rights of the plaintiff and the public."

WATCH MORE: Sacramento district attorney has never charged a police officer since she was elected