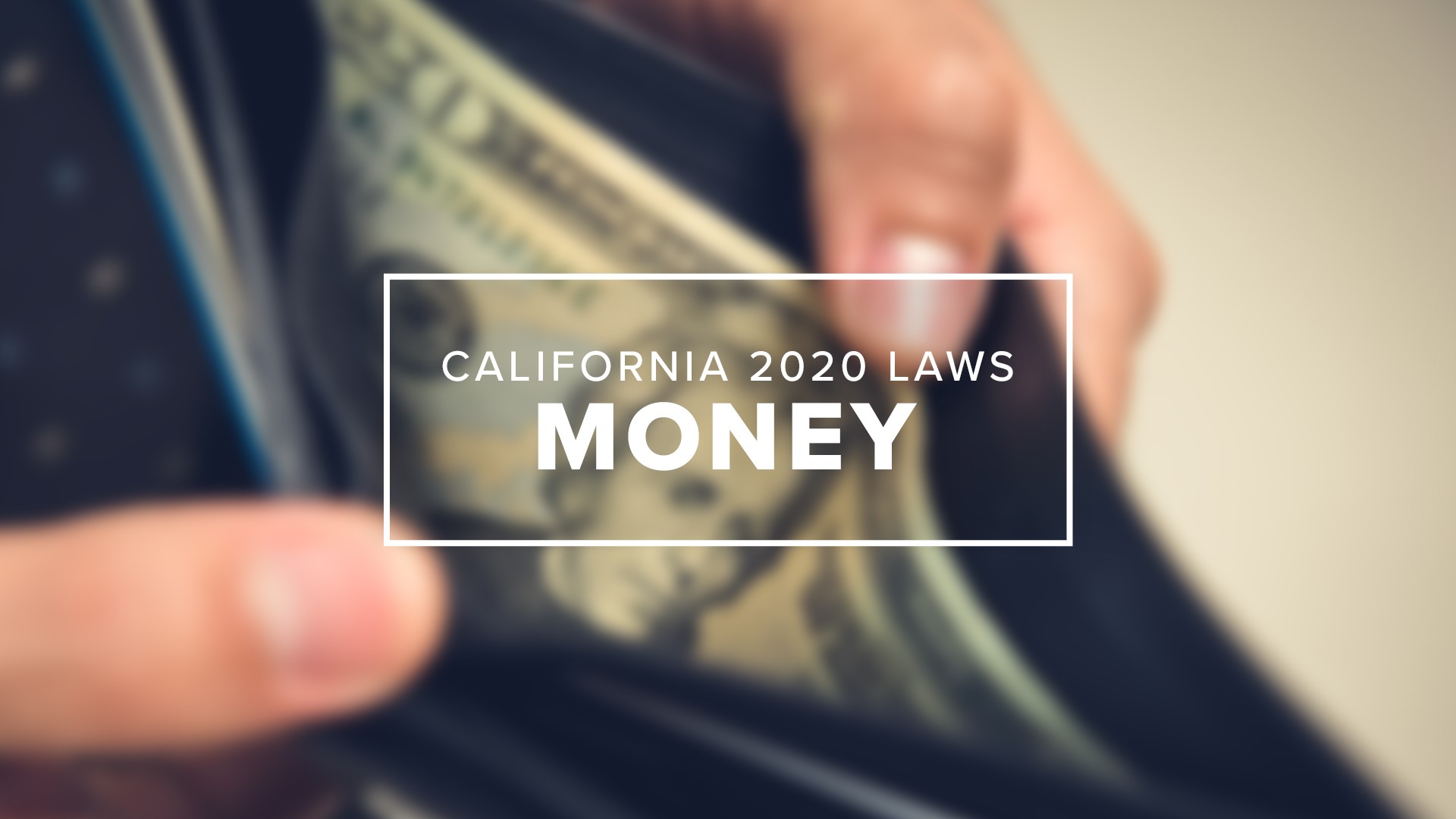 CALIFORNIA, USA — Low-wage workers will ring in the new decade with bigger paychecks as a round of minimum wage hikes takes effect on Jan. 1.

Currently, the state minimum wage is $11 an hour for businesses with 25 or fewer employees and $12 an hour for larger employers. Beginning Jan. 1, both those rates will increase by $1 per hour. The hikes are part of a statewide law that raises the rate every year until it hits $15 in 2023.

RELATED: Why California restaurants can't take the heat from another $1 minimum wage hike

In addition, about a dozen Bay Area cities are hiking wages beyond the new statewide minimum beginning Jan. 1. The cities’ wages – some as high as $15.40 per hour — are the latest in a slew of recent hikes as the Bay Area grapples with a housing crisis and soaring cost of living.

Cities that have already hit the $15 threshold also will see gains: In Cupertino, wages will increaseto $15.35. Workers in El Cerrito will earn $15.37 and San Jose’s minimum wage will rise to $15.25 per hour. And Los Altos, Palo Alto and Santa Clara, all will raise the minimum wage to $15.40 per hour. Alameda and San Leandro are set to reach $15 by July 2020.

In the city and county of Los Angeles, the minimum is $13.25 per hour for smaller employers and $14.25 for larger ones, with an increase scheduled for July, 2020. Most other cities follow the state wage minimums. The federal minimum wage is $7.25 an hour, remaining unchanged since 2009.

The lasting impact of the wage hikes for low-income workers has long been a source of debate.

Opponents argue that increasing the minimum wage could suppress job growth and business expansion by compelling employers to pay higher rates, potentially resulting in business closures and job losses. Proponents say it’s needed for people struggling to gain a foothold in the Bay Area, where sky-high housing costs have reconfigured the wages that workers need to take home in order to survive.

Ken Jacobs, chair of the UC Berkeley Labor Center, said the increases in Bay Area cities so far have resulted in higher earnings for workers without any measurable effect on jobs.

“Essentially the minimum wage increases are doing what they are supposed to do in terms of improving workers’ income with very small overall net effects on economic growth or employment,” Jacobs says.

Still, some experts caution against setting a standard rate across cities with vastly different economic landscapes.

Micah Weinberg, CEO of the nonprofit California Forward, notes that many of the cities where the minimum wage boosts have been implemented are in “hot economic markets” like the Bay Area that can withstand the increases by passing some of the costs to consumers. In less affluent areas, the economic impact could be very different.

“In these very strong, robust economic areas where we have seen these minimum wage increases I would say that on net they have been positive,” Weinberg says. “However, that doesn’t mean that we can have the same minimum wage in every part of California and not see different impacts. Because there are such radically different economies and costs of living across California. So we need to make sure that our economic policies are tailored to individual regions and their economies.”

Bringing down the cost of living and increasing the housing supply would have greater benefits for workers, Weinberg says.

According to United Ways of California’s Real Cost Measure, which uses multiple data sources including census data to calculate the cost of living, a household with two adults, a preschooler, and a school-aged child would need to make $105,983 annually to meet their basic needs in Alameda County; $103,986 in Contra Costa County; $111,050 in Santa Clara County; $129,264 in San Mateo County; and $130,702 in San Francisco County.

“Living in the Bay Area continues to get more and more expensive,” says Kate O’Hara, executive director of the East Bay Alliance for a Sustainable Economy. “So we are seeing that even with the increased wages, it’s still really hard for workers to keep up with the costs of housing and other costs.”

In Oakland, where the minimum wage will rise to $14.14 Jan. 1, McDonald’s worker and single mother Maria Arroyo saidthat between paying rent, gas, electric, and phone bills, and supporting her 11-year-old son, her paychecks often dry up before the month is over.

“Fifteen dollars is necessary to survive here,” Arroyo says in Spanish, adding that her colleagues also support a higher minimum wage to sustain the city’s cost of living.

In Menlo Park, where a recent ordinance will bring the minimum wage from $12 an hour for large employers and $11 an hour for small employers to a flat rate of $15, some small business owners have expressed concern about the rapid rise in costs.

Anna Chow, the owner of Cheeky Monkey Toys in Menlo Park, said the state’s model of staggered increases would be more sustainable.

“It didn’t give us a lot of time to budget and all that,” she says. “We know we are going to go to $15, but we wanted to be able to do that over the course of a year or two. The idea that all of a sudden this is what we have to do is an extra burden.”

“Overall, I thought this was an effort to have a minimum wage that better reflects that this area is an incredibly costly area,” he said.

Erica Hellerstein is a reporter with the Mercury News. This article is part of The California Divide, a collaboration among newsrooms examining income inequity and economic survival in California.