Using ground crews and even helicopters, PG&E said they made sure to inspect all electrical lines before turning the power back on following a shutoff. 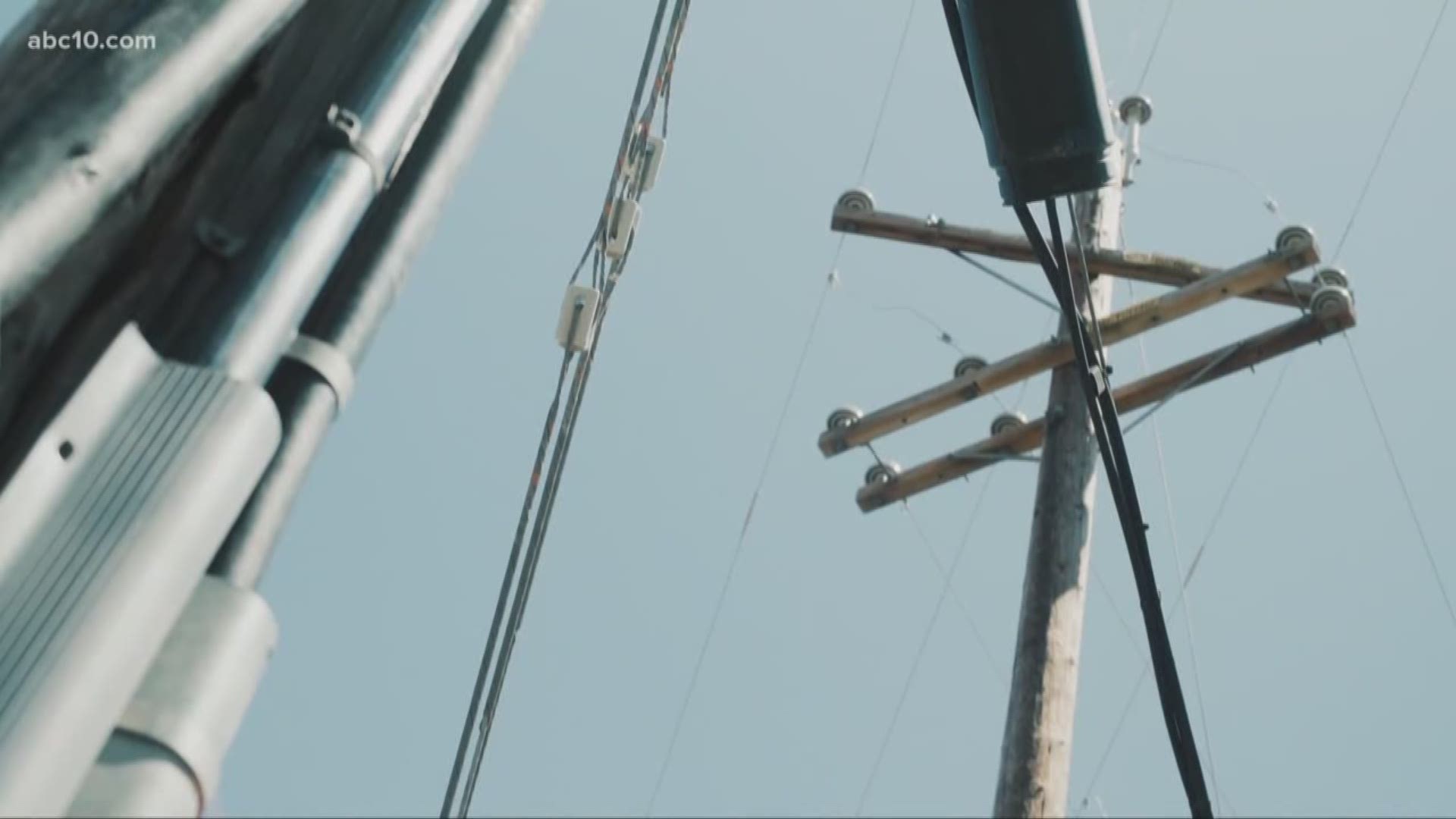 BROWNS VALLEY, Calif. — Peak fire season has yet to begin in California but PG&E is already testing its public safety power shutoff plan.

Crews were out in Browns Valley, in Yuba County on Thursday, scanning distribution and transmission electric lines with helicopters and ground crews.

"No power's actually being shut off," explained PG&E spokesperson Brandi Merlo. "No customers are actually being impacted but what we do have is our crews in the area, patrolling the lines, by helicopter, by vehicle and on foot to ensure that we're able to gain access and quickly assess the situation if we do call a public safety power shutoff."

READ ALSO: Report: PG&E failed to deal with some trees near power lines

PG&E wants a clear idea of what the power lines look like right now before the need to actually shut down power in a dangerous situation. The company monitors for conditions like wind, humidity levels in the air and humidity levels of the vegetation.

Tierney Foster is an apprentice lineman with PG&E who was out inspecting electric lines.

"So essentially with this drill today we're getting eyes on every inch of our primary conductor, the equipment supporting it," explained Foster. "The poles we're checking out for broken strands, broken lines, broken insulators, objects, which would be like a foreign ground like trees, tree limbs, a balloon, a variety of things laying on the line. Checking for conductors that are in close proximity to other conductors."

Following a public safety power shutoff, PG&E will re-energize the line. They're trying to avoid a fire or another problem from something an object interfering with the line. So they'll be flying helicopters over all electrical lines, when possible. If there are trees in the way, a truck might be used or even crews on foot if even this is not possible.

"We've found trees into wires. We've found down wire. We've found a lot of those type of issues," said Merlo. "We found some broken cross-arms. So when we shut the power off for safety, most importantly we have to go back and patrol it before we turn it back on so we don't start another issue when we're re-energizing the power."

She says its all part of adapting.

"It's really a result of the changing weather conditions and the extreme fire conditions we've seen the past few years," admitted Merlo. "So it involves a lot of different things including our public safety power shutoff, including enhanced vegetation management, system hardening where we're looking at coated wire and undergrounding wire where it makes sense and increased monitoring."

Merlo wants everyone to be ready in case PG&E shuts the power off.

Linda Triglia lives nearby and the wildfire threat is always on her mind.

"Everyday in the summertime," admitted Triglia. "I don't live in Browns Valley, I deliver the mail here. But I live in Penn Valley, Wildwood ridge and we have the same, because two years ago, we woke up to a wall of flames."

She says she's ready for whatever happens.

I've got my carriers ready for my two cats, the food and a little bag for myself, ready to go," said Triglia.