"It is history. But it's history that should be put in a museum," said El Dorado Black Lives Matter organizer Michelle Greene 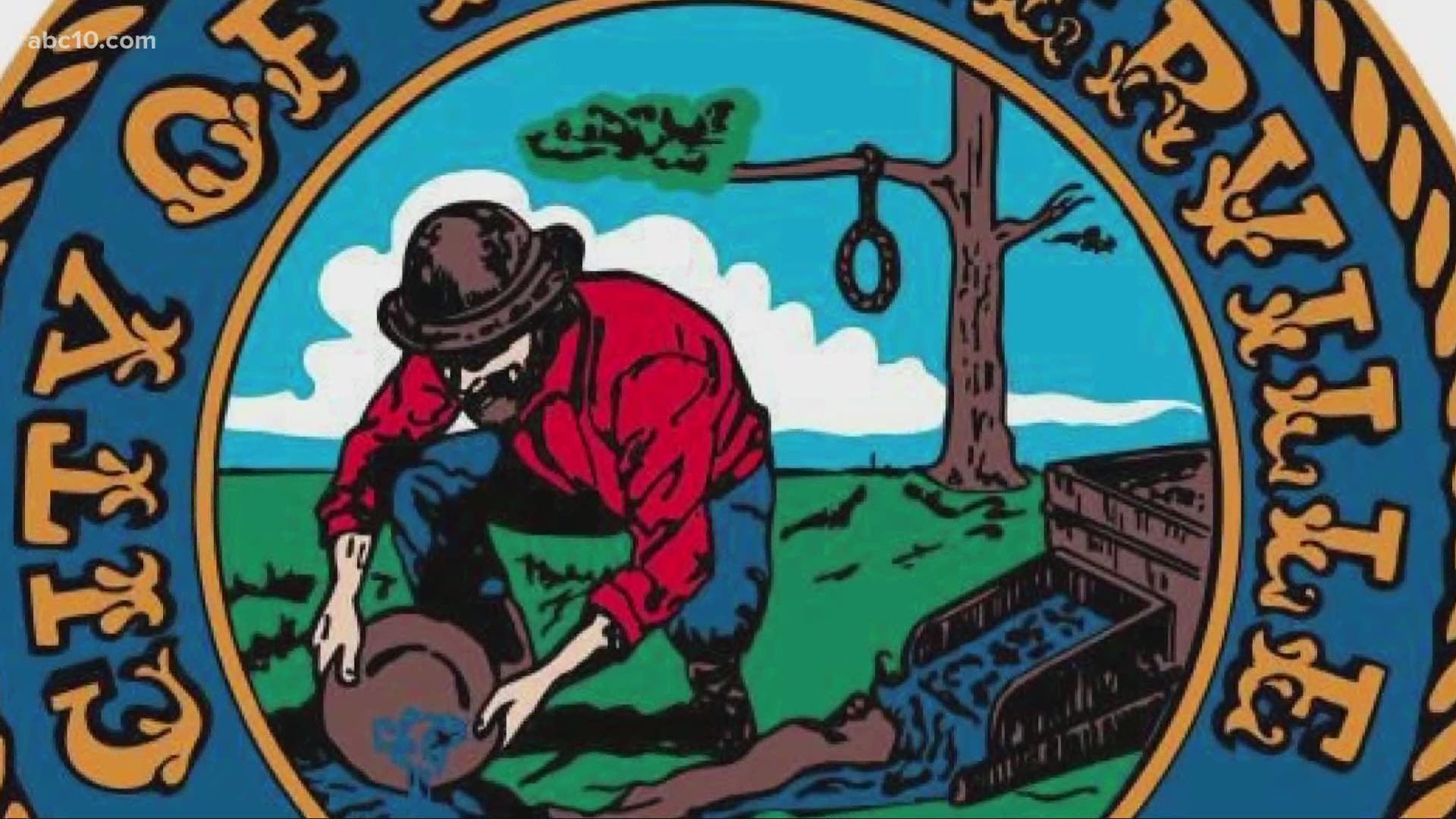 PLACERVILLE, Calif. — Residents of Placerville reacted Wednesday to a unanimous city council vote to remove the noose depicted in its "Hangtown" city logo.

Now a draw for tourists, Placerville's Hangtown remains a symbol of the California Gold Rush and, some say, the criminal justice system of the Old West.

"We got the guy hanging over there and I guarantee you, there's 200,000 pictures of him on the internet," said Todd Pickett, who has owned a shop on the historic strip for seven years called The Man Cave.

Pickett was referring to a man hanged in effigy, dressed in Old West clothing and apparently white, at the "Hangman's Tree," historical landmark no. 141 in historic downtown Placerville.

"This isn't a lynching. It doesn't say "Old Lynchtown," it says "Old Hangtown." Pickett said he said he understands why the city council made the decision about the city logo.

Camino resident Valerie Fields said she opposes the city council's decision to remove the noose from the logo.

But for Black Lives Matter and for Greene, the city council vote was the culmination of more than 10 months of effort.

Even for those like Pickett, who say they enjoy what they consider symbols of the Old West, the vote is cause for reflection on Placerville's past as it contemplates Hangtown's future as a tourist destination.

"What we need to do is figure out what we want to be as a town," Pickett said.