The state's electrical grid operator issued the alert for the hours of 3 - 9 p.m. 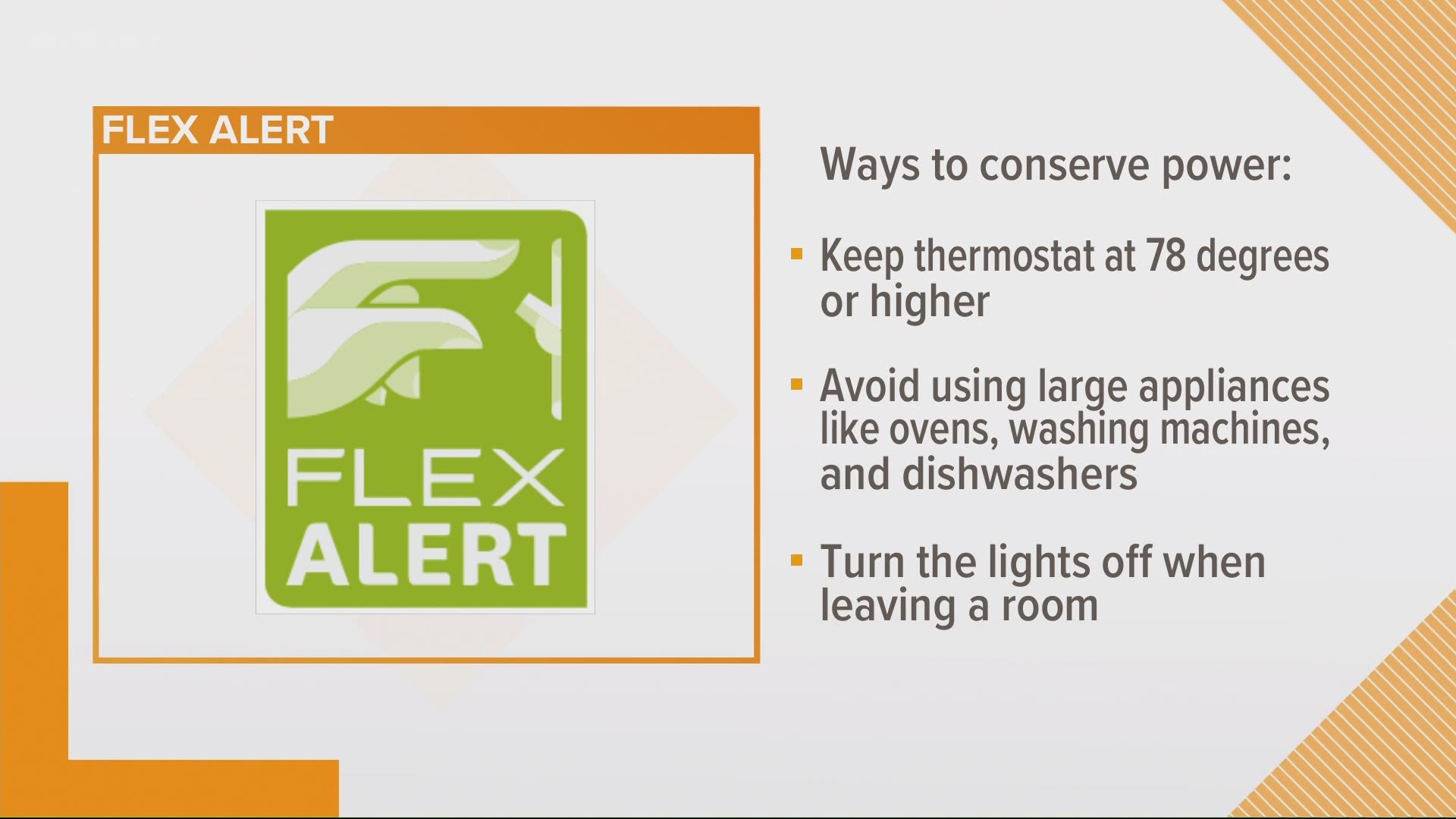 California Independent System Operator (CAISO) said that there were able to avoid rolling power outages on Sunday. The power grid hit its peak load for the year so far yesterday, according to CAISO. They say consumer conservation was the key to success for preventing blackouts.

While tonight, some PG&E customers expect power outages due to wildfire weather, CAISO officials say there should not be any issues with the power grid and they do not expect complications with the electric system.

Californians are being urged to conserve electricity statewide at least one more day as a Flex Alert is still in effect through Monday evening.

Earlier on Sunday, the California Independent System Operator was telling people to prepare for imminent rotating power outages due to electricity use and strain on the system.

Through the evening, they said they were able to avoid making any outage orders due to the conservation efforts from Californians.

No power outages on the high-voltage #electricity system tonight. If you are experiencing an outage, check with your utility for distribution level power interruptions. Thank you, California, for protecting the grid again.

The California Independent System Operator (CAISO) declared a Stage 2 Emergency as electricity use in the state strains the electrical grid.

CAISO is now telling people to prepare for 'imminent' power outages. If conditions don't improve, a Stage 3 Emergency could be declared with rotating power outages to follow.

The Stage 2 Emergency was declared after a transmission line carrying power from Oregon to California and another in-state power plant unexpectedly went offline.

"Based on the current forecast and without significant conservation efforts, rotating power outages are likely throughout the state today between now and 9 p.m.," CAISO said in a news release.

People are being advised to conserve energy by setting their thermostats to 78 degrees or higher, turn off unnecessary lights, and defer use of major appliances.

If you're a PG&E customer, you can find your rotating outage status HERE.

#ISO declares Stage 2 emergency; consumers should prepare for outages. Conservation will be critical to avoiding or limiting power interruptions. https://t.co/0zoCN0X4dV

5 hacks to get you through a power outage