Elections officials in all 58 California counties have estimated their county's estimated costs in the recall election against Governor Gavin Newsom. 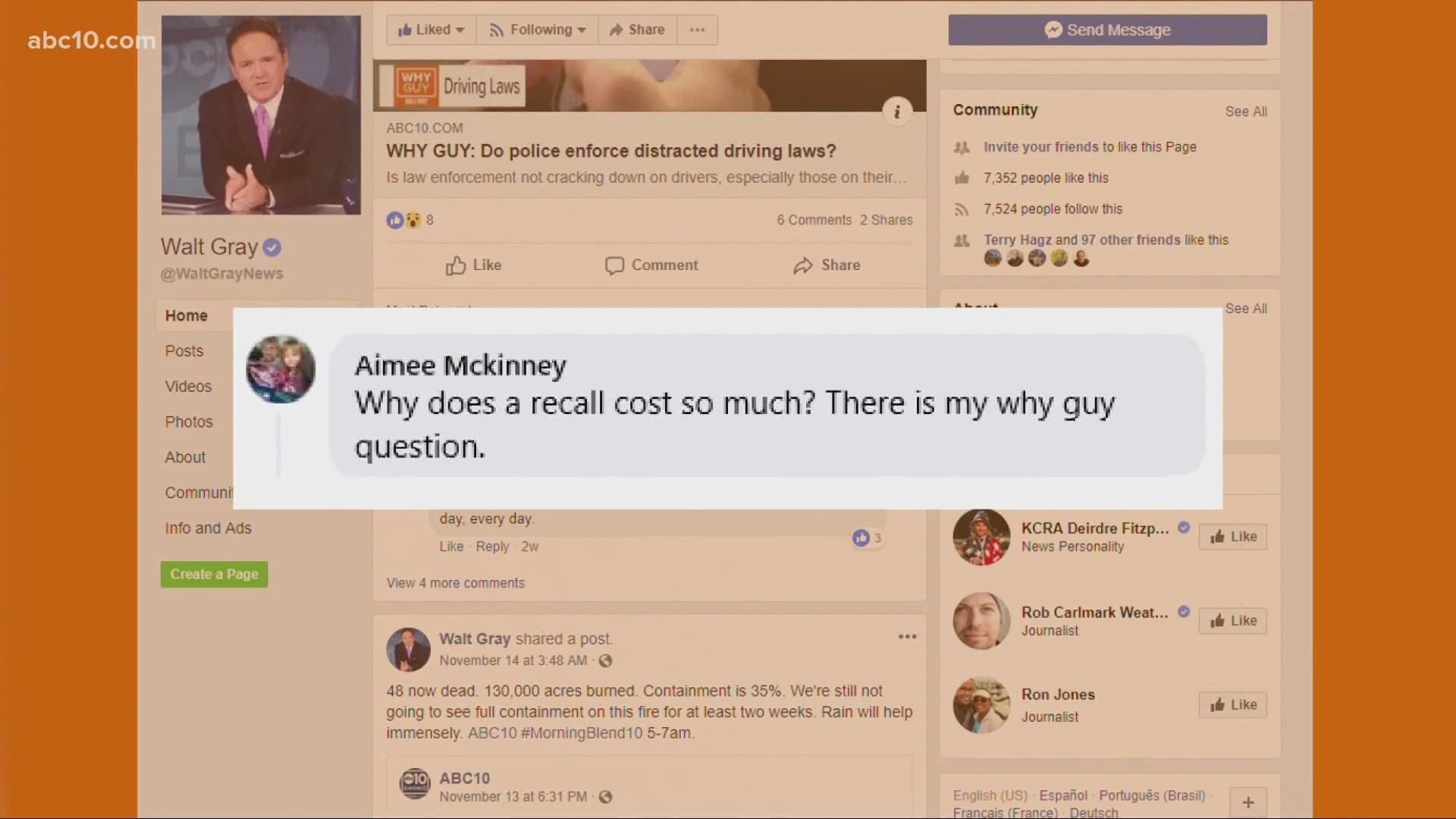 CALIFORNIA, USA — New estimates based on a county-by-county review put the cost of the California gubernatorial recall election over $200 million.

According to a press release from the Department of Finance, all 58 counties responded to a request to provide their preliminary estimates for costs associated with a recall election, which totaled roughly $215 million.

The estimates were provided after a coalition of county organizations urged a review in early May. State Senator Nancy Skinner also requested a review during a June 2 Senate Budget and Fiscal Review Committee hearing.

This estimate does not reflect the Secretary of State’s costs associated with a statewide recall election, and other estimates have put that cost higher or lower than what the counties have preliminarily reported. The California Association of Clerks and Election Officials previously estimated the recall election could cost $400 million to taxpayers.

Here is how the costs break down by county in Northern California:

"Sacramento County anticipates a recall election can cost as much as $4-5 million just for our county," Hayes said.

The county with the highest estimated costs was Los Angeles County at $49,154,000. This perhaps comes as no surprise since the county has the largest population of any California county. San Bernardino County came in at a close second with an estimated $32,068,216.

WATCH MORE: Most Californians won't need a mask after June 15. Who will?