Since May, three Black men in California were found hanging in public. The deaths were ruled as suicides, but some wonder if they were lynchings. 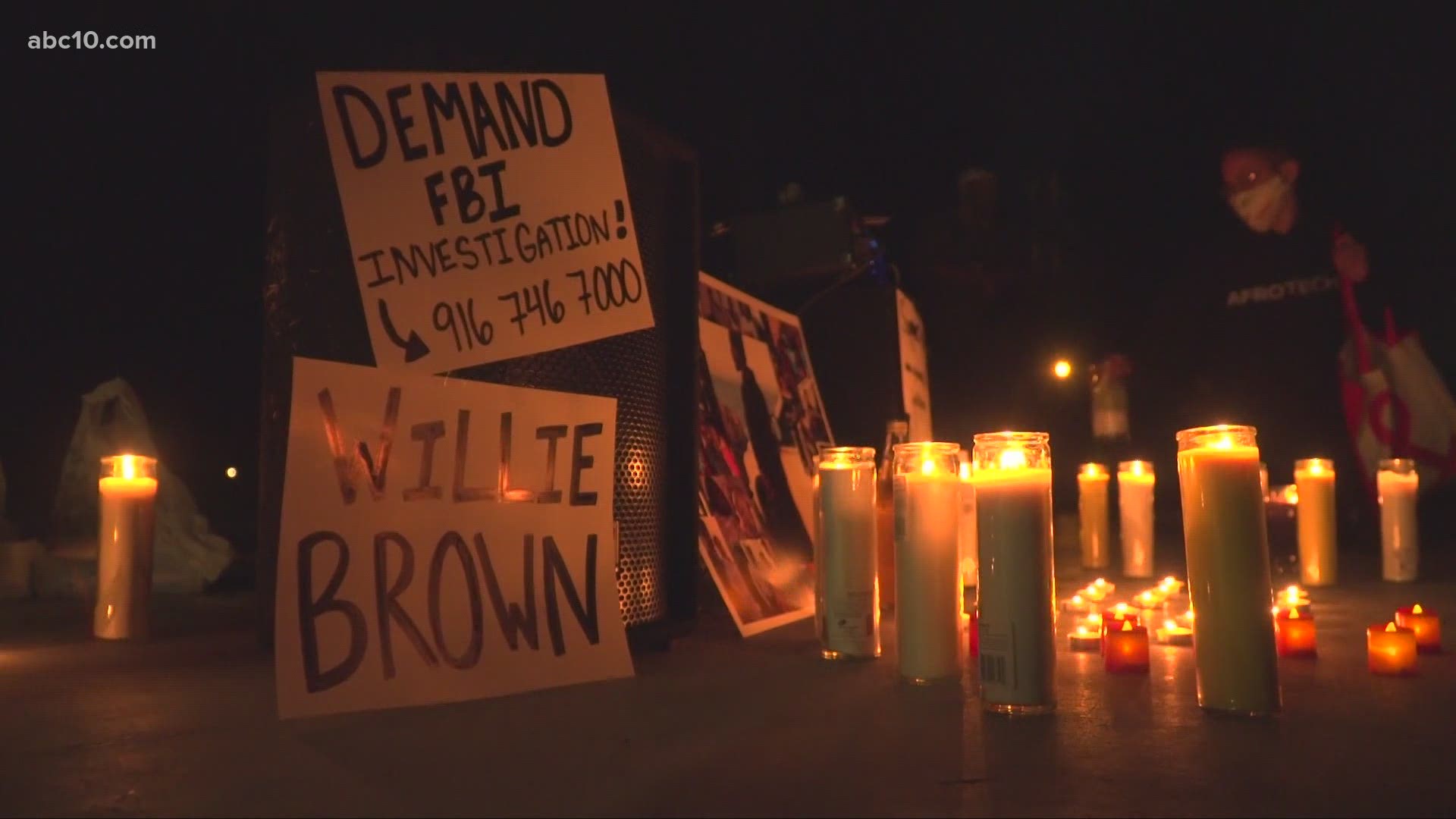 SACRAMENTO, Calif — Yet another Black man was found hanging in a public place in California, making him the third alleged suicide since May.

Willie Brown Jr. was found on Oct. 19 at Countryside Community Park, according to a GoFundMe page organized by Jaysean Brown.

“When he was found, the first responders were able to restart his heart, but he remained unconscious and relied on ventilators to stay alive,” the page reads.

On Oct. 26, Brown's family announced he had died that afternoon.

The Sacramento County Sheriff’s Department initially called the incident an attempted suicide and said they do not suspect foul play. But family members are skeptical.

“We have seen a pattern of Black men being hung over the last few months all the while witnessing the violence white supremacist terror groups have been planning and executing in the same timeframe,” Jaysean said on the GoFundMe page.

There are deep historical reasons for African Americans' skepticism when it comes to their loved ones who die in public hangings, according to Dr. Andrea Moore, assistant professor in the Ethnic Studies Department at Sacramento State University.

"We have a history in this country of being lynched due to white supremacist ideology and practices," Moore said.  "We also are very skeptical because of the lack of transparency these families are given when working with our local police departments and sheriff's departments."

Sacramento County Coroner Kimberly Gin, not commenting specifically on Brown's case, said deaths are ruled as a suicide if the evidence points to the person taking their own life.

"It’s a mixture of witness statements, scene investigation, validity of suicide note or other types of writings depicting depression, past suicide attempts, autopsy results and review of the decedent’s medical records," Gin said. "If possible we view available video and look at other law enforcement investigation results."

"There is already a no trust relationship between our state police, local officials and the Black community. We're at a place right now where we're trying to come together and heal, we need absolute transparency," Moore said.

Brown is one of a few hanging deaths in California since May that authorities have ruled as a suicide. Malcom Harsch, 38, was found hanging from a tree in Victorville on May 31. Robert Fulton, 24, was found hanging in a park near City Hall in Palmdale on June 10.

The FBI, U.S. attorney’s office in the Central District of California, and the U.S. Department of Justice’s Civil Rights Division stepped in to monitor the investigations of the Los Angeles County and San Bernardino County sheriff’s departments.

Fuller's and Harsch's families, like Brown's, were also skeptical of the sheriff department's determination. After the investigation was completed, Fuller's death was confirmed as a suicide. Harsch's family later released a statement confirming Malcolm's death as a suicide after authorities showed them video evidence of his death.

"The Brown family is seeking for the truth regarding why and how this happened to Willie," Jaysean said.

Brown was described as a beloved father, son, brother, and friend.

Willie Brown Jr. was found hanging from a basketball rim at Countryside Community Park on Oct. 19.