Shooter at San Jose VTA had history of insubordination, conflict, according to documents

As ABC7 reports, the first batch of documents released show four incidents involving Sam Cassidy that were "elevated to management." 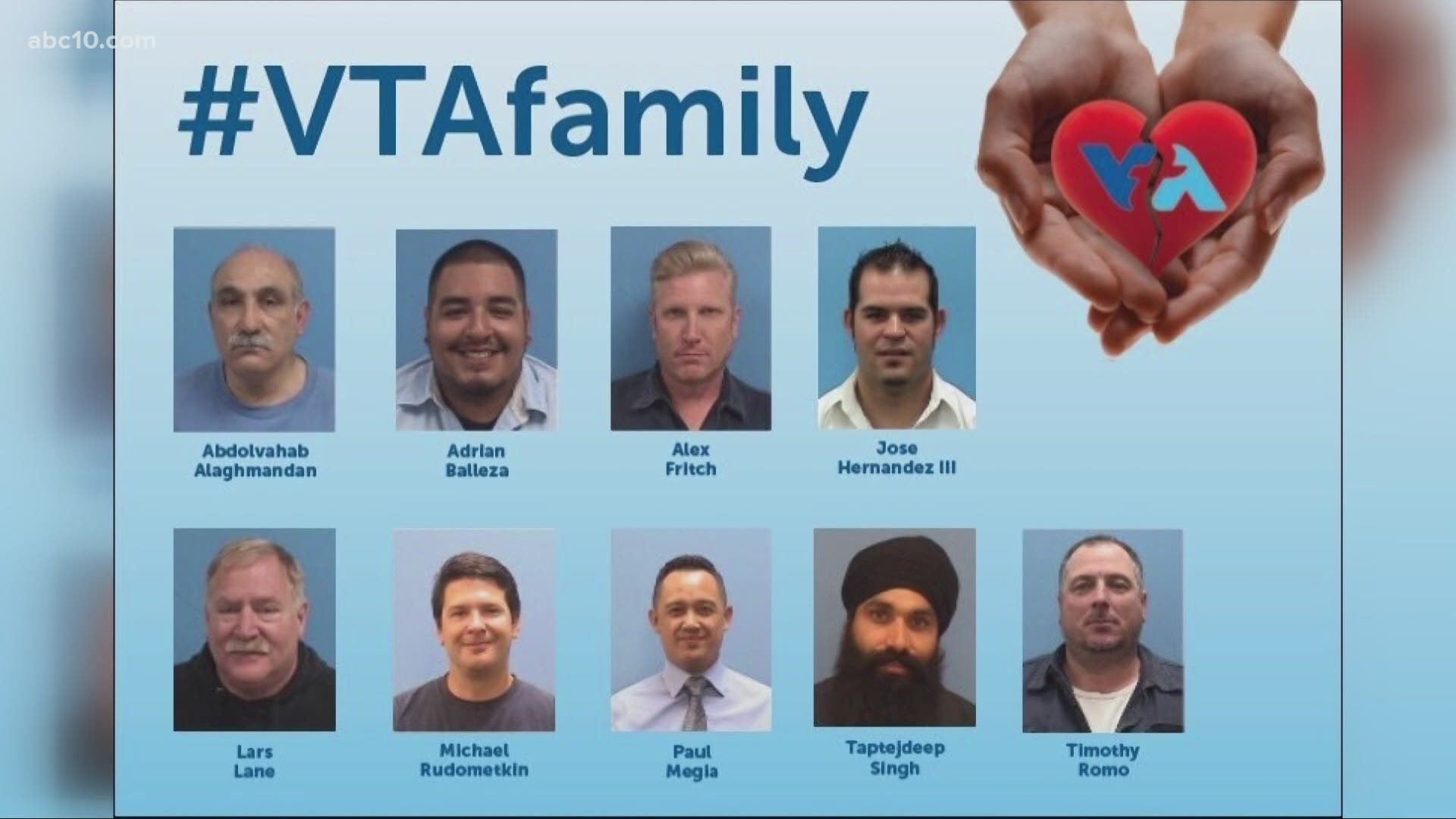 SAN JOSE, Calif. — The Valley Transportation Authority (VTA) released over 200 pages of documents on Thursday that showed a history of insubordination and conflict for the man who opened fire on his colleagues, killing nine of them.

As ABC7 reports, the first batch of documents released show four incidents involving Sam Cassidy that were "elevated to management," some of which resulted in disciplinary action.

According to the documents, the first of these incidents happened on July 16, 2019. The VTA points out Cassidy was sent home without pay for two days for insubordination. The documents note he refused to "follow company policy in signing out a two-way radio that was necessary to perform his job."

Another incident happened in January of 2020, when Cassidy had a "verbal altercation" with a coworker that was reported to a supervisor.

One of Cassidy's coworkers reportedly said after the conflict, "He scares me. If someone was to go postal, it'd be him." The VTA is also looking more into this incident after the comment from the unnamed coworker.

1 / 6
AP
Diana Carreras places flowers at a vigil at City Hall in San Jose, Calif., Thursday, May 27, 2021, in honor of the multiple people killed when a gunman opened fire at a rail yard the day before. (AP Photo/Nic Coury)

Cassidy refused to take a mandatory CPR certification in October 2020, according to the VTA, citing COVID-19 as a concern. The VTA said in a statement that "a number of reasonable accommodations were provided to the employee with no ultimate resolution."

One of the last incidents happened in November 2020, when Cassidy reportedly misused radio equipment and left for the day, abruptly.

"After having trouble clocking in for a work shift, Cassidy inappropriately used a VTA two-way radio for personal communication, rather than for operational matters, which is against VTA policy. He left work without permission instead of resolving the problem," the transit agency documents read.

ABC7 reported the VTA documents showed complaints of racist or threatening remarks by Cassidy in the initial search, but said there are still "thousands of pages" that need to be reviewed.

It started to be clearer in the days after the VTA railyard massacre that Cassidy had a long history of dissatisfaction with his employer.

"We can say that the suspect has been a highly disgruntled VTA employee for many years, which may have contributed to why he targeted VTA employees," the sheriff's department said in a statement.

Cassidy was once stopped by Customs and Border Protection [CBP] while returning from the Philippines in 2016, sources told ABC News. He was apparently stopped and searched because he had books about terrorism and manifestos, according to three sources familiar with the investigation. The CBP also found a notebook that detailed his hatred of the VTA.