The video shows an officer shooting 22-year-old Sean Monterrosa as the car stops. The officer is heard saying, "what did he point at us." 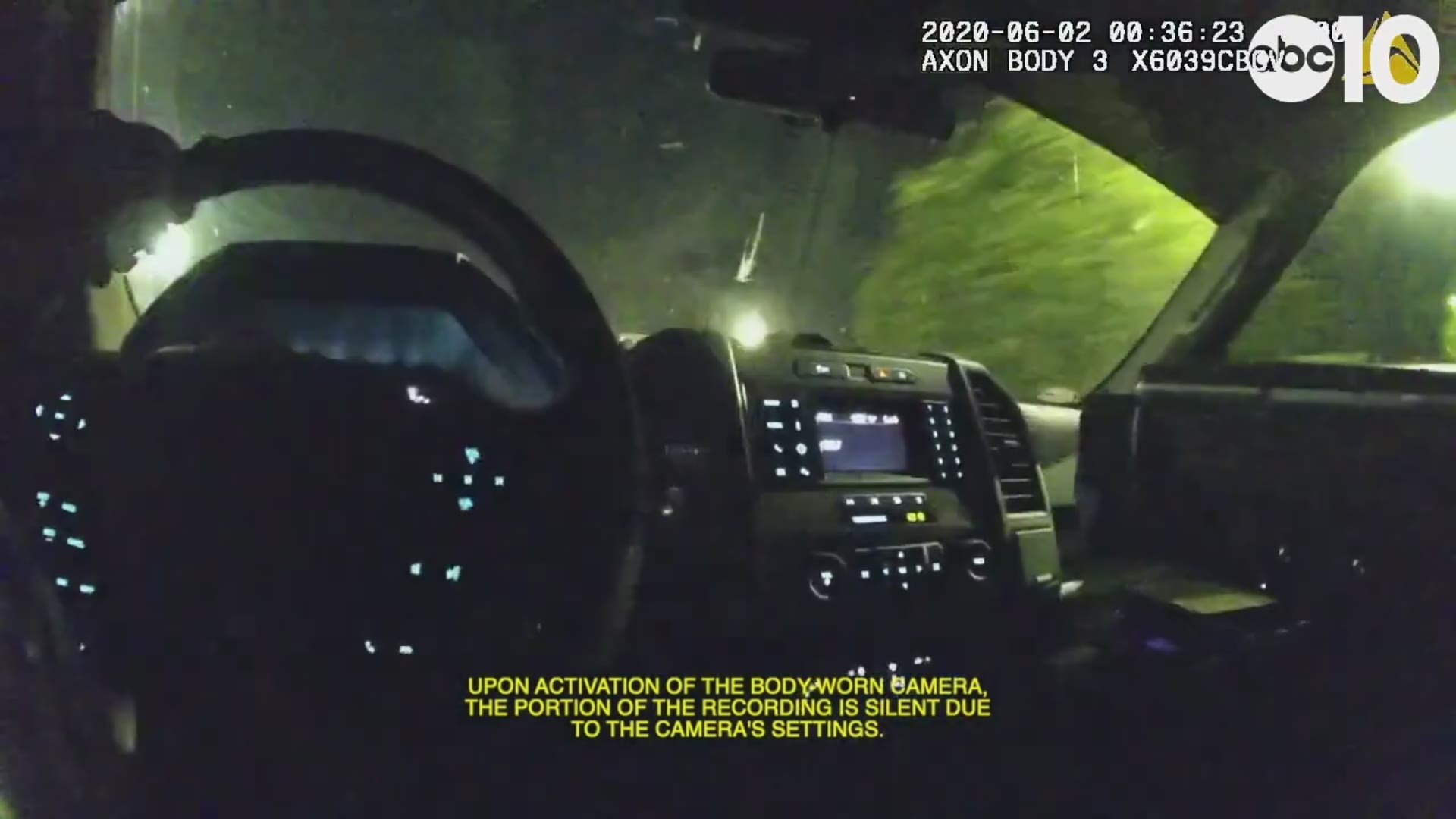 VALLEJO, Calif. — Vallejo police released bodycam footage on Wednesday of a June 2 incident in which police shot and killed a San Francisco man who was holding a hammer that officers apparently mistook for a gun.

Sean Monterrosa, 22, was killed by police as massive protests were happening around the country following the Minneapolis police killing of George Floyd. The Vallejo Police Department came under fire after its police chief Shawny Williams took nearly two days to release information on Monterrosa's death.

Here's how it all went down, based on a culmination on police department information and the available footage.

Vallejo police said officers responded to a report of looting at a Walgreens near Redwood and Broadway after a day of peaceful protests for police reform. A first unit arrived at the scene and chased two vehicles fleeing from the store. Police said there were many as 12 "potential looters" inside the pharmacy.

Credit: Wendy Tavares via GoFundMe
Sean Monterrosa, 22, was shot and killed by a Vallejo Police officer after the officer mistook a hammer in his waistband for a gun.

The second unit of officers arrived and spotted Monterrosa, who was wearing a black hoodie, near the drive-thru area of the store, police said.

The body camera footage shows an officer firing a rifle from the backseat of a vehicle through the windshield as the truck rolls to a stop. Seconds later, as the officer gets out of the truck, he can be heard saying, "What did he point at us?"

Moments later, the same officer says, "Aye, he pointed a gun at us."

While Monterrosa is on the ground, officers could be heard screaming at him to put his hands up.

The firing officer, who was audibly upset in the video, said he believed Monterrosa was armed with a weapon. Another officer tries to console the officer who fired the weapon, telling him "It'll be all right. I've been through this before."

Vallejo police said looters destroyed the security cameras that would have captured the drive-thru area where the shooting occured. Police shared footage that shows three people wearing masks and hoodies outside of Walgreens, but it's not clear in the video what damaged the camera.

Officers are seen in the video attempting to resuscitate Monterrosa, who was later pronounced dead at 1:31 a.m. at a local hospital

"Anytime a life is lost, it's tragic," said Vallejo Police Chief Shawny Williams in a video statement. "Our thoughts are with Monterrosa's family at this time."

ABC7 Bay Are reported that it took more than 38 hours for the department to announce that one of its officers shot and killed Monterrosa.

Williams told ABC7 Bay Area that the department did not immediately release that information because it wasn't confirmed until later. However, ABC7 reported Monterrosa was pronounced dead about 2.5 hours before the department's initial 4:08 a.m. press release.

Hundreds of protesters gathered on June 14 to speak out against the police shooting of Monterrosa.

Solano County District Attorney Krishna Abrams reached out to California Attorney General Xavier Becerra to conduct a review of the case after she recused herself from the investigation.

"Her letter to DOJ requesting that DOJ assume the Vallejo investigations and prosecutions points to a lack of community trust in the process that she oversees," the DOJ's statement said. "This is, of course, an issue of critical importance, and one that the Department of Justice hopes to help Vallejo address by engaging in our recently-announced comprehensive review and reform of the Vallejo Police Department."

READ THE LATEST ON ABC10.COM:

WATCH MORE: Workers at Thunder Valley say casino should not be open with current coronavirus protocols