Earlier bills were designed to force cities across the state to grow up, this new one would allow cities to choose to if they want to. 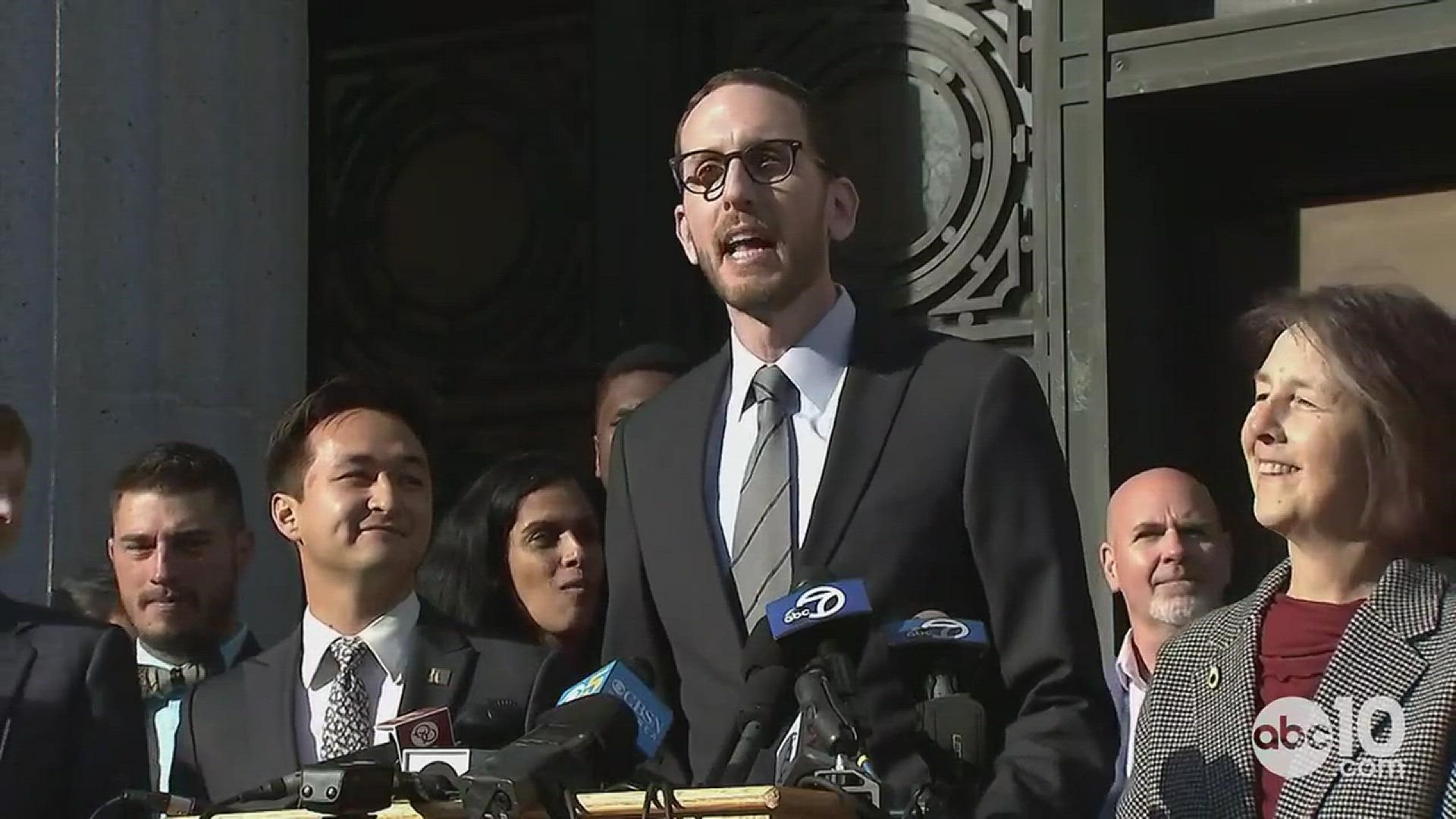 For three straight years, a shifting coalition of local governments, affluent suburban homeowners and anti-gentrification groups have sunk the San Francisco Democrat’s plans. Their argument: local control over what types of housing gets built where preserves the look and feel of neighborhoods cherished by generations of Californians.

Now, just two months after his controversial Senate Bill 50 was unexpectedly voted down by both Democrats and Republicans, Wiener is back yet again…with a decidedly “gentler” touch.

If the early iterations of SB 50 were a shot of urban growth hormone designed to force cities across the state to grow up (literally — although developers and pro-housing advocates would likely say figuratively too), SB 902 is more like a density vitamin cities could choose to take only if they felt like it.

RELATED: California’s most controversial homebuilding bill just died. What will Newsom do now?

“We think this legislation will over time allow for a significant increase in the amount of housing, and will do it in a way that is a light touch,” said Wiener, unveiling details of his bill to reporters. “And also in a way where cities have significant latitude in how they do it.”

Here’s what you need to know about the latest attempt to goad California into building more housing:

Wiener’s new bill retains one highly controversial proposal: the elimination of single-family only zoning across nearly every neighborhood in California.

Developers would not be required to build denser structures next to single family homes in these cities — they would simply be allowed to. Homeowners could choose to demolish their property and rebuild it more densely, as long as a renter hasn’t lived there for the past seven years.

Technically, California ended single-family-only zoning with the passage of a 2019 law that allows homeowners statewide to build granny flats in their backyards. But Wiener’s latest proposal would allow for more visible neighborhood change, and is thus sure to engender more pushback.

“Maybe not for every city. But at least it should be maintained as an option for any city.”

Beverly Hills is likely breathing a sigh of relief.

Wiener had previously tried to force “high-opportunity” communities like the affluent West L.A. enclave, places with good schools and close to major job centers, to allow mid-rise apartment buildings next to single-family homes. Cities would also have to allow new apartments within a half-mile of major public transit stops.

His new proposal leaves the decision on whether to allow denser housing around transit and good jobs to the Beverly Hills City Council — the same council that passed a unanimous resolution opposing his previous effort.

READ MORE: Proposition 13: School bonds usually are a cinch in California — what happened this time?

If a local government passes a resolution to rezone a neighborhood for more density (up to 10 homes per piece of land), Wiener’s new proposal would allow that city to bypass environmental reviews. Pro-development forces complain that those reviews are costly, time-consuming and subject to endless litigation.

The bill may be attractive to larger cities already interested in revamping their zoning laws in search of denser housing, such as Oakland and Los Angeles. But will smaller, traditionally anti-growth locales like Beverly Hills or Marin County jump at the opportunity to make it easier to build more apartments?

Wiener argues they may not have much of a choice. New state mandates have dramatically increased how much housing Southern California cities must plan for. Beverly Hills saw its eight-year housing planning quota jump from single digits to 3,000.

“It’s a tool, and I think not all cities will want to use it, but some will,” said Wiener. “I think quite a few will.”

Gentrification and the path to passage?

Wiener hopes that by allowing cities to opt in to his new bill’s more aggressive upzoning measures, he’ll also soften opposition from some anti-gentrification groups that feared the development of new, shiny apartment buildings would lead to rising rents in lower-income communities of color.

But noticeably absent from the bill is any mention of subsidized housing for lower-income Californians, an issue Wiener never fully resolved with equity advocates in his earlier legislative attempts.

While smaller-scale multi-plexes are often exempted from laws requiring set-asides for low-income housing, the lack of an “inclusionary” provision will likely resurface as a point of contention.

After the failure of SB 50 in January, Gov. Gavin Newsom vowed he would lead the charge for a signature housing production bill to meet his goal of 3.5 million new homes by 2025.

In comments to reporters prior to the bill’s official language being released, Wiener stressed that SB 902 was only one of a handful of housing production bills Democratic state leadership will be considering in the coming weeks. So maybe instead of one replacement, several.