The 'pink tax' refers to the price difference between nearly identical products marketed towards different genders. 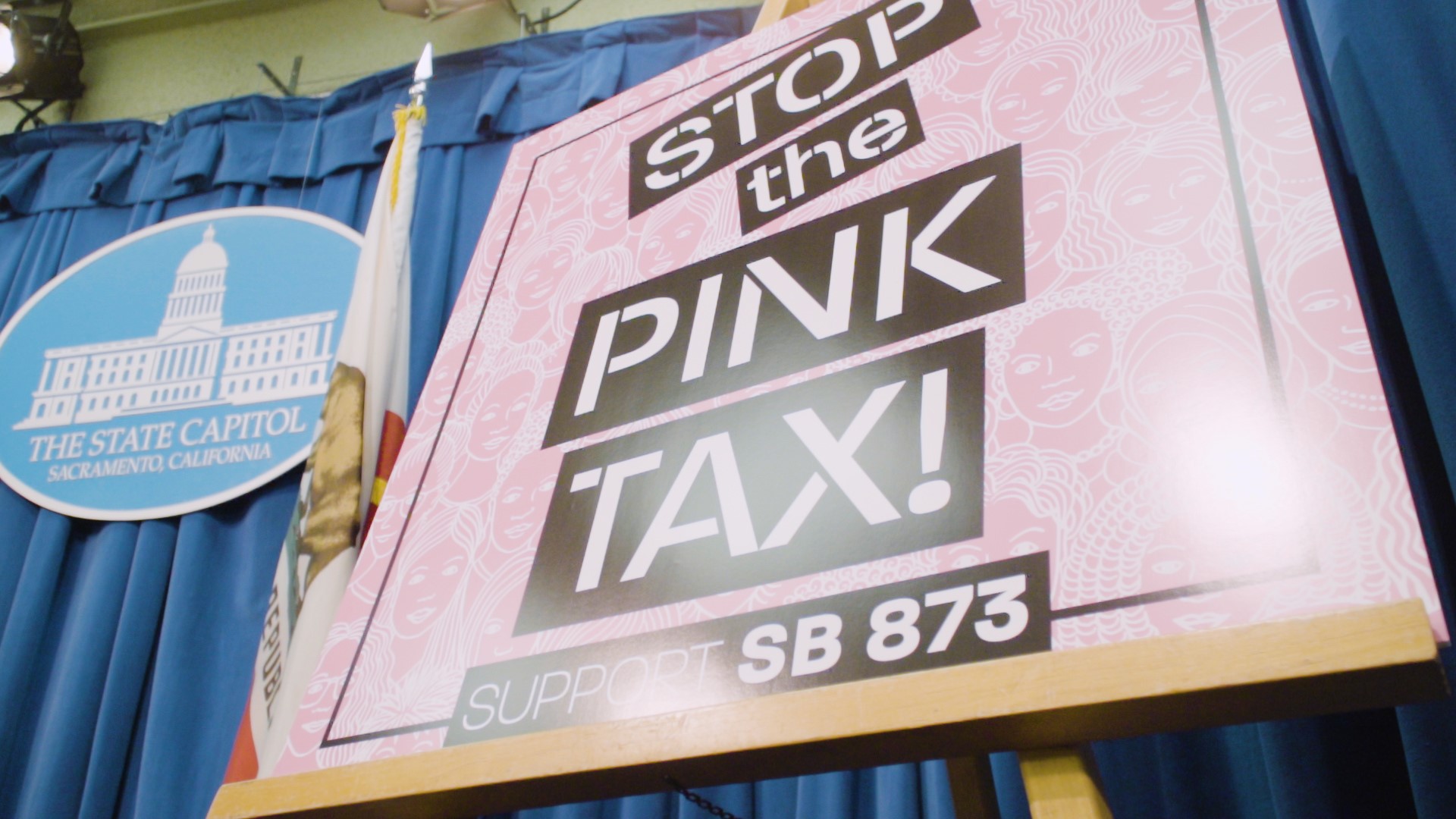 SACRAMENTO, Calif. — "We are still being victimized," Senator Hannah-Beth Jackson said at a press conference Tuesday, speaking of women and the so-called "pink tax" that she hopes to put an end to with SB 873."Both in terms of services, but particularly in terms of products like these."

The products Jackson referred to were two soccer balls on the table. One white with a pink stripe, the other white with a blue stripe. The blue is $6.99, while the pink, clearly marketed toward girls, is $8.99. Indicating that the company is basing prices for products based on which gender they will be marketed towards, Jackson said.

"One's personal success and economic well being should not be determined by their gender," Jackson said, adding that the pink tax goes far beyond toys and actually follows women and men through their whole lifespan.

In the study, the NYC Department of Consumer Affairs examined some 800 products available nationwide — baby blankets, sports equipment, razors — and found that 42% of the time, those marketed toward women were slightly more expensive while nearly identical to the ones marketed toward men.

Price discrimination for services was banned in California in 1996, so places of businesses couldn't vary prices based on gender. But this year, Jackson is introducing SB 873 to push that further, by "banning the practice of charging different prices for goods solely on the basis of gender."