Trona is a small town that has become a destination for the curious, thanks to California’s largest earthquakes in more than 20 years! 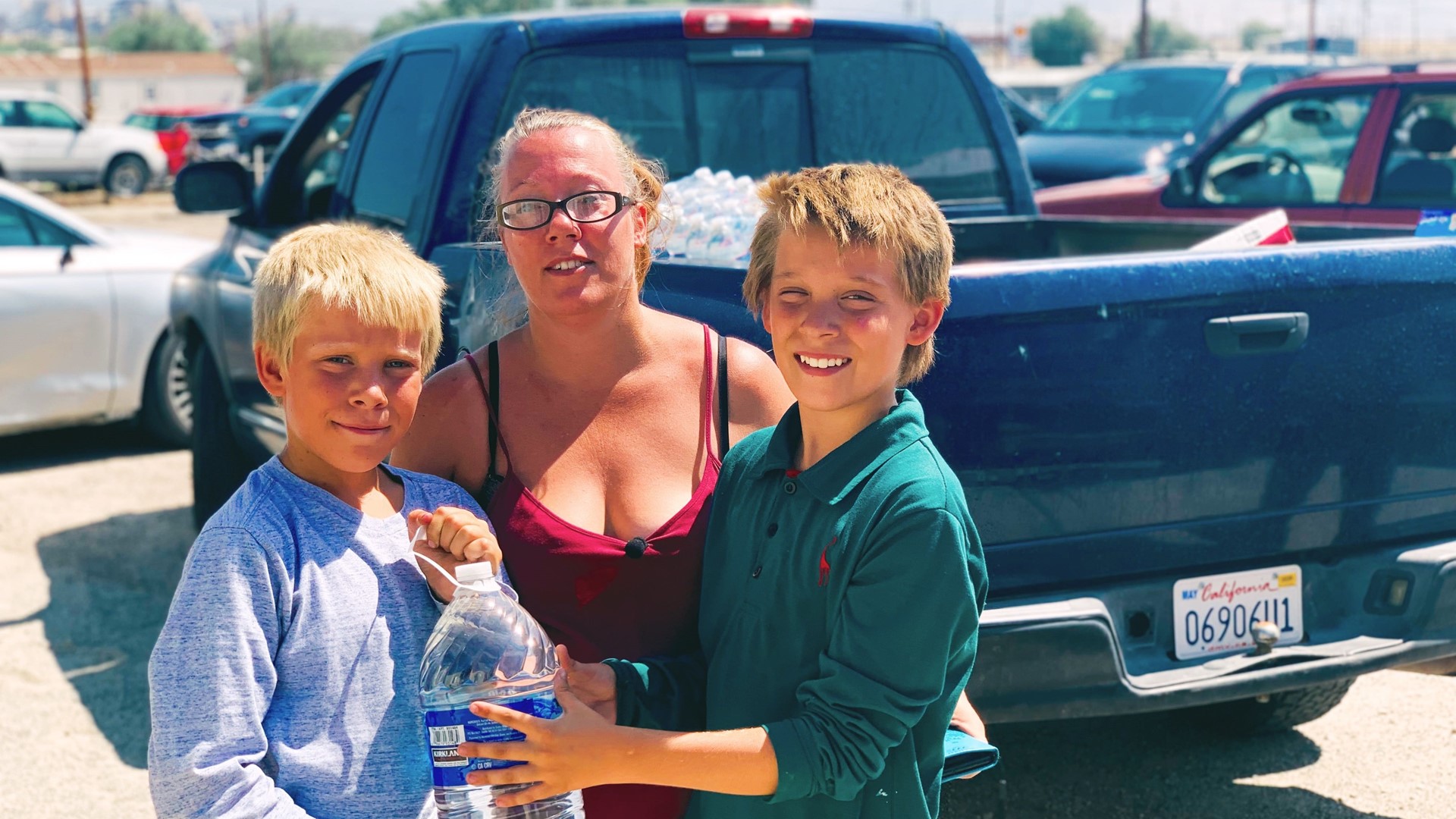 TRONA, Calif. — In the small community of Trona, California, there are no streets lights, no bars, no hotels. Records show the population is close to 2,000 residents, but even that is debatable.

“I really like it here. It’s really slow-paced,” said resident, Sheila Cartmel. “We have a family dollar. It’s the key.”

It’s a small town that has become a destination for the curious, thanks to California’s largest earthquakes in more than 20 years!

“I’m not sure how many people are here it’s pretty small. Graduating class of the high school is 12, 15,” said Cartmel.

However, for people who live here, this is not a spectacle. This is Jessica’s Schultz’s hometown.

“It was very scary. I grabbed the baby and it was waves. It wasn’t a shock. It was waves going like this in the middle of the road. We fell down to our knees and I just held on to my baby waiting it out,” Schultz recalled.

ABC10 met her as she was picking up donations of basic necessities like food and water with her kids. At her house, she showed where the earthquake caused cracking.

Schultz and her kids now bunk in a tent in the front yard. Five of them sleep in the tent, too afraid to sleep inside.

Credit: Ananda Rochita
Jessica Schultz and her kids are living without water, AC, and is sleeping in a tent in front of her home after the earthquakes in Southern California.

“I put it up yesterday. We have a pretty big bed here, so it’s comfortable,” said Schultz.

Because of the earthquake, there’s no AC, sometimes no power, and no water.

“[We take] ‘bird baths.’ We have the big swimming pool there, so I’m using that to flush our toilets. And when it gets too hot, I let the kids jump in there,” said Schultz.

But despite living without the necessities, they’re thankful and strong.

When the crowds leave, and the earthquakes are no longer the top story, they’ll still be here, living in the desert – rebuilding, praying and hoping you’ll come to visit, just not for any earthquakes anytime soon.