The police officer made "inappropriate" comments to the citizen while reportedly following up on a call from NorthBay Medical Center. 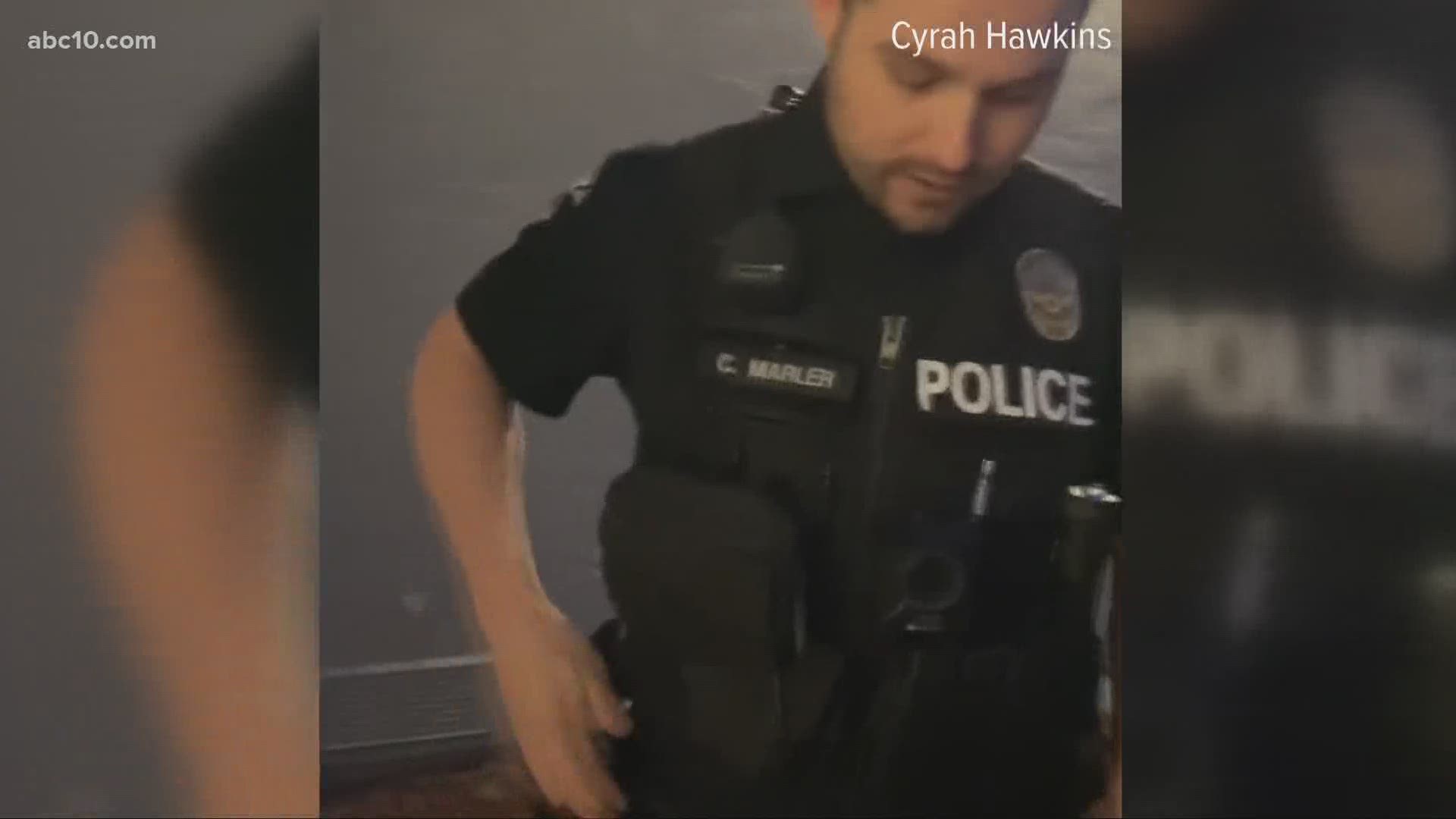 SUISUN CITY, Calif. — The police chief in Suisun City has issued an apology on behalf of a former officer following a verbal altercation between the officer and a resident.

The city of Suisun City confirmed an incident took place, writing in a community press release that “one of our Suisun City Police Officers was involved in an unfortunate interaction with a resident” during which the officer “used language that was not appropriate and not within the standards of the Suisun City Police Department.”

In an email to ABC10, Chief Aaron Roth said He was not fired, but he no longer works for our organization

The resident, Cyrah Hawkins, recorded the interaction just after the officer allegedly made those comments. That officer identifies himself as "Officer Marler" in the video.

In the video, Hawkins accuses Marler of telling him to “eat a d***” to which the officer responds, “I messed up. I apologize.” Hawkins also accuses the officer, upon seeing his wife, “Is that your baby mama or your girlfriend.”

You can watch the full video here, however, it does contain strong language.

The officers were reportedly following up on a call from NorthBay Medical Center to check on a woman named “Jazelle” about a 3-year-old child that had ingested nail polish remover. The officers also ask if Hawkins has a 14-year-old son.

Suisun City Police Chief Aaron Roth also issued a statement about the incident, saying, “I was very disappointed to learn about the actions of one of our officers during an interaction with a resident over the weekend. The incident and the officer’s behavior are not indicative of the values of this organization, nor are they a reflection of the hard work of the women and men of this department.”

Click here to see the chief’s full statement, as well as the city’s community press release.

ABC10’s Van Tieu is looking into this incident. She will have more on this story this evening.