A new musical debuting at Granite Bay High School addresses the pressure high school students feel to get good grades. When the college admissions scandal broke, the writers were shocked at how their art mirrored life. 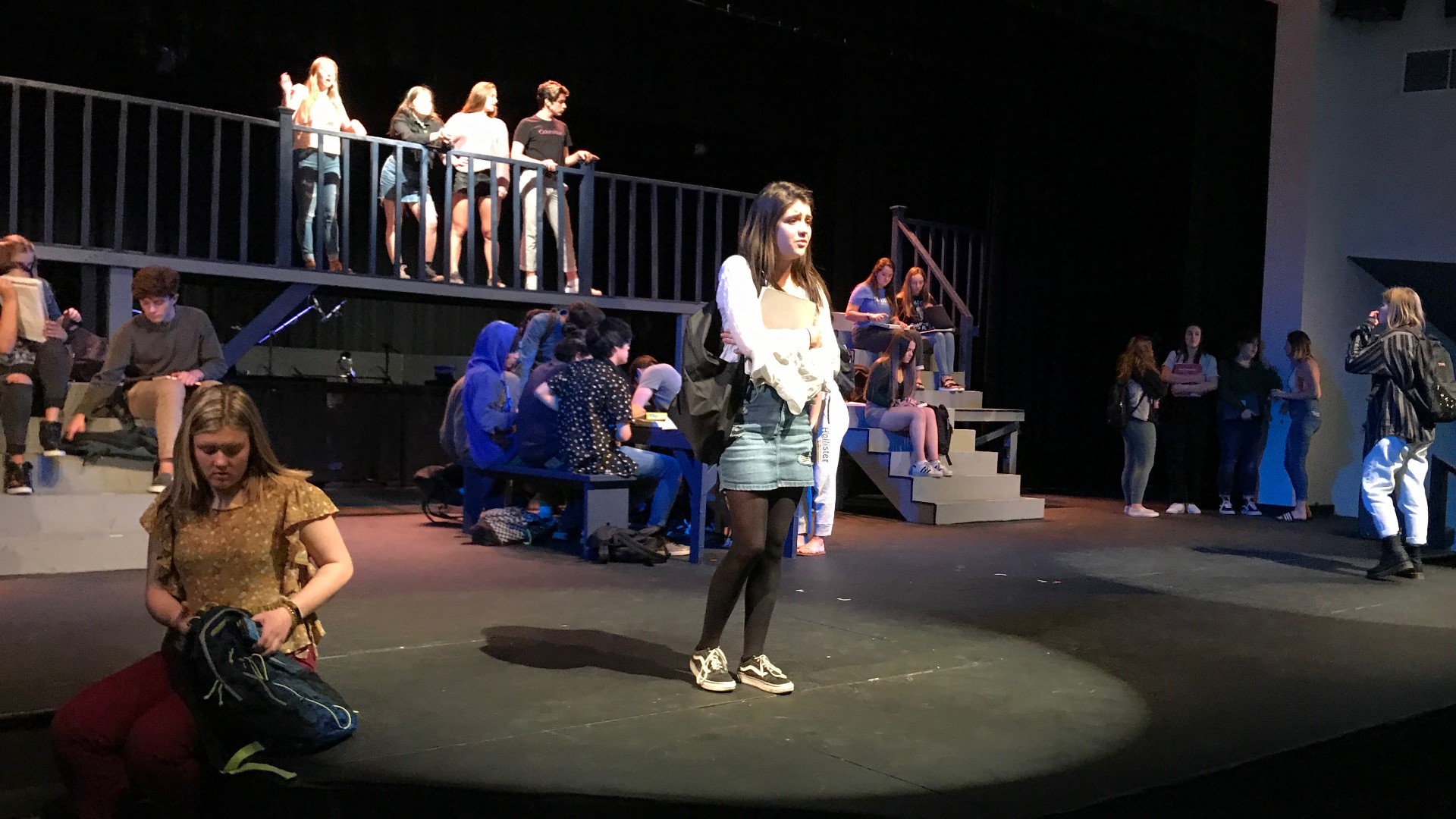 Kyle Holmes, GBHS’s director of theatre arts, wrote the script for “Ranked: A New Musical.” He collaborated with David Taylor Gomes, who composed the music and wrote the lyrics for the show’s songs.

"Ranked tells the story of really high-achieving students doing whatever they can to succeed,” Gomes told ABC10 News.

"One of the crazy things is, the main story in our play…is a character whose parents are paying for his grades,” Holmes said.

The pair started writing and composing the show in June. When news of the college admissions scandal broke in mid-March, their jaws dropped.

"When we saw these headlines playing out, it was like we were reading the plot of our show,” Holmes said, citing the news that wealthy parents had bribed college admissions officials, coaches and test-administrators to boost their kids’ scores and get them into elite schools.

“These kids had no idea. They're at college, finding out that their parents lied to get them in. Their worlds are destroyed,” Holmes recalled, “and we're like, 'That's our play!'"

"It was an interesting experience when the college cheating scandal hit the news,” Gomes said. “We always felt like things like that happened, but the timing of it has just been so serendipitous.”

The coincidence, Gomes said, is surreal, “like, we can't believe that our story came true."

“It's horrible that people are, like, going above and beyond in this pressure enough to be doing illegal things," she said.

Gattani plays the role of Jordan in “Ranked” and says the pressure the teen characters are facing in the musical mirrors the pressure she and her friends feel in real life.

"In our show, we don't talk about it, but, like, there is correlations of depression and anxiety and teen suicide,” Holmes said. “We’re doing this (musical) because we love these kids, and it’s so hard for us to see them go through what they go through and the pressure and the stress.”

Gattani wants students who see this show to take away a measure of empowerment.

"There are always going to be expectations put on you, by yourself, by your parents, by society,” Gattani said. “It is important to, while balancing those expectations, understand how to advocate for yourself."

Holmes and Gomes hope their musical can have an impact beyond Granite Bay.

"I want kids to be able to voice that, like, this is their reality,” he said. “The adults in my life, like, please listen to us. Please take us seriously. Like, this is what we're going through."

In writing and composing “Ranked,” the pair conducted focus groups with their students at Granite Bay, asking them about the real-life pressures they face.

The coincidence of the show’s plot with the national college admissions scandal has brought extra attention to this high school production. NPR and BroadwayWorld.com are among the national outlets that have profiled this production.

“Ranked: A New Musical” is playing Thursday, Friday and Saturday at 7 p.m. It is available for high schools, colleges and other production companies to perform, details are on the show’s website.