The colorful story behind Salvation Mountain in Slab City, California. 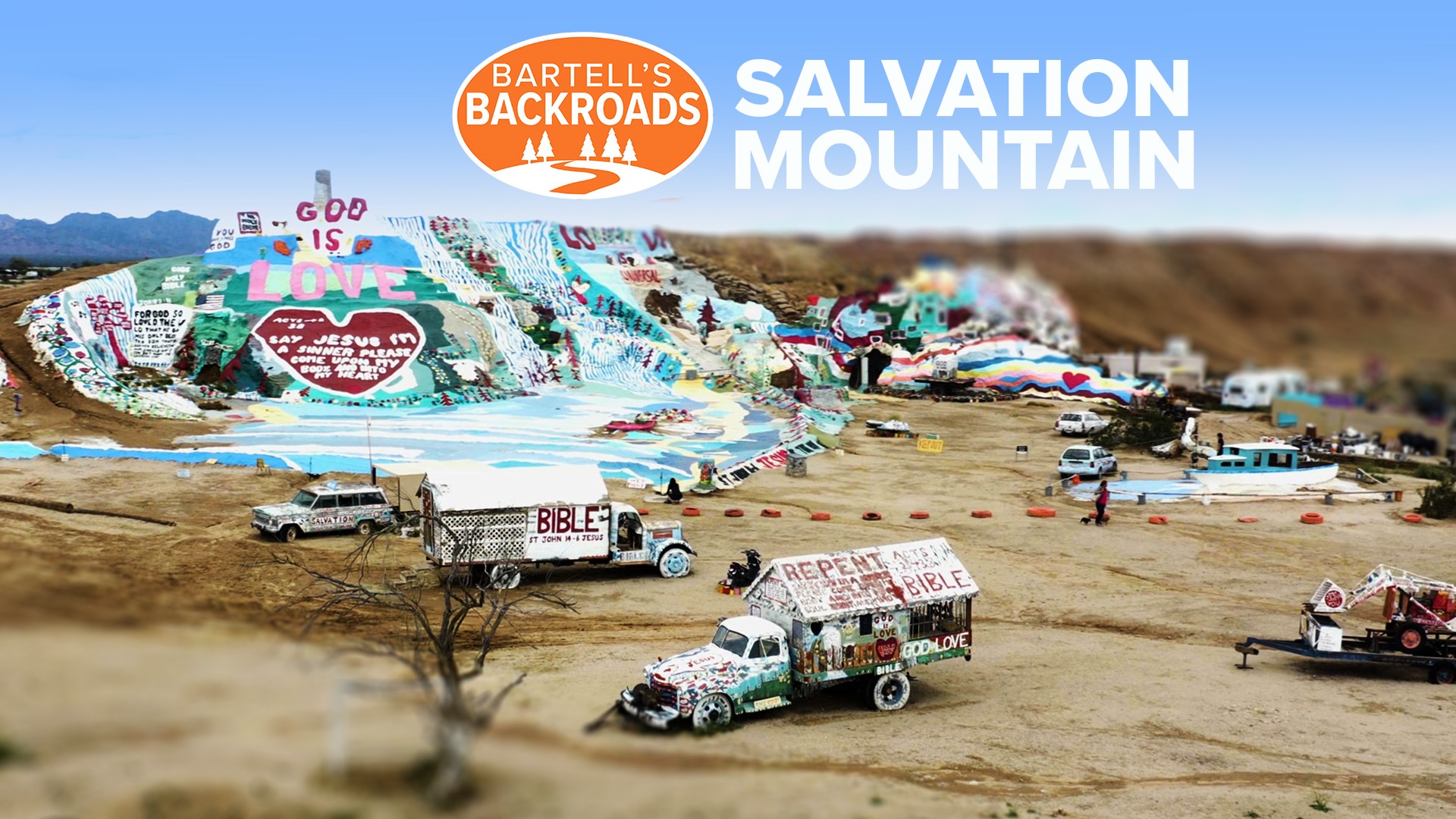 SLAB CITY, Calif. — Just off Imperial County’s Highway 111 and the Salton Sea you’ll find “The Last Free Place in America.” It’s home to artist, vagabonds, and squatters. Here, rules, law, and land ownership exist only in the minds of people who’ve been here the longest. This place is called Slab City.

Today, this self-governed desert community is broken up in two parts: Slab City and East Jesus. The divide is a whole separate story, but before all that, back in 1940 Slab City was Camp Dunlap, a Marine barracks. After World War II, Camp Dunlap was decommissioned and wanderers from all over started camping on the abandoned concrete slabs.

Art and experimental constructions can be found all over Slab City, but one of the most notable features is Salvation Mountain. The colorful football-field-sized hillside is a tribute to love and God. Longtime resident “Builder Bill,” as he is known, helped build the mountain with the late Leonard Knight.

“Leonard and I put in these overhead beams,” said Bill as he pointed to the mud-covered logs buried into the hillside.

Salvation Mountain was Leonard Knight's 28-year passion project which he started after a strange turn of events.

Before the Mountain, Leonard Knight thought he could spread the Word of God by building a hot air balloon. After bumming around the country, he ended up in Slab City where he attempted to fly it.

“It had been traveling in the trailer so long it rotted out,” Bill said.

Mud Straw and an estimated 100,000 gallons of paint hold the mountain together. “It needs constant maintenance,” Bill said. At one point in time, it was considered a toxic hazard, but that was forgotten in 2002 when the mountain was designated as a Congressional National Folk-Art National Treasure.

Salvation Mountain gained a lot of attention after it was featured in the 2007 film "Into the Wild."

Just 35 miles from Santa Barbara, Solvang is a throwback to historic Denmark. This story was recorded pre-pandemic so there are no masks and social distancing isn't observed.